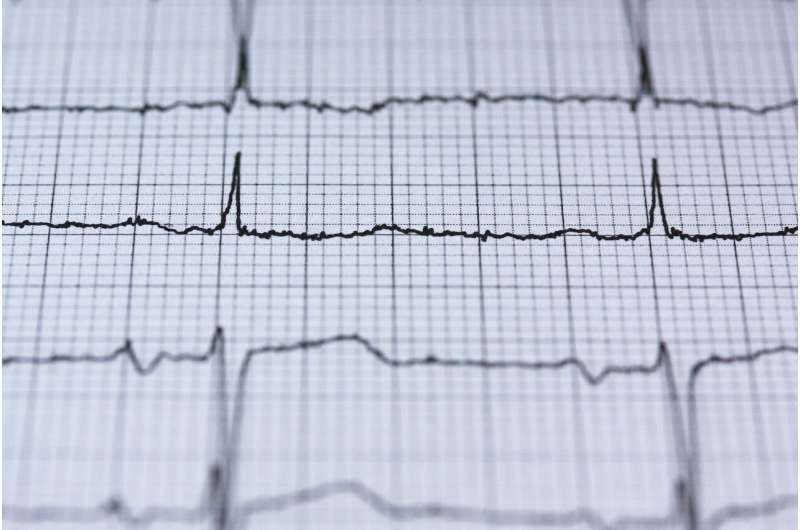 The study findings were published in JAMA Oncology.

The formulas in this study are based on how the cardiac system recharges itself after each heartbeat. In reading an electrocardiogram (ECG), heartbeat spikes and bumps, called P through U waves, indicate when the heart is contracting and relaxing. The interval between the start of the Q wave and end of the T wave, when prolonged, is of most concern for people receiving chemotherapy. When the heart muscle takes a comparatively longer time to contract and relax than usual, which is known as QT prolongation, it may increase the risk of developing abnormal heart rhythms that can lead to sudden cardiac arrest.

In their study of different formulas, the researchers discovered that one formula, the Bazett formula, was associated with a three-fold increase in the corrected QT interval compared to other formulas used with oncology patients. The overestimation of the QT interval by the Bazett formula can potentially lead to misguided chemotherapy modification that can impact clinical care.

“The mathematics that determine a QT formula matters because if an inappropriate formula is used, it could lead oncologists to reduce chemotherapy unnecessarily and possibly affect the potential for cure,” said Daniel R. Richardson, MD, MSc, assistant professor of medicine at UNC Lineberger and corresponding author of the article. “The differences we found between QT formula were pretty striking and we did not anticipate the magnitude of difference when we started this project. It certainly has changed how I treat patients.”

The researchers looked at medical records of 6,881 adult cancer patients who received 24 different types of chemotherapy between 2010 and 2020. The patients were seen at the North Carolina Basnight Cancer Hospital and received nearly 20,000 ECGs.

The investigators found that the Bazett formula resulted in longer QT prolongation periods than two other formulas (Framingham and Fridericia) in 40.9% of ECGs examined; this was concerning as Bazett is the default formula used with many ECG devices.

“We initially discovered this problem while treating a patient with acute promyelocytic leukemia with arsenic trioxide, a drug known to cause QT prolongation. We realized that there was inconsistent guidance about how to assess the QT interval with this drug and what values should lead to dose reductions,” said senior author Joshua F. Zeidner, MD, an associate professor of medicine and chief of leukemia research at UNC Lineberger. “The clinical protocol that ultimately led to the approval of this drug used a very specific QT formula—Framingham—and we were using a different formula—Bazett—to guide our treatment decisions. Prior to this discovery, most of us were not aware that there were multiple formulas available for corrected QT intervals. The findings from this study have been practice changing as we no longer recommend the Bazett formula for clinical guidance.”

For their next steps, the researchers are considering conducting a study evaluating oncologist’s and pharmacist’s awareness of the different QT prolongation formulas and their impact as this would help researchers better grasp the magnitude of the issue. Primarily, though, the researchers want to advocate for an understanding of the effect of formula choice on outcomes and to advocate for standardization when assessing oncology patients.