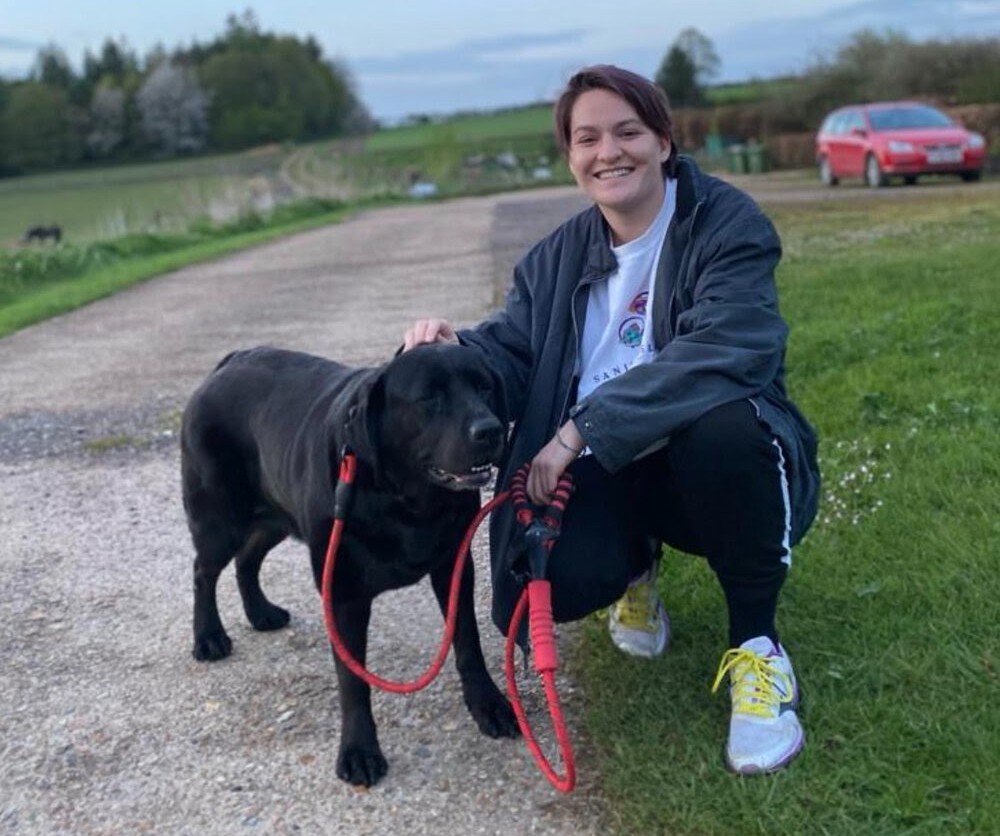 Imagine going to a specialist doctor and looking around the waiting room to see everyone is a different gender to you. They’re all staring at you, wondering why you’re there.

On the posters, in the magazines, behind the desk, in the chairs around you – no one looks like you.

As a nonbinary person with symptoms of endometriosis, this is my reality.

I first got my period when I was 12 years old, after my family relocated from London to Florida. At the start, the periods weren’t too awful but only a couple of years later, they became vicious.

During my period, I have muscle cramps that double me over, numbness in my feet, exhaustion that makes even lifting my arms difficult, and migraines even after my period ends.

My symptoms also heighten nerve pain and brain fog from fibromyalgia – a chronic pain condition. It feels like there’s glue in my spinal nerves but they’re somehow also on fire, which makes basic tasks like talking, eating and sleeping difficult for nearly half the month.

I’ll never forget one specific incident when I was driving home from school one day at 16 years old after just getting my licence.

As I reached the end of the first bridge on the causeway – surrounded by gorgeous tropical scenery and azure blue water – I suddenly got a violent urge to vomit. I pulled over in a haze, did what needed to be done and then tried not to faint while I continued driving home. I crawled into bed and couldn’t get out of it until four days later.

I always knew these extreme bouts of nausea and fatigue were related to my period.

Around the same time my periods began to incapacitate my normal day-to-day life – when I was in university in Boston – I started to realise I was nonbinary (not strictly ‘girl’ or ‘boy’ but somewhere in the middle).

Experiencing menstruation as a trans person is bizarre because all of the horrible experiences that some cisgender women claim ‘make them a woman’ are experienced by trans men and nonbinary people daily. Even some trans women get monthly period cramps after being on hormone replacement therapy (HRT).

Unfortunately, not everyone has understood or even been supportive of my gender identity – especially when it comes to discussing my periods with medical professionals.

When I go to a doctor, I am frequently looked down upon as a silly little girl and they assume I don’t understand the terminology and science. Even when I explain I’m getting my master’s degree, I am still clueless to them unless I bring in a parent to parrot everything I say – even though I’m 25 years old with a degree in neuroscience.

When I tell them I’m nonbinary, it tends to get much worse. Clinicians either dismiss me as soon as possible, require me to teach them what ‘nonbinary’ means and also what a ‘pronoun’ is or nod and smile and pretend they understand what I’m saying.

For example, after my university graduation, I had an appointment with a doctor about my severe period pain. He asked me what was wrong and everything came tumbling out at once – fibromyalgia, crippling periods, nonbinary, anxiety.

Within five minutes – and after trying to describe gender as a spectrum – he dismissed me. The doctor just said ‘that’s not a thing’ and then continued to misgender me.

But that’s not rare – I’ve had this exact same experience with at least two or three doctors. He also told me to ‘try tai chi’ for my pain, as I was already taking antidepressants.

Only once has a doctor already known what my gender identity means – he was a young gay man – had coincidentally just completed training on trans inclusivity.

He seamlessly switched to using ‘they/them’ pronouns for me but even he wasn’t able to give me any relief from any symptoms.

So, I ask you this: if I see dozens of doctors – supposedly in some of the best hospitals in the world – and am forced to give them an entire lecture on the gender binary and trans inclusivity, why am I the one paying them?

When I go to the doctor, it appears I have two binary options – pretend I’m a cis woman and be misgendered, or go through the never-ending process of medically and legally transitioning, only to eventually be misgendered on paper anyway.

During my search for an endometriosis diagnosis, I had a laparoscopy and biopsy in August 2020, because it is considered the ‘gold standard’ in diagnosing endometriosis.

Having surgery in a pandemic doesn’t sound fun, but it was as comfortable as could be and I trusted my surgeon.

The next day, my surgeon told me he didn’t identify any abnormalities at all – a ‘perfectly healthy uterus’ – something that should come with balloons, but instead came with uncontrollable tears as I was recovering from anaesthetic.

For a disease to prevalent, it’s astounding that accurate diagnosis and treatment is so hard to come by

This means that today, I still don’t have a diagnosis or relief from my symptoms. It’s endlessly frustrating, especially after over a decade when I know it’s coming every month and there’s nothing I can do to ease the pain besides remain glued to my heating pad.

It’s so normalised to brush off awful menstrual symptoms as ‘just heavy periods’ that my story is not unique, and endometriosis diagnosis can take over a decade. Roughly one in 10 people who menstruate have endometriosis.

For a disease so prevalent, it’s astounding that accurate diagnosis and treatment is so hard to come by. Being dismissed and shuffled around by healthcare professionals can be incredibly isolating, but it’s only further compounded by racism, classism, poverty, ableism, homophobia, and transphobia.

In my search for support and answers, I found an app and community of endometriosis sufferers just like me who share their stories and support. It also provides credible resources, helping people to manage their symptoms, find alternative treatment options and seek advice on how to talk to loved ones about the condition.

Before finding this community of people, I had used basic tracking apps to plan ahead, so I could avoid extra stress or work during my period sporadically for years, but they all mentioned femininity and womanhood frequently.

When I started coming out, it was impossible to use these apps as they set off my gender dysphoria. Anything that reminded me that people view me as a woman was unnecessary.

I was pleasantly surprised to see that the app – Frendo – didn’t mention womanhood. It’s tiny changes like this that ease gender dysphoria for trans people. They are often simple changes, but cis people don’t have to think about them, so exclusionary language slips by undetected if there are no trans people being consulted.

Everything you read when you research endometriosis focuses on it being a ‘women’s issue’ rather than a ‘reproductive issue’.

When I started getting really sick, my stress and dysphoria would exacerbate my periods and vice versa. It was suffocating being in so much pain and being dismissed constantly.

If my parents hadn’t insisted that I come back to the UK, I simply wouldn’t have been able to take care of myself.

Trans and nonbinary people are here, whether you believe we exist or not, and we need better healthcare.

I hope that in the future, the UK Government recognises its shortcomings in protecting trans people from abuse in healthcare, out in the world and at home. At the very least, I want a nonbinary passport.

We can all do the same and try our best to be kinder, more open and inclusive and to have the difficult conversations we avoid.