As a person’s weight goes up, all regions of the brain go down in activity and blood flow, according to a new brain imaging study in the Journal of Alzheimer’s Disease.

“This study shows that being overweight or obese seriously impacts brain activity and increases the risk for Alzheimer’s disease as well as many other psychiatric and cognitive conditions,” explained Daniel G. Amen, MD, the study’s lead author and founder of Amen Clinics, one of the leading brain-centered mental health clinics in the United States.

Striking patterns of progressively reduced blood flow were found in virtually all regions of the brain across categories of underweight, normal weight, overweight, obesity, and morbid obesity. These were noted while participants were in a resting state as well as while performing a concentration task. In particular, brain areas noted to be vulnerable to Alzheimer’s disease, the temporal and parietal lobes, hippocampus, posterior cingulate gyrus, and precuneus, were found to have reduced blood flow along the spectrum of weight classification from normal weight to overweight, obese, and morbidly obese. 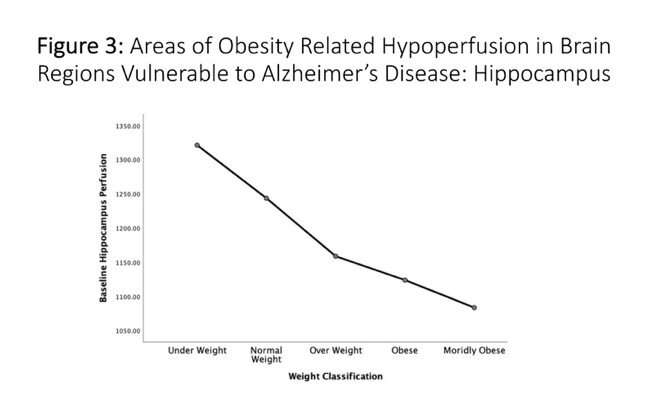 Considering the latest statistics showing that 72% of Americans are overweight of whom 42% are obese, this is distressing news for America’s mental and cognitive health.

Commenting on this study, George Perry, Ph.D., Editor-in-Chief of the Journal of Alzheimer’s Disease and Semmes Foundation Distinguished University Chair in Neurobiology at The University of Texas at San Antonio, stated, “Acceptance that Alzheimer’s disease is a lifestyle disease, little different from other age-related diseases, that is the sum of a lifetime is the most important breakthrough of the decade. Dr. Amen and collaborators provide compelling evidence that obesity alters blood supply to the brain to shrink the brain and promote Alzheimer’s disease. This is a major advance because it directly demonstrates how the brain responds to our body.” 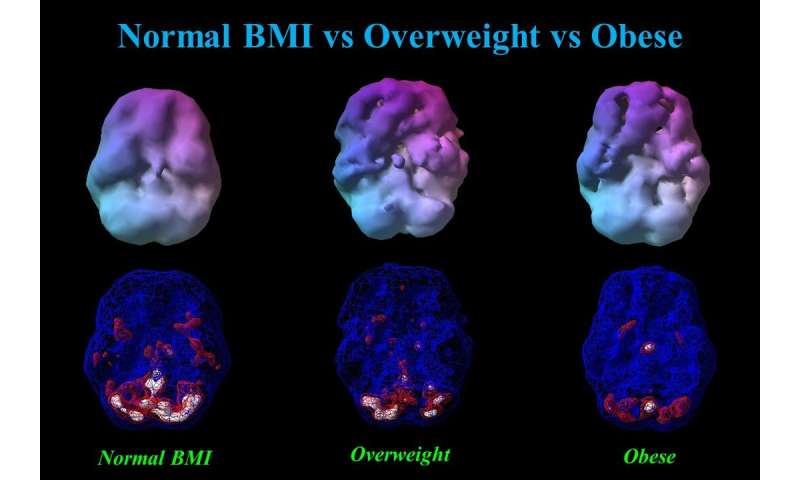 This study highlights the need to address obesity as a target for interventions designed to improve brain function, be they Alzheimer disease prevention initiatives or attempts to optimize cognition in younger populations. Such work will be crucial in improving outcomes across all age groups.