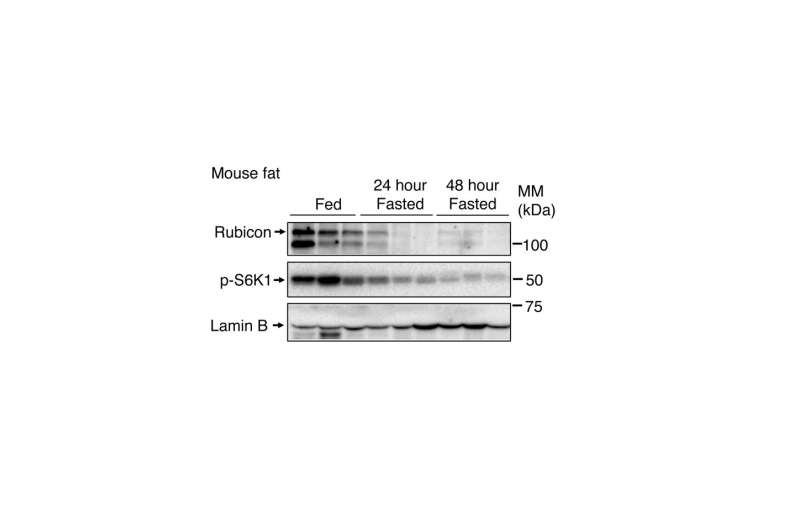 The coming of spring harkens spring cleaning; a time to de-clutter your home and discard things that are no longer needed. In the body, a cellular process calledautophagy occurs regularly to “de-clutter” our cells. Recently, researchers in Japan have shed new light on the relationship between this process and the body’s metabolic response to fasting.

In a new study published in Autophagy, researchers led by Osaka University investigated the role of autophagy. Autophagy is the process by which unwanted cellular components are eliminated via degradation, during fasting conditions.

Previous studies have shown that fasting causes fat tissue, also known as adipose tissue, to break down, which leads to hepatic steatosis (an accumulation of fat in the liver) and ketogenesis (the production of ketones, which are by-products of fat breakdown). A gene called Rubicon Autophagy Regulator (RUBCN) acts as a negative regulator of autophagy, meaning that it functions to suppress autophagy. The research team led by Osaka University previously demonstrated that the loss of RUBCN in fat tissue during aging leads to systemic fat loss. Because RUBCN levels are also reduced during fasting, the researchers hypothesized that this reduction may promote fat loss through the upregulation of autophagy.

“We wanted to further our understanding of how autophagy is involved in the body’s metabolic response to fasting,” says lead author Tadashi Yamamuro. “To do so, we evaluated the effects of modulating autophagy in the adipose cells of fed and fasting mice.” 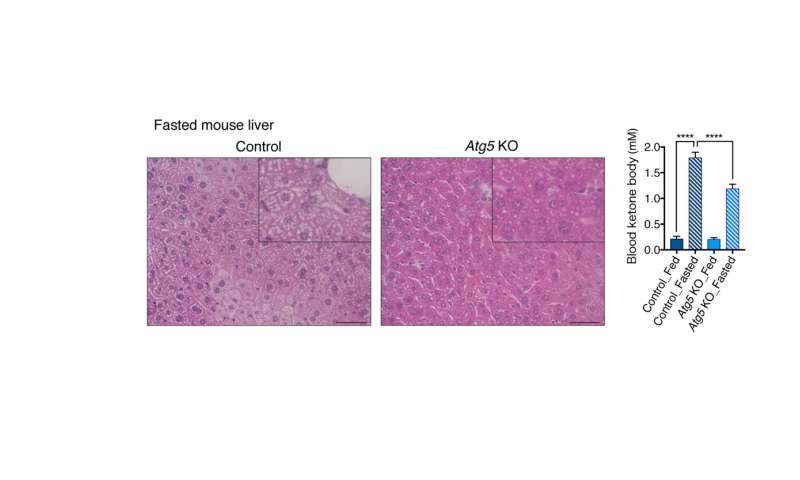 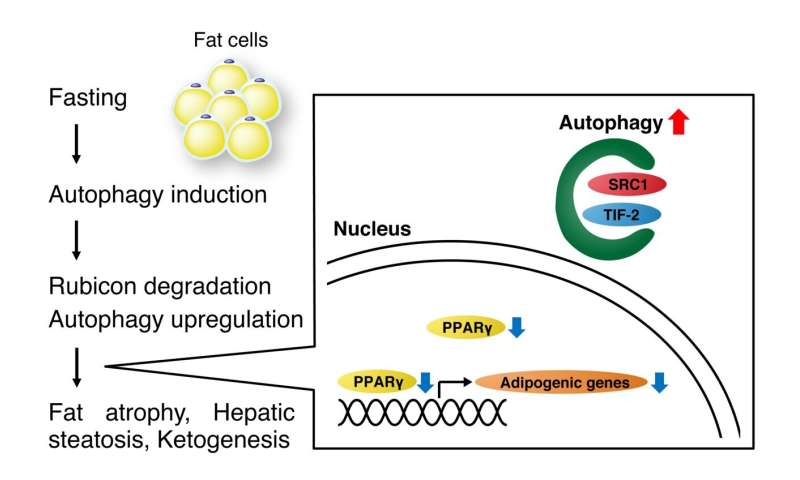 The researchers also found that fasted control mice exhibited a substantial decrease in the expression of adipogenic, or fat-promoting, genes. In ATG5 knockout mice, this reduction was not observed, indicating that autophagy plays a role in the reduction of adipogenic gene expression.