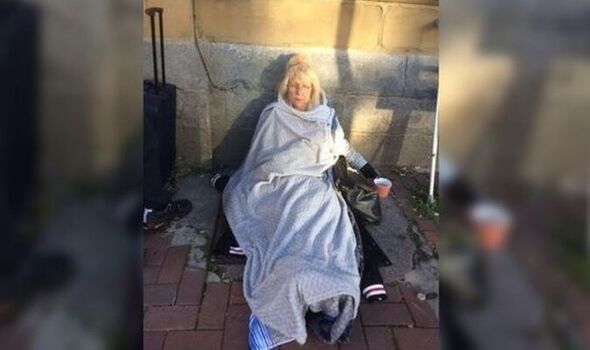 We use your sign-up to provide content in ways you’ve consented to and to improve our understanding of you. This may include adverts from us and 3rd parties based on our understanding. You can unsubscribe at any time. More info

A gran was left lying on the freezing floor for four and a half hours while she waited for an ambulance.

Rose David had just got back from a weekend away with her son Nathan, 28, and had been walking home with her suitcase when she tripped over a loose brick on the ground.

The 68-year-old immediately felt pain in her back, hip, and neck, so her son phoned 999.

The call handler told Nathan to keep Rose on the floor as they suspected she had a broken hip.

Rose’s daughter, Kerris David, 45, received a call from Nathan at around 3pm on October 17, telling her about their mum’s accident on Bebington Road in New Ferry, Merseyside.

She arrived moments later and said she was horrified to see her mum lying on the “freezing floor”.

She told The Liverpool Echo: “I called back around an hour after and the call handler said the next vehicle would be for her and we should only be waiting another 30/40 minutes.

“I went home for a little bit and somebody knocked on my door another hour later to tell me she was still lying there in the street.

“I ran back with fleece blankets to wrap her up, because it was absolutely freezing, by this point it was 7pm.

“It was horrifying, he was shivering and stopped breathing at one point.

“She couldn’t move and it felt like no end was in sight.

“All I could think was that I didn’t want my mum to die lying on the freezing cold floor.

An ambulance for Rose arrived at around 7.30pm, four and a half hours after she fell, and took her to hospital.

Kerris said her mum was taken for tests and was then put in a corridor overnight as there were no rooms available.

She has now been admitted into a bay for observation.

The incident left Kerris and Nathan feeling “heartbroken” and they wished to share their mum’s story to show the true cost of NHS cuts in Merseyside.

A North West Ambulance Service spokesperson said: “We are sorry about the length of time it took to reach Ms David. Of course, this is not what we want for our patients.

“We are all working very hard to ensure everyone who needs an ambulance gets one.

“However, the NHS remains under extreme pressure, and while patients suffering from life-threatening conditions will receive the next available ambulance, some patients are waiting longer than we would like.

“We wish her a full and swift recovery and invite her or her family to contact our patient safety team if they would like us to look into the incident more closely.”