The pandemic has changed our lives in many ways, including the way many of us exercise. With gyms closed for extended periods and no rush to commute to the office, we have had an opportunity to find our own rhythms and experiment with moving in different ways. 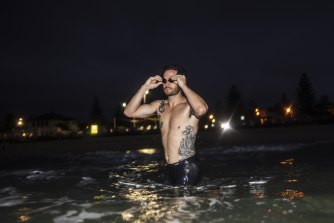 Prior to COVID-19 lockdowns, 51 per cent of our physical activity took place in fitness centres and via personal trainers, according to research by AUSactive, The Leadership Factor and Deakin University.

Since the lockdowns, however, we’ve been more open to exploring other ways of being active.

But will these changes last as we all return to the office? Has COVID changed our exercise habits for good?

Pre-pandemic, Beatty was a semi-committed, semi-regular gymgoer. “I’d skip sessions because I was, in my head, too busy, or I’d turn up and be only half committed,” he says. “It was enough to get me out and say ‘I’ve been to the gym’ but I wasn’t feeling the benefits.”

Working from home and unable to socialise or go to the gym created an expanse of time when he could play around with what he did and when he did it.

The father of one began running, ocean swimming, doing online Pilates and even meditating.

“I was doing something every day,” says the Bondi resident, who enjoyed escaping the “four walls” of home and the gym. “Being in an office environment, half the time you don’t even feel like you’ve got time for a lunch break. At home, I’d try and use exercise to break up my day. Having that flexibility and being able to exercise or take a break on your terms felt quite empowering.”

And the more he did, the more he discovered what he enjoyed doing. It became an integral part of his day: “It was like a snowball effect where it was like ‘this is a different me’. I just felt like I had more energy.” 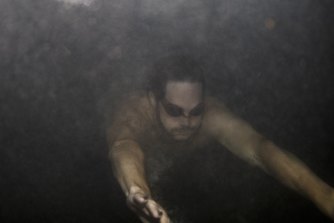 Justin Beatty found a love of ocean swimming during the pandemic.Credit:Brook Mitchell

An analysis by the University of Sydney revealed interest in exercise in April 2020 was at an all-time high. Since then, separate research has found more of us have tried mountain biking or bushwalking, swimming, yoga, golf or tennis. Data from Apple tracking more than 18 million workouts suggests walking, running, and cycling have become our favourite ways to move.

Sydney University epidemiologist Melody Ding says it’s too early to tell whether our fledgling exercise habits are here to stay.

“I don’t think there’s any country that has left COVID behind and gone back into ‘normal life’ for us to look for evidence,” she adds.

Generally speaking, she says behaviours are reinforcing when they are enjoyable. If people have discovered activities they find more gratifying, as Beatty did, then they are more likely to stick to them.

“If you ask people to exercise so they don’t get heart disease in 50 years, they’re not going to do that,” Ding says.

The greater flexibility of workplaces and likelihood of hybrid models of working may also allow us to maintain any positive changes to the way we move.

“There are environmental changes too, like new bike paths, that are hopefully going to lead to people keeping their habit if they picked up cycling during the pandemic,” Ding says.

According to City of Sydney data, over the last month people took as many as 1700 bike trips a day on CBD and inner Sydney cycleways.

Cycling in Melbourne’s city dropped to 50 per cent of pre-COVID levels, which was about 15,000 bike trips daily, due to people working from home but grew by 200 per cent outside the CBD.

The return to the workplace may change the way we have been exercising in other ways too.

The demand for at-home workout apps and at-home fitness brands like Peloton surged during the pandemic, but if we follow the trend in the United States, this may drop off as gyms and fitness studios reopen.

Barrie Elvish, CEO of AUSactive, the health and fitness industry’s association, says people were returning to gyms steadily before Omicron, when about 35 per cent of people suspended their memberships.

Despite the sector being “trashed” as high-risk for COVID transmission, he anticipates people will return again for the social aspect, classes and range of equipment.

“[The pandemic] has put the spotlight on us to lift our game in terms of sanitation and health, which is good,” he says, adding that health and fitness literacy have improved over the last two years: “As a result of COVID … there seems to be an increased awareness of exercise across the general population now – not just for the physical but for the mental benefits.”

Ding agrees. “I hope that people, from going through this major health crisis for two years, start to value health more than before,” she says. “To be a fully healthy person you need physical health, mental health and social health – all of that has been disrupted by the pandemic.”

Elvish would like to see exercise vouchers provided to all Australians, while Ding warns that inequalities have been widened during the pandemic as people with fewer resources may have become less fit.

“We shouldn’t move on as if nothing has happened, things have to change in terms of how we invest our resources – more in terms of prevention rather than what we do when people get sick,” says Ding, who would like to see the government invest in healthy environments everyone has equal access to. “It’s much more efficient if we prevent people from getting into ICU.”

For Beatty, who says he was initially motivated by AIA’s Apple Watch rewards program (where he received an Apple watch and had repayments made for him if he reached a points-based activity target) plans to mix outdoor exercise with gym sessions as he returns to the office, fitness is no longer onerous.

“It’s a must now because I see how much easier my day is when I’m exercising and mentally and physically engaged. It’s also that sense of freedom as well.”

Make the most of your health, relationships, fitness and nutrition with our Live Well newsletter. Get it in your inbox every Monday.

Most Viewed in Lifestyle