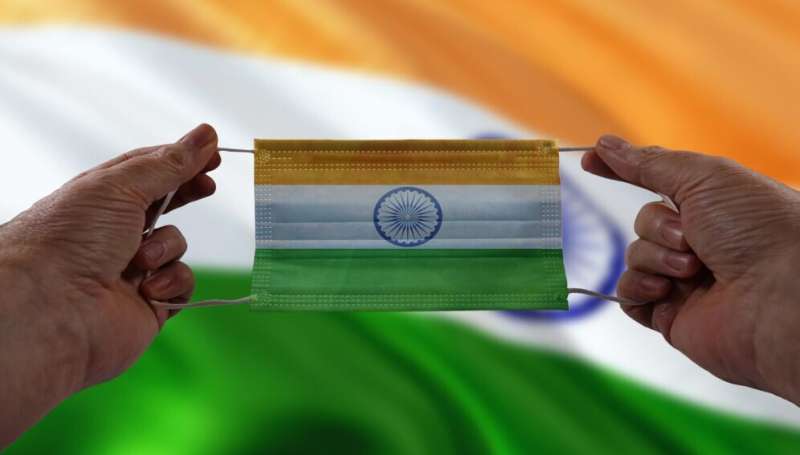 A WHO report, claiming that nearly a third of 15 million estimated global deaths from COVID-19 in 2020 and 2021 occurred in India, is being hotly contested by the Indian government for its reliance on so-called “excess deaths” data.

The WHO says excess mortality is calculated as the “difference between the number of deaths that have occurred and the number that would be expected in the absence of the pandemic based on data from earlier years.” It includes deaths associated with COVID-19 directly or indirectly—as a result of the pandemic’s impact on health systems and society.

According to the report, there were 14.91 million additional deaths in the first two years of the pandemic, over and above the 60 million people who die globally each year. The WHO estimated India’s excess mortality at 4.74 million—830,000 in 2020 and the rest in 2021.

But the Indian government rejected the WHO report as based on “statistically unsound and scientifically questionable methodology of data collection for making excess mortality projections in case of India.”

“India’s basic objection has not been with the results but rather the methodology adopted for the same,” says one of a series of official notes issued before and after the 5 May WHO report release.

A rebuttal on the same day accused the WHO of ignoring official data for 2020, published 3 May by India’s central registration system, according to which the “increase in number of deaths over previous years” was 474,806. India claims to have achieved 99.9 percent death registration by 2020.

“Owing to its large area, diversity and a population of 1.3 billion which witnessed variable severity of the pandemic both across space and time, India consistently objected to the use of one size fits all, approach and model, which may be applicable to smaller countries but cannot be applicable to India,” the 5 May release said.

So what is the truth?

“No matter how you look at it, if the crude death rate on an average is one per thousand per month, anything above that average over a period of two years can be safely taken as death due to the differentiator—in this case the only known differentiator during the 2020–2021 period was the COVID-19 pandemic,” Satya N. Mohanty, a former career bureaucrat and currently adjunct professor of economics at the Jamia Milia Islamia University in New Delhi, told SciDev.Net.

India’s health system was already overburdened when the pandemic struck, said Mohanty. Warnings by a Parliamentary standing committee report in November 2020 on the management of the pandemic had dwelt on the gross inadequacy of hospital beds and oxygen supplies.

The Parliamentary committee’s report was ignored and India’s leaders were confident enough to allow the holding of the Kumbh Mela, the world’s biggest religious gathering at Haridwar that attracted millions of pilgrims during March and April 2021. That so-called “super-spreader” event triggered a devastating second wave, marked by severe shortages of hospital beds, oxygen supplies and medicines.

Worst of all there was an epidemic within the pandemic of mucormycosis, or black fungus, which attacked many of those who did manage to get treatment for COVID-19 infection. This was attributed to the inappropriate use of steroids which can lower immunity and open the way for opportunistic infections.

Earlier assessments, such as one published in March by The Lancet, indicated the difficulty of obtaining accurate data in India. However, by using figures gleaned from the civil registration system in 12 of India’s 28 states, The Lancet arrived at the figure of four million deaths for the two pandemic years—fairly close to the WHO figures.