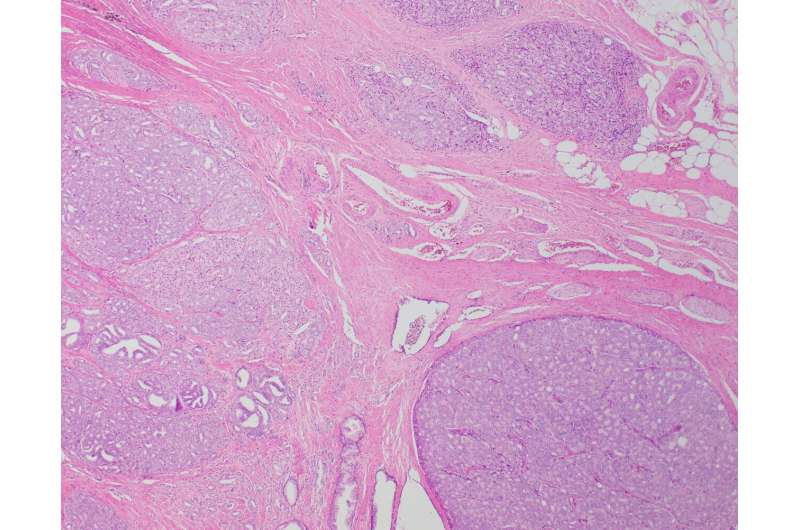 New epigenetic biomarkers to predict more aggressive forms of prostate cancer have been discovered by scientists at the Garvan Institute of Medical Research.

The biomarkers can be used in combination with traditional clinical tools to predict if a man will go on to develop a more metastatic and lethal form of the disease and could help clinicians to develop a better treatment plan.

“There’s a need for men with prostate cancer to have more personalized treatments guided by the nature of their tumors, and they can’t get that without new biomarkers that can better predict the risk of developing the lethal form the disease,” says Professor Susan Clark, Head of the Epigenetic Research lab at Garvan and lead researcher of the study.

Prostate cancer is, globally, the second most common cancer diagnosed in men. After diagnosis, about 50% of men will develop metastatic cancer during their lifetime. Typically, metastasis takes 15 or more years to develop, but a small percentage of men develop a fatal, metastatic form much earlier after diagnosis.

By identifying patients who might go on to develop this form of prostate cancer at the early stages, clinicians could begin more aggressive treatments earlier.

The new study is published in the journal Clinical and Translational Medicine.

This is one of the most long-term and comprehensive molecular studies of prostate cancer progression. The slow progression of the disease makes studying its biology difficult.

The bank of biopsies maintained for the last 20 years at Garvan and St Vincent’s Hospital, allowed the researchers to analyze samples from 185 men who had their prostate removed due to a prostate cancer diagnosis in the 1990s and 2000s. The team then tracked the number of men who survived and those who died from the disease, some more than 15 years later.

The researchers looked at their genomes and identified 1,420 regions specific to the prostate cancer where they could see epigenetic changes—marks on the DNA, known as DNA methylation. The methylation process can turn a gene’s activity up or down without altering its DNA sequence like a mutation does.

Of those regions, 18 genes were further studied, with one standing out as a key biomarker, the CACNA2D4 gene, which is involved with calcium channel regulation.

“There’s very little known about this gene and it’s not typically profiled, so we really need to understand how the methylation process may suppress the gene’s activity,” says Dr. Ruth Pidsley, first author of the study.

The team has made the comprehensive epigenome sequencing data available for other researchers to use for further prostate cancer research.

Not only did the results of the epigenome analysis show differences in men who had the lethal and non-lethal forms of prostate cancer, but the biomarkers also improved existing clinical tools for prognosis.

The new findings provide hope for a pathway to more personalized cancer treatment.

“What you really want to know on the day a patient is diagnosed, is who has the potential for lethal prostate cancer and who doesn’t, because it will change the way you treat the cancer,” says Professor Lisa Horvath an oncologist and researcher at Garvan, who was the clinical lead on the study.

“These epigenetic biomarkers have the potential to help us work out up front who has lethal prostate cancer and who doesn’t,” she says.