Paris Jackson is opening up about her famous father, Michael Jackson. Though he died in 2009 when she was just 11 years old, Jackson has fond memories of her childhood with her famous father — and in a new interview, she’s shared more details about how he influenced her beliefs and talents, and the lessons she learned from him as a father. Now a 22-year-old actress, model, and singer pursuing her own career in music, Jackson appeared on Naomi Campbell’s YouTube series “No Filter” yesterday to talk about her new album, “Wilted,” released in November, and share insights into what the King of Pop was like as a father. 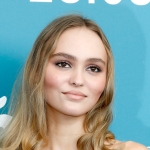 Campbell, who has known Jackson since she was a baby, describes her as “the sweetest and kindest and most polite girl I’ve ever met.” While Campbell and Jackson talked about many things in the half-hour conversation, some of the most interesting tidbits were about how Jackson remembers Michael as a father.

“My dad was really good about making sure we were cultured, making sure we were educated, and not just showing us like the glitz and glam, like hotel hopping, five-star places,” she told Campbell. “It was also like, we saw everything. We saw Third World countries. We saw every part of the spectrum.”

Jackson attributes not only her appreciation of eclectic music to her moonwalking dad, but also her strong work ethic.

“Growing up, it was about earning stuff. If we wanted five toys from FAO Schwarz or Toys R Us, we had to read five books,” she told Campbell. “It’s earning it, not just being entitled to certain things or thinking, ‘Oh, I got this.’ It’s like working for it, working hard for it — it’s, it’s something else entirely. It’s an accomplishment.”

Though Campbell suggested that Jackson was too famous to have to show up to model castings, the pop prodigy insisted that she is “a full believer that I should earn everything.”

Following her music dynasty family into the industry, Jackson credits her father’s discography and his diverse taste in music with influencing her own sound.

“He loved classical music and jazz. And hip-hop and R&B, and obviously the Motown stuff,” she said. “But also like radio’s Top 40, and he loved rock music, soft rock, The Beatles. So we grew up around all of that, and I feel like all of that somehow influences my stuff, and if you listen to my album, even there’s some movie soundtrack-like influences as well, like Hans Zimmer and Danny Elfman, as well as like rock bands like Radiohead and Manchester Orchestra.”

Though Michael Jackson’s kids rarely talk publicly about their dad, Paris’ older brother Prince also recently shared insight into what his dad was like as a parent in an interview for “The Mix.”

“I graduated, and that doesn’t mean that I stopped learning,” he added. “And my father also would say something along the lines of, ‘The minute that you stop learning is the minute that you’re going to start dying.’”

Growing up with a famous parent can be challenging, especially one as iconic and controversial as Michael Jackson. It appears, however, that Paris and her brothers are pretty regular people, all things considered.

Read about how these celebrity parents used surrogates to expand their families.