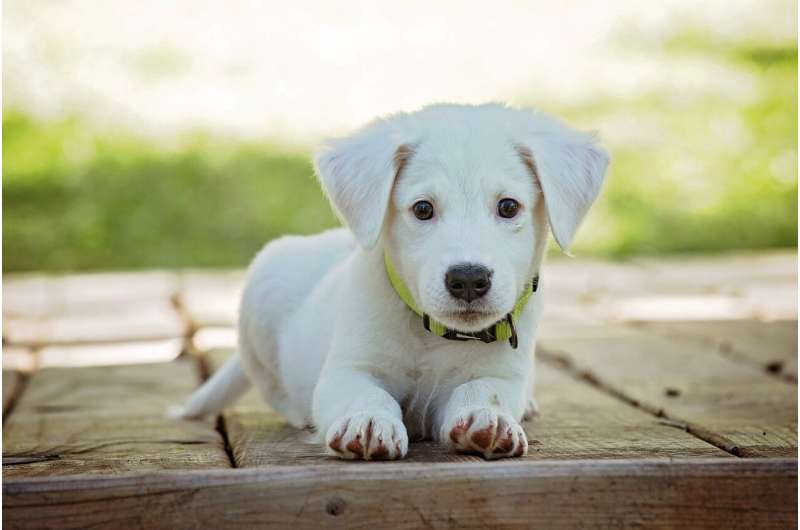 The dangerous mcr-1 gene, which provides resistance to the last-resort antibiotic colistin, has been found in four healthy humans and two pet dogs. In two cases, both dog and owner were harbouring the gene, according to new research being presented at the European Congress of Clinical Microbiology & Infectious Diseases (ECCMID) held online this year.

Since first being reported in China in 2015, the mcr-1 gene has been found in various people and animals around the world. It confers resistance to colistin, an antibiotic of last resort used to treat infections from some bacteria resistant to all other antibiotics. The nightmare scenario that could emerge is mcr-1 combining with already drug-resistant bacteria to create a truly untreatable infection.

Dr. Juliana Menezes and colleagues at the Centre of Interdisciplinary Research in Animal Health, Faculty of Veterinary Medicine, University of Lisbon, Portugal are interested in whether household pets may be acting as a reservoir of the gene and so aiding its spread in the community.

To find out, the authors looked for resistance to colistin in bacteria in faecal samples from people and pets. Samples were taken from 126 healthy people living with 102 cats and dogs in 80 households in Lisbon between February 2018 and February 2020. All of the humans and 61 of the pets were healthy. A total of 23 pets had skin and soft tissue infections (SSTI) and 18 had urinary tract infections (UTI).

Further analysis showed that the bacteria isolated from all 12 samples that were mcr-1 positive were resistant to multiple antibiotics.

In two households with dogs with SSTIs, the mcr-1 gene was found in both dog and owner. Genetic analysis of the samples suggested that in one of these two cases, the gene had been transmitted between pet and owner.

While transmission in both directions is possible, it is thought that in this case the gene passed from dog to human, says Dr. Menezes.

The owners did not have infections and so did not need treatment. The sick dogs were successfully treated.

The researchers say their results show that the mcr-1 gene can be transmitted between dogs and their owners. This raises concerns that pets can act as reservoirs of the gene and so aid the spread of resistance to precious last-line antibiotics.

Dr. Menezes adds: “Colistin is used when all other antibiotics have failed—it is a crucial treatment of last resort. If bacteria resistant to all drugs acquire this resistance gene, they would become untreatable, and that’s a scenario we must avoid at all costs.