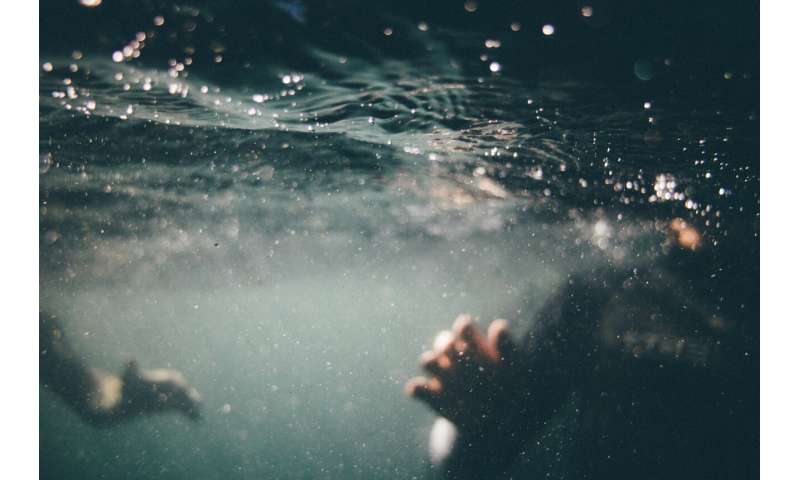 People who go in the sea are more likely to experience symptoms of illness compared to non-bathers.

The study, published in the journal Water Research, investigated sea bathers’ risk of experiencing symptoms of respiratory infections, skin ailments, ear conditions and eye infections. The authors found that 24 percent of sea bathers reported symptoms of illness, compared to just seven percent of people who did not go into the sea. They also found that sea bathers are more than three times as likely to report the occurrence of symptoms of ear ailments and more than twice as likely to report skin conditions. However, there was only weak evidence of a greater risk to bathers of experiencing symptoms of gastrointestinal illness (e.g., vomiting, diarrhea) or respiratory illness.

While visiting the coast benefits both physical and mental health, the study’s authors are urging bathers to consider where they go in order to reduce the chances of feeling ill. Although the study did not investigate the specific causes of illnesses experienced by bathers, they could be caused by bacteria or viruses present in waste water.

Professor William Gaze, of the University of Exeter Medical School, supervised the research. He said: “There are many health and well-being benefits to be gained from visiting the beach and swimming in the sea in terms of exercise, and connecting with nature. Being active in natural environments should be encouraged in general. However, it is also important that people understand how to mitigate the health risks involved so they can make informed decisions about their bathing and sporting habits.”

In England, designated bathing waters are monitored and reported by the Environment Agency throughout the bathing season, which runs from mid-May until the end of September every year. Waters are assessed for levels of bacteria, which reveal the likelihood of recent contamination by fecal material which could originate from humans or animals. Levels of these bacteria correlate well with the risk of stomach upset among bathers: the more bacteria are present, the higher the risk to bathers of experiencing symptoms such as diarrhea and stomach ache.

Dr. Anne Leonard, who conducted this survey as part of her ERDF-funded Ph.D. research at the University of Exeter, said: “We know that we have seen high rates of compliance with stricter bathing water standards in recent years- yet despite that, our study found the same odds of illness in sea bathers that we were seeing in the 1990s. The difference now is that bathers have the tools available to help them avoid these symptoms. The Environment Agency and Surfers Against Sewage are providing information on water quality and staying safe at the beach. We hope that people will do their research to increase their chances of enjoying the sea safely.”

This study builds on previous work by the team at the University of Exeter Medical School into the health risks associated with sea bathing, which has found that sea bathers in high-income countries are at increased risk of illness, and that UK surfers are more likely to harbor antibiotic resistant bacteria in their gut compared to people who stay on land.