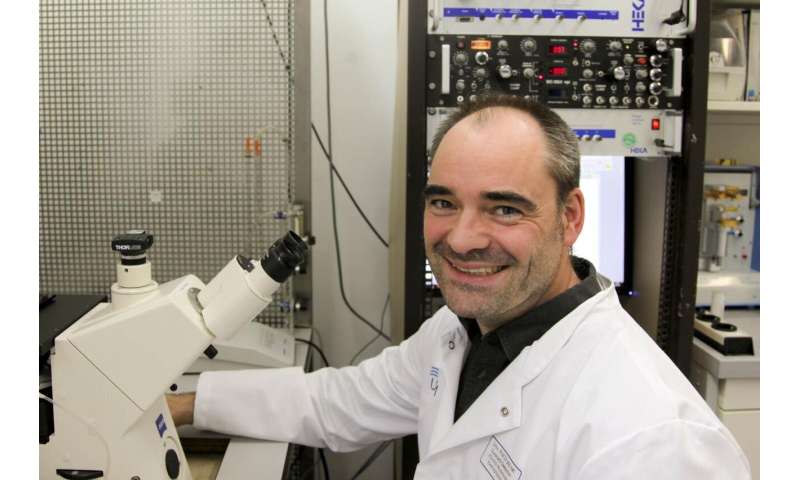 It is only 120 millionths of a millimeter in size but can bring entire countries to a standstill: the Corona virus. Even if it were to disappear one day, viral infections will still be among the most frequent and difficult-to-treat diseases in humans. Even decades of research have only produced a few standardized vaccines and strategies for treatment to combat just a small number of viruses. Nor has there been much research into viral mechanisms of action—which was a reason for Prof. Guiscard Seebohm and his team at the Institute for the Genetics of Heart Diseases of Münster University to focus their attention on precisely this topic. And the team has now succeeded in making a groundbreaking development: it has created a viral expression model which can be used to simulate and analyze a large number of viral infections—including the one with SARS-CoV-2. The results can be read in the current issue of Scientific Reports published by Nature.

One virus that is much less well-known than SARS-CoV-2, but which can be transmitted in the same way, is the Coxsackie virus B3 (CVB3). “Its symptoms,” explains Guiscard Seebohm, “are mostly similar to those for flu, as is the recovery time: after two or three weeks, any patients with a CVB3 infection are, as a rule, well again, and don’t have any obvious long-term impairment.” But—not always, says Seebohm, who heads the Cellular Electrophysiology and Molecular Biology department. Apart from any acute infections, he explains, a viral infection also contains the risk of a chronic infection, with the consequence of continuous damage to certain internal organs—which can lead to death. This means that months or even years later, an inflammation of the heart muscle, or type 1 diabetes, can occur in some patients who had CVB3 in the past. Histological examinations of patients showed, in some cases, serious damage to the tissue structure. Also: even years after the acute infection occurred, tissue analyses prove the existence of a virus in the genes.

So far there has been an insufficient amount of study devoted to the question of how a CVB3 infection becomes chronic and how exactly an acute infection progresses. In this respect, the Seebohm team has succeeded in taking a major step forward. It developed an expression model for CVB3, based on stem cells, in order to get to the bottom of the mechanisms of action in this virus—as a prototype for the effects of viruses in general. In a study, the model was tested for its controllability in heart muscle cells cultured from stem cells. In the process, the team of researchers was able to achieve a stable integration of the genetic information from a non-infectious variant of CVB3 into the genetic material in human stem cells. The latter can be converted into any kind of human tissue in the laboratory, making it possible to precisely investigate viral mechanisms. The CVB3 expression can be specifically activated by means of a chemical signal.

Guiscard Seebohm is delighted at this success, because, as he says, “As a result of this unique human viral expression system based on stem cells, it will now be possible to simulate a large number of diseases in their progression and, for the first time, analyze them with the utmost precision.” In Seebohm’s view there is something else that is as important: the system is completely controllable. The team of researchers managed to steer the CVB3 expression in the expression model time-wise, both in stem cells and in differentiated heart muscle cells. At the same time, the researchers were able to vary the quantity of viral proteins produced as well as their localization. In other words, the extent of the viral infection, the infection pattern and the time progression can all be adapted to whatever topics researchers are working on.