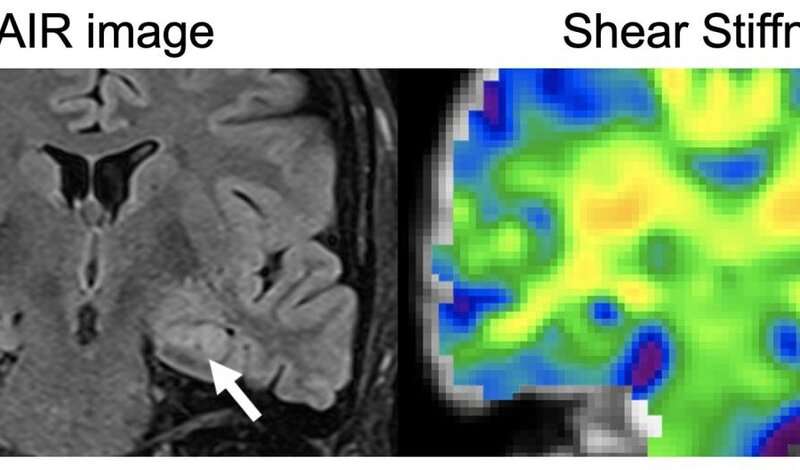 A new study uses magnetic resonance elastography to compare the stiffness of the hippocampus in patients who have epilepsy with healthy individuals. The technique can improve the detection and characterization of the disease.

The study “Hippocampal stiffness in mesial temporal lobe epilepsy measured with MR elastography: Preliminary comparison with healthy participants” was published in NeuroImage: Clinical. The work was done through a collaboration with the Carle Neuroscience Institute and the Beckman Institute for Advanced Science and Technology at the University of Illinois Urbana-Champaign.

Mesial temporal lobe epilepsy is the most common form of epilepsy that is resistant to medication. Unfortunately, current detection methods, which include magnetic resonance imaging, can only visualize the epilepsy-induced changes in the brain after significant damage has occurred.

“The structural changes in the brain, in response to seizures, causes the death of neurons and the formation of scar tissue,” said Graham Huesmann, a neurologist at Carle and a research assistant professor of molecular and integrative physiology, who is a part-time faculty member at the Beckman Institute. “By the time we see any changes on the MRI, the disease is pretty advanced. We wanted to detect these changes earlier using MRE.”

MRE uses the MRI scanner to look at the stiffness of brain tissues. “MRE is a non-invasive technique. Essentially a person lies on a little vibrating pillow, sending the vibrations into the tissues which change as the composition and the organization of the tissue changes,” said Hillary Schwarb, a Beckman Institute research scientist who also is affiliated with the Interdisciplinary Health Sciences Institute. “It’s like hitting the surface of a pond and watching the ripples that are formed. If there is a big rock underneath the surface, those ripples are going to move and change.”

The researchers used MRE to see if there were any changes in the hippocampus. “The hippocampus is the part of the brain that is involved in memory,” said Brad Sutton, a professor of bioengineering and the technical director of Beckman’s Biomedical Imaging Center. “In the early stages of epilepsy, there is a little bit of damage to the structure, which we can detect with MRE.”

Early detection of these changes is critical for the disease, especially because it causes very mild symptoms in the beginning stages. “It starts with a feeling of déjà vu, which becomes more common as the disease progresses. Eventually it develops into a form that is medication resistant,” Huesmann said. “MRE allows us to detect these changes earlier affording us the opportunity to change the course of treatment.”

“MRE can also inform doctors about when to intervene with surgery,” said Tracey Wszalek, the director of the Biomedical Imaging Center. If the surgery is done too early, it may affect a part of the brain that is still in use. However, if it is done too late, the patients lose their ability to make new memories.