An analysis of the medical records of people who doctors tested for the new coronavirus suggests that the infection exacerbates existing socioeconomic inequalities. 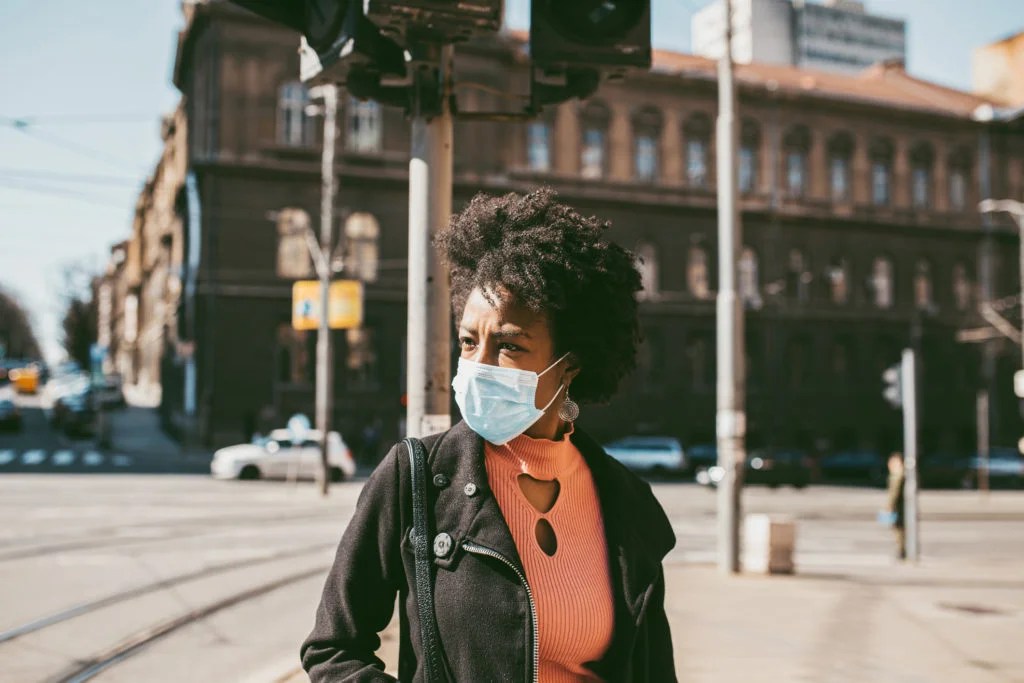 Black people are four times as likely to test positive for SARS-CoV-2, the virus that causes COVID-19, compared with white people, according to a study from the United Kingdom.

The analysis, appearing now in The Lancet Infectious Diseases, is one of only a few studies to examine SARS-CoV-2 infection in primary care settings. Most research has been carried out in hospitals and has involved severely ill patients.

Stay informed with live updates on the current COVID-19 outbreak and visit our coronavirus hub for more advice on prevention and treatment.

The data will help to inform the easing of lockdown measures and public health advice in the U.K. over the coming months.

“While clear trends have emerged from the hospital data for those with severe symptoms, the risk of infection among the general population remains a gray area,” says first author Professor Simon de Lusignan from the University of Oxford, who is also director of the Royal College of General Practitioners Research and Surveillance Centre (RSC).

“It’s important to know which groups in the wider community are most at risk of infection so that we can better understand SARS-CoV-2 transmission and how to prevent new cases,” he continues.

The study analyzed anonymized electronic patient records from 500 GP practice records that automatically upload data to the RSC. The practices are broadly representative of the wider population.

The researchers identified a total of 587 people who tested positive for the virus and 3,215 who tested negative between January 28 and April 4, 2020.

The patients underwent testing after presenting with symptoms of influenza or other respiratory infection.

This finding was significant after adjustment for existing conditions such as high blood pressure and diabetes, which are more prevalent among black people and might also raise the risk of SARS-CoV-2 infection.

However, the possibility remains that black people may be more likely to test positive due to other factors, such as where they work.

In their paper, the authors write: “Other socioeconomic factors that we did not measure, such as employment in high risk positions, education, income, and structural barriers to healthcare, might have contributed to this association and should be urgently explored.”

Contrary to an analysis of people who have died with COVID-19 in the U.K., the new study found that Asian people were no more likely than white people to test positive for the infection in primary care, after accounting for other health conditions.

The authors say that their findings relating to ethnicity require caution due to the relatively small numbers from minority ethnic groups in their study.

The difference between people living in the most deprived and least deprived areas was stark.

Perhaps, as a result of more opportunities for social mixing, people in urban areas appeared to be more at risk than those in rural areas.

In contrast to analyses of severely ill patients receiving treatment in hospitals, the only preexisting health conditions that doctors could independently associate with testing positive were chronic kidney disease and obesity.

In common with other studies, males were more likely than females to test positive, and middle-aged adults were more at risk than children.

One of the most surprising findings was that smokers were less likely to test positive for SARS-CoV-2 than people who had never smoked.

The authors caution: “Our findings should not be used to conclude that smoking prevents SARS-CoV-2 infection, or to encourage ongoing smoking, particularly given the well-documented harms to overall health from smoking, the potential for smoking to increase COVID-19 disease severity, and the possible alternative explanations for these findings.”

Selection bias could potentially affect all the results due to certain groups being more or less likely to present themselves for testing.

In a comment article accompanying the paper, Rachel Jordan and Peymane Adab at the Institute of Applied Health Research, University of Birmingham, U.K., write:

“As the U.K. prepares to loosen lockdown measures, knowing who is most at risk of infection is vital. This study highlights the more susceptible subgroups among those with relevant symptoms, although we cannot be sure why they are more susceptible. Population level studies with testing among random samples of the general population (irrespective of symptoms), as well as accurate antibody tests of past infection, are urgently needed.”