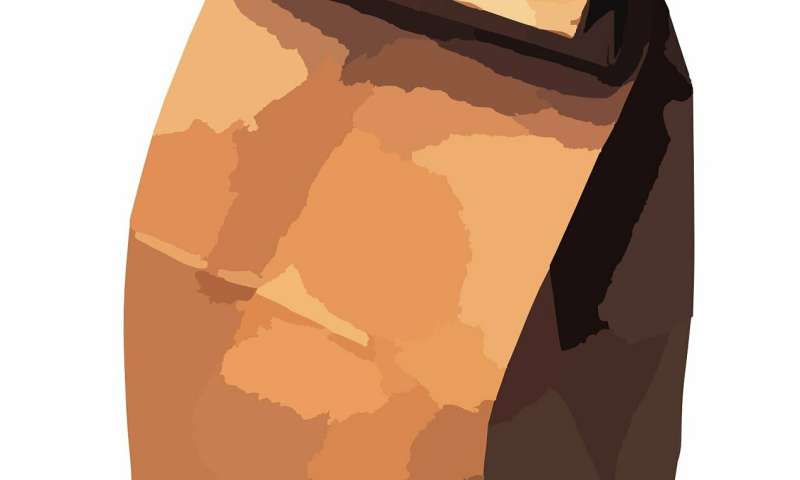 Fewer than two in every 100 packed lunches eaten by children in English primary schools meet nutritional standards, according to a major survey.

Although the amount of sugary food in lunchboxes declined over ten years it is still higher than recommended, and there has been a drop in essential vitamins and minerals. The University of Leeds researchers say the lack of fresh food is to blame.

With just one in five children having any vegetables or salad in their packed lunch, the researchers argue that the Government should consider making fresh vegetables freely available in schools.

They are also calling on the food industry to look at ways of making it easier for parents and carers to select healthier food options for their children.

It is estimated that more than half of primary school children take a packed lunch to school.

Over the ten year period, the researchers found:

The researchers investigated whether packed lunches met the food standards that apply to cooked meals in England’s schools.

Since 2006, eight standards have been introduced for cooked school lunches. Confectionery, savoury snacks and sweetened drinks are restricted while vegetables, protein and dairy have to be included in each meal.

Packed lunches, however, are not subject to any control.

The researchers found that the percentage of packed lunches meeting all eight food standards was very small, increasing slightly from 1.1% in 2006 to 1.6% over ten years.

Dr. Charlotte Evans, an expert in diet and health and Associate Professor in the School of Food Science and Nutrition at Leeds, led the research.

She said: “This study underlines the role that parents, carers, the Government and the food industry have in ensuring children eat more healthily.

“The research has found that on some fronts, packed lunches have improved but they are still dominated by sweet and savoury snack food and sugary drinks. The vast majority provide poor nutritional quality. Addressing that issue over the next ten years will require a concerted effort.

“Improving what children eat at school will help reduce the risk of childhood obesity.

“In 2015, figures indicated that around one third of British 10-year-olds were obese—and that is linked to what they are eating.”

The researchers argue that measures to increase fruit, vegetable and water consumption are “…critically needed”. They say providing free salad vegetables at primary school for children having a packed lunch could be one way to achieve this.

The researchers also believe that time constraints play a part in what parents and carers decide to put in their children’s lunchboxes and that the food industry should develop more lunchbox-friendly healthy options.

Some local authorities are working with schools to improve the nutritional quality of packed lunches.

Leeds City Council is working one of those local authorities.

Councillor Fiona Venner, Executive Member for Children and Families,  said: “Ensuring children and young people have healthy and nutritious meals is a key priority for Leeds City Council and our Health and Wellbeing service offers regular support, advice and training for schools on how they can promote healthier packed lunches.

“In 2016, the service successfully launched a packed lunch toolkit for schools in Leeds and West Yorkshire which helps them to develop their own nutritional guidance to support parents and carers make healthy choices for their children.

“The toolkit has been designed to assist the council’s plan to continue to reduce childhood obesity levels and offers a range of resources to support schools when engaging with pupils, parents and carers.”

But across England, the researchers say there is likely to be a huge variation in the approach taken by individual schools and councils and they would like to see a national, co-ordinated policy.

“Children who take a packed lunch into school are at a greater risk of not getting sufficient nutrients compared to classmates who have a school dinner.

“Under supervision, even young children can prepare carrots, cucumbers and peppers to supplement their packed lunch. Vegetables and salad will remain fresh in an air-tight container for several days.”