As scientists worked to discover more about the omicron variant and more Americans received booster doses of vaccines, the U.S. death toll from the COVID-19 pandemic surpassed the 800,000 mark on Tuesday.

The U.S. has the highest reported death toll of any country, according to the Johns Hopkins Coronavirus Resource Center, and there have been more than 5.3 million known deaths globally since March 2020.

There have also been more than 50.2 million confirmed cases in the U.S. alone, according to the data tracker.

According to The New York Times, 75% of those who have died from the virus were age 65 or older and one in 100 older Americans has died from COVID-19. Idaho officials said Tuesday that one out of every four COVID-19 deaths in the state was among residents of nursing homes and long-term care facilities.

However, the true death toll in both the U.S. and around the world is believed to be higher because of cases that went unreported or were concealed. 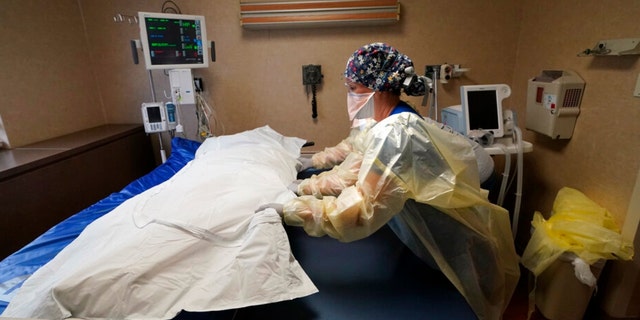 FILE – Medical staff move a COVID-19 patient who died onto a gurney to hand off to a funeral home van, at the Willis-Knighton Medical Center in Shreveport, La., Aug. 18, 2021. The U.S. death toll from COVID-19 topped 800,000, a once-unimaginable figure seen as doubly tragic, given that more than 200,000 of those lives were lost after the vaccine became available practically for the asking.
(AP Photo/Gerald Herbert, File)

President Biden called the total a “tragic milestone,” and called on unvaccinated Americans to get shots.

“I urge all Americans: do your patriotic duty to keep our country safe, to protect yourself and those around you and to honor the memory of all those we have lost,” he said. “Now is the time.”

While just the U.S. Centers for Disease Control and Prevention (CDC) shows more than 200 million people have been fully vaccinated, it’s still short of what scientists say is necessary to counter the virus and its variants.

Although omicron is being reported in more states, delta still makes up for more than 99% of cases in the U.S. – most in the unvaccinated, according to CDC Director Dr. Rochelle Walensky.

As the weather has turned colder, COVID-19 infections have risen and California and New York have reinstated face mask mandates, requiring people to wear them indoors ahead of the upcoming holidays.

Surges have been reported in Michigan, Massachusetts, Pennsylvania and Colorado – in addition to some southwestern states like New Mexico. The Las Cruces Sun News reported Monday that the state had extended its mask mandate again due to delta-driven infections.

And now, two years after the first coronavirus cases was reported in China, the future of the pandemic remains murky. 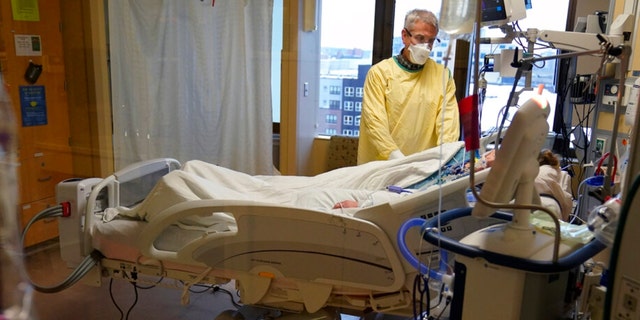 Walensky, National Institute of Allergy and Infectious Diseases (NIAID) Director Dr. Anthony Fauci and preliminary research have indicated this new “variant of concern,” now confirmed in more than 30 states, could be milder than delta and potentially more transmissible – though its transmissibility, severity and ability to evade immune protection and vaccines are all still unknown.

On Tuesday, World Health Organization (WHO) Director-General Tedros Adhanom Ghebreyesus told reporters in Geneva that omicron had been detected in 77 countries so far and that omicron is spreading at a rate “not seen with any previous variant.”

He also raised concerns within the agency regarding “people [who] are dismissing omicron as mild.”

“Surely, we have learned by now that we underestimate this virus at our peril. Even if omicron does cause less severe disease, the sheer number of cases could once again overwhelm unprepared health systems,” Tedros warned.