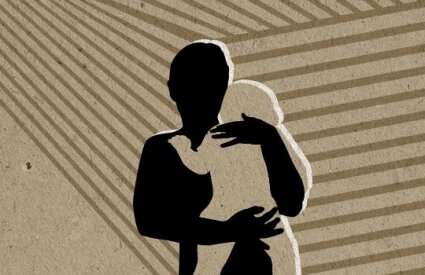 Black women have the highest prevalence of low birthweight babies compared to other racial and ethnic groups, but black immigrants typically have much better outcomes than their U.S.-born counterparts. Yet, little has been known about whether this “healthy immigrant” effect persists across generations.

According to a new study published by Princeton University researchers, the substantial “birthweight advantage” experienced by the foreign-born black population is lost within a single generation. In contrast, a modest advantage among foreign-born Hispanics persists across generations.

The authors suspect discrimination and inequality in the U.S. may be a contributing factor to this decline. Experiences of interpersonal discrimination, both before and during pregnancy, are likely to trigger physiological stress responses that negatively affect birth outcomes, they said.

The study, published in Epidemiology, has important public health implications given that low birthweight is a significant predictor of a broad range of health and socioeconomic outcomes throughout one’s life. The findings also underscore the potential role of discrimination in producing racial and intergenerational disparities in birth outcomes.

The research was conducted by Noreen Goldman, the Hughes-Rogers Professor of Demography and Public Affairs in the Woodrow Wilson School of Public and International Affairs, and first author Theresa Andrasfay, who received her Ph.D. from Princeton’s Program in Population Studies.

Motivated by an earlier study of a small number of black immigrants in Illinois in the 1950-1970s, the researchers felt that conclusions regarding intergenerational changes in birthweight warranted a larger sample based on recent data in a popular immigrant destination state.

The authors analyzed administrative records from 1971 to 2015 in Florida, which receives a large number of black immigrants from the Caribbean. They linked several hundred thousand birth records of daughters to those of their mothers. This allowed them to compare birthweights of daughters born to foreign-born and U.S.-born mothers with the birthweights of their granddaughters. The study provides estimates of these intergenerational changes in birthweight for white, Hispanic, and black women.

Andrasfay and Goldman were surprised by the rapidity with which the foreign-born advantage among black women was lost. After only one generation spent in the U.S., the prevalence of low birthweight is almost as high among the granddaughters of foreign-born black women as among the granddaughters of U.S.-born black women (12.2% vs. 13.1%) and is considerably higher for both groups of black infants than for white and Hispanic babies.

The authors identified an equally striking finding with regard to differences in low birthweight by level of schooling. Contrary to the pattern found among all other racial and ethnic groups, foreign-born black women are about as likely to have a low birthweight daughter if they have low or high levels of schooling. However, in the next generation, the prevalence of low birthweight declines as maternal education increases. This likely reflects a difference in the context in which mothers received their education. “In the U.S., mothers with less than high school education are disadvantaged in multiple ways,” said Andrasfay, “but women who obtained this same level of schooling before immigrating to the U.S. were likely relatively advantaged in their origin countries.”

The authors controlled for socioeconomic and health-related risk factors, including characteristics of women’s neighborhoods that varied among racial, ethnic, and nativity groups, but these factors did not account for their findings. They concluded that the high frequency of low birthweight babies among blacks, and the increase from daughters to granddaughters among black immigrants, were likely both due to exposure to discrimination and inequality. “Unfortunately,” said Goldman, “high quality measures of discrimination are notoriously difficult to obtain.”

The researchers note several limitations of the study. The study is based on birth records from only one state, Florida, and in order to observe multiple generations within the same family, the study was restricted to families in which both daughters and granddaughters were born in Florida. Though the main analysis used only female births, there is evidence that the findings extend to male births. Nevertheless, their study has important implications.

“Though black immigrants currently make up a small share of the population, their numbers are growing,” said Andrasfay. “This growth emphasizes the importance of understanding how their health evolves with time in the U.S. to better understand future disparities.”

“Foreign-born blacks may experience less prejudice than their U.S.-born peers because they have spent part of their lives in majority black countries where discrimination may be less severe than in the U.S.,” said Goldman. “In contrast, their children spend their entire lives in a more racialized social environment than found in the Caribbean, which could explain the worsening of birth outcomes between generations.”

“This study also underscores the need for more research,” said Goldman, “both to develop better measures of interpersonal discrimination and to identify epigenetic mechanisms that link social stressors to birth outcomes among black women.”