A genetic test could soon identify children at the highest risk of developing type 2 diabetes before they are most at risk.

A study has found markers in DNA that mean certain children have a higher risk of developing the disease in the future.

For decades, a high risk of type 2 diabetes was seen as the result of poor nutrition during pregnancy – as shown by a low birth weight.

But in recent years babies’ birth weights have been increasing, yet the increase of type 2 diabetes has also carried on rising, leading to a search for alternative explanations. 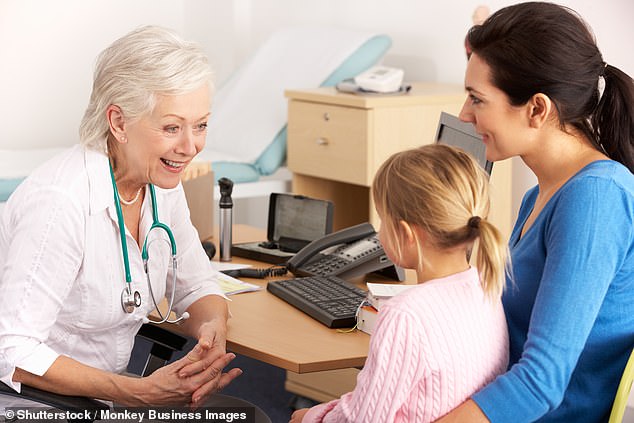 Being able to detect it early would help children to be steered away from the habits that would lead to full-blown type 2 diabetes.

The study, called EarlyBird, began in the early 2000s and followed 300 healthy children for 15 years in Plymouth, from the age of five to early adulthood to find out how their metabolisms changed during growth.

The University of Plymouth and Nestle teamed up to find out the factors that lead to children developing the disease in adult life.

The results, published in the journal Diabetes Care, showed that the earliest signifiers to the condition were genetic factors rather than physiological ones.

The researchers identified that the earliest event leading to pre-diabetes – the precursor to the disease – was dysfunction of pancreatic beta-cells, regardless of body weight. These beta-cells produce insulin, the hormone that regulates blood sugar levels.

University of Plymouth professor Jon Pinkney said: ‘The research… has shown how the risks of future type 2 diabetes can be predicted in childhood.

‘This opens up the possibility of individualised advice and early intervention to reduce the risks of future type 2 diabetes.’

Dr Francois-Pierre Martin from Nestle, who led the study, said: ‘We show that beta-cell dysfunction is an early event in the onset of pre-diabetes in children and that this effect is bodyweight-independent.

‘However, we also report in this study that subsequent weight gain during puberty aggravates the progression from pre-diabetes to diabetes.

‘This stresses the importance of lifestyle and nutritional interventions in childhood to reduce the risks to develop diabetes.’ The study began at the beginning of the obesity epidemic before it had even been considered that children could develop type 2 diabetes.’

What is Type 2 Diabetes?

Type 2 diabetes is a common condition that causes the level of sugar (glucose) in the blood to become too high.

It can cause symptoms like excessive thirst, needing to pee a lot and tiredness. It can also increase your risk of getting serious problems with your eyes, heart and nerves.

It’s a lifelong condition that can affect your everyday life. You may need to change your diet, take medicines and have regular check-ups.

It’s caused by problems with a chemical in the body (hormone) called insulin. It’s often linked to being overweight or inactive, or having a family history of type 2 diabetes.

Type 2 diabetes can cause health problems such as heart disease and stroke, loss of feeling and pain (nerve damage) – causing problems with sex, foot problems – like sores and infection, vision loss and blindness, miscarriage and stillbirth as well as problems with your kidneys

A healthy diet and keeping active will help you manage your blood sugar level. It will also help you to control your weight and generally feel better