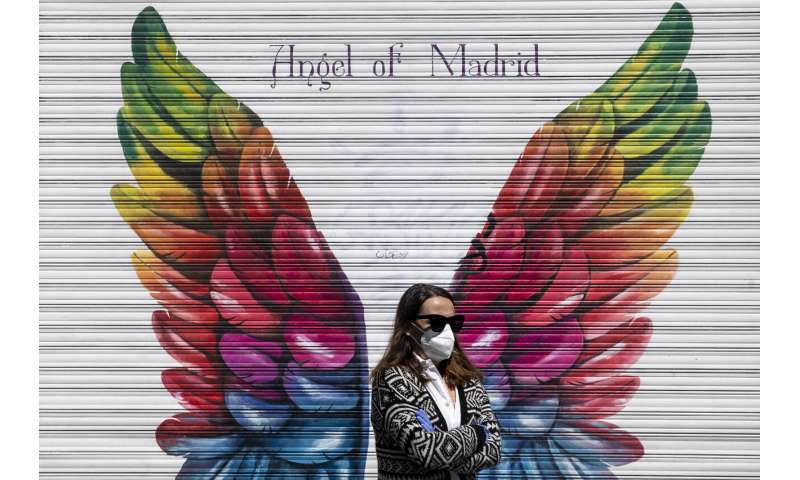 A tentative easing around the world of coronavirus lockdowns gathered pace Saturday with the reopening in India of neighborhood stores that many of the country’s 1.3 billion people rely on for everything from cold drinks to mobile phone data cards.

The U.S. states of Georgia, Oklahoma and Alaska also began loosening lockdown orders on their pandemic-wounded businesses, even as the confirmed U.S. death toll from the coronavirus soared past 50,000 and despite warnings from health experts that such steps may be coming too early.

The relaxation of the super-strict Indian lockdown came with major caveats. It did not apply to hundreds of quarantined towns and other hot spots that have been hit hardest by the outbreak that has killed at least 775 people in the country and terrified its multitudes of poor who live hand-to-mouth in slum conditions too crowded for social distancing.

“This is a good decision,” said Amit Sharma, an architect. “We have to open a few things and let the economy start moving. The poor people should have some source of income. This virus is going to be a long-term problem.”

Last week, India also allowed manufacturing and farming to resume in rural areas to ease the economic plight of millions of daily wage-earners left jobless by the lockdown imposed March 24. India’s stay-home restrictions have allowed people out of their homes only to buy food, medicine or other essentials. 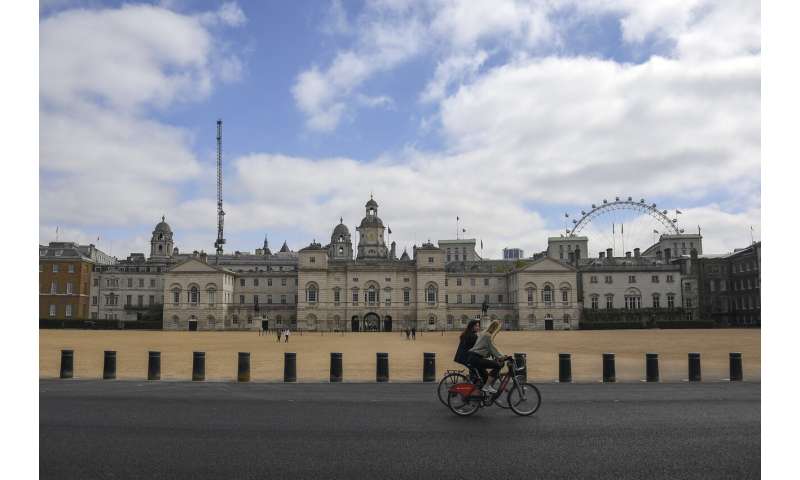 Elsewhere in Asia, authorities reported no new deaths Saturday for the 10th straight day in China, where the virus originated.

And South Korea reported just 10 fresh cases, the eighth day in a row its daily jump came below 20. There were no new deaths for the second straight day.

In Sri Lanka, however, the lockdown was tightened, not eased, confirming a pattern of one-step-forward, one-step-back also seen elsewhere in the pandemic, trying to juggle public health against the health of shut-down economies.

Sri Lanka had partially lifted a monthlong curfew during daytime hours in more than two thirds of the country. But it reimposed a 24-hour lockdown countrywide after a surge Friday of 46 new infections, the highest increase in a day on the Indian Ocean island. The new curfew remains in effect until Monday. 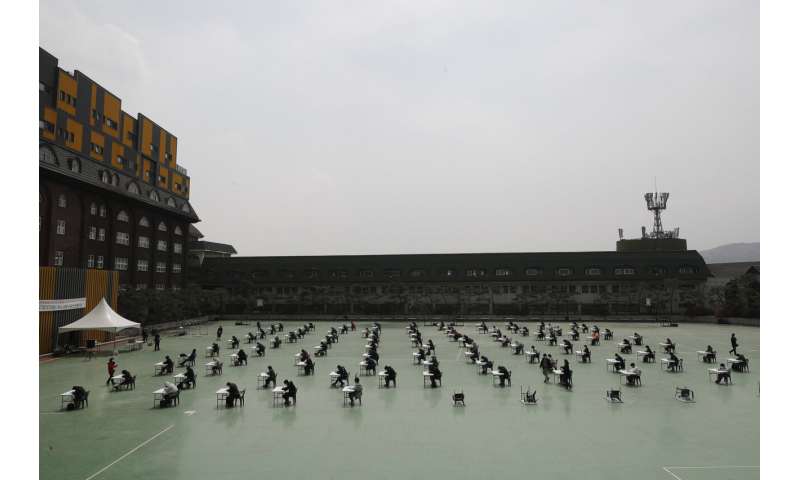 The global death toll climbed Saturday toward 200,000, according to a tally compiled by John Hopkins University from government figures. The actual death toll is believed to be far higher.

Pope Francis appealed to people to pray for funeral home workers, saying: “What they do is so heavy and sad. They really feel the pain of this pandemic.”

In Europe, Belgium sketched out plans for a progressive lockdown relaxation starting May 4 with the resumption of nonessential treatment in hospitals and the reopening of textile and sewing shops so people can make face masks. Bars and restaurants would be allowed to start reopening June 8, although Belgian Prime Minister Sophie Wilmes also cautioned that a surge in infections could alter the timeline and that “nothing is set in stone.”

Kids in Spain will get their first fresh air in weeks on Sunday when a total ban on letting them outside is relaxed. After 44 days indoors, they’ll be allowed to take one toy or scooter with them but not play together for the adult-supervised one-hour excursions no further than one kilometer (0.6 miles) from home. 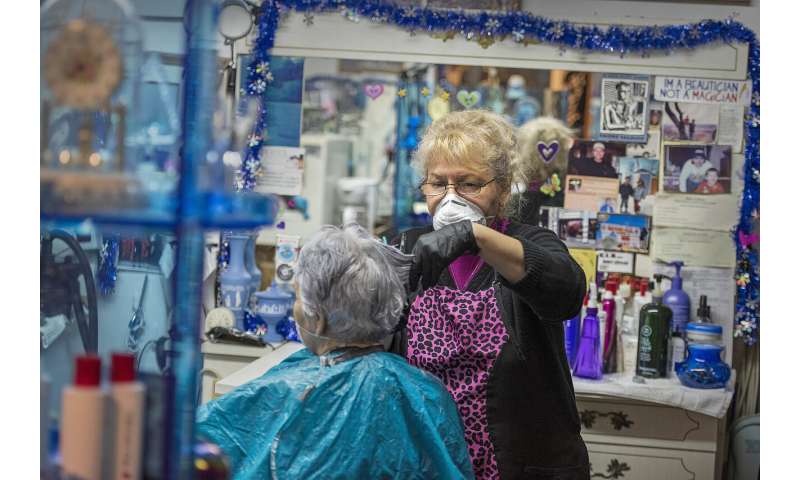 Italy announced that free protective masks will be distributed to nursing homes, police, public officials and transport workers, preparing for the return to work of millions of Italians when lockdown restrictions are eased from May 4.

Britain was still holding off on changes to its lockdown as the coronavirus-related death toll in hospitals was on target to surge past 20,000. It’s the fourth highest in Europe, behind Italy, Spain and France, each of which has reported more than 20,000 deaths.

In France, the government is preparing to gingerly ease one of Europe’s strictest lockdowns from May 11. The health minister detailed plans Saturday to scale up testing to help contain any new flare-ups.

Testing shortages are a critical problem elsewhere, too, including in Brazil, Latin America’s largest nation, which is veering closer to becoming a pandemic hot spot. 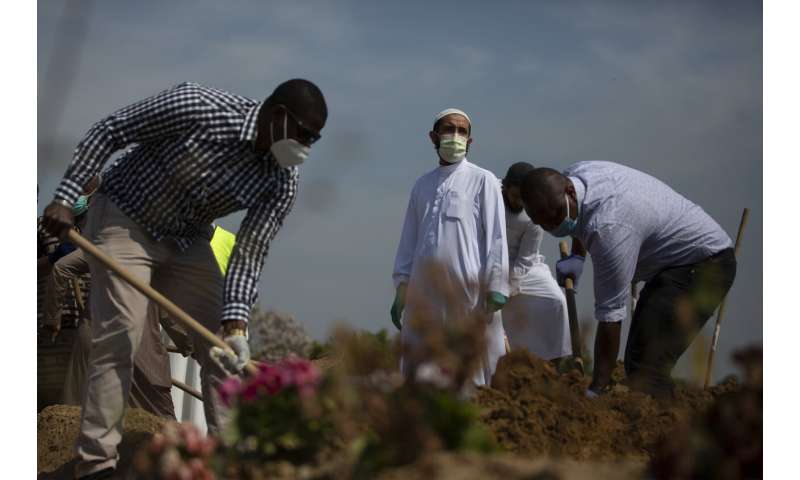 Medical officials in Rio de Janeiro and four other major cities warned that their hospital systems are on the verge of collapse or already overwhelmed. In Manaus, the biggest city in the Amazon, officials said a cemetery has been forced to dig mass graves because there have been so many deaths. Workers have been burying 100 corpses a day—triple the pre-virus average.

In the U.S., Republican governors in Georgia and Oklahoma allowed salons, spas and barbershops to reopen, while Alaska opened the way for restaurants to resume dine-in service and retail shops and other businesses to open their doors, all with limitations. Some Alaska municipalities chose to maintain stricter rules.

Though limited in scope, and subject to social-distancing restrictions, the reopenings marked a symbolic milestone in the debate raging in the United States and beyond as to how quickly political leaders should lift economically devastating lockdown orders. 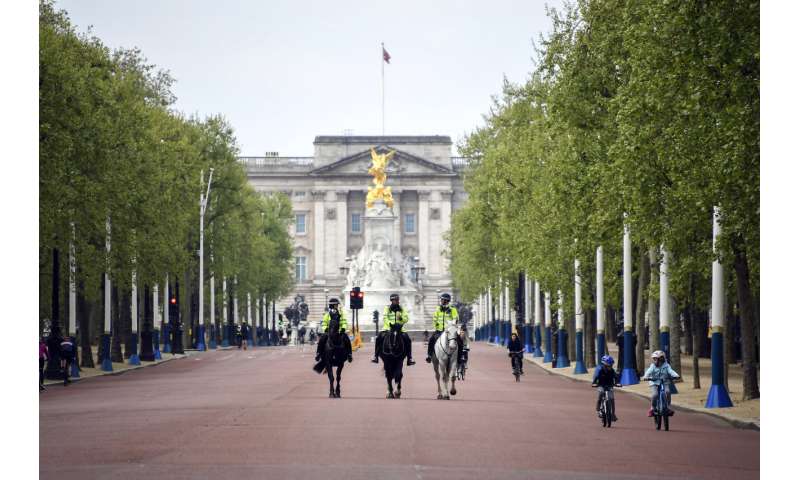 In Michigan, Democratic Gov. Gretchen Whitmer lengthened her stay-at-home order through May 15, while lifting restrictions so some businesses can reopen and the public can participate in outdoor activities such as golf and motorized boating. Michigan has nearly 3,000 deaths related to COVID-19, behind only New York and New Jersey.

During a White House press briefing Friday, President Donald Trump spoke optimistically of the economy but also asked people to continue social distancing and using face coverings. The same day, Trump signed a $484 billion bill to aid employers and hospitals under stress from the pandemic. Over the past five weeks, roughly 26 million people have filed for jobless aid, or about 1 in 6 U.S. workers.

Trump also said his widely criticized comments suggesting people can ingest or inject disinfectant to fight COVID-19 were an attempt at sarcasm. 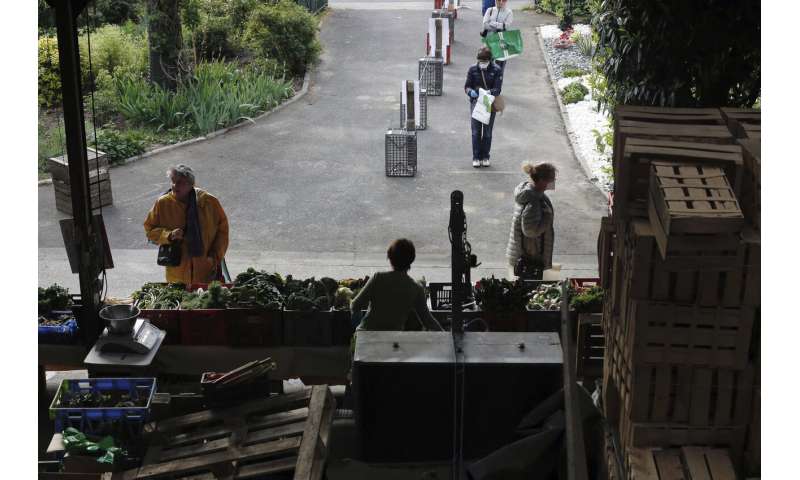 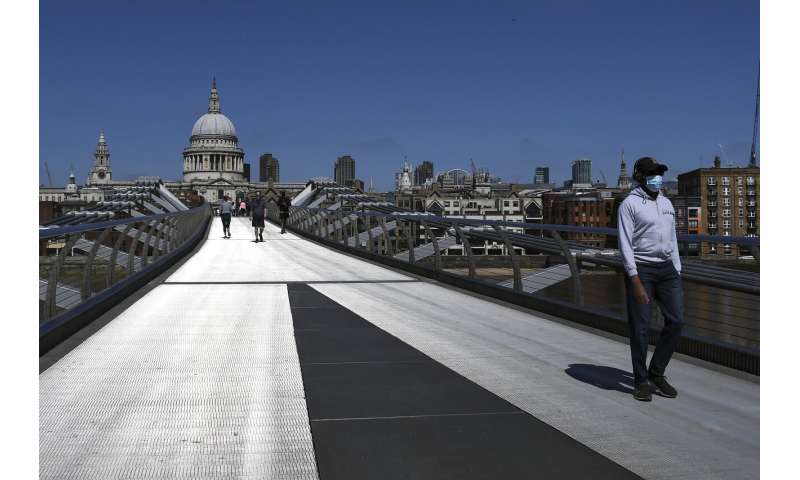 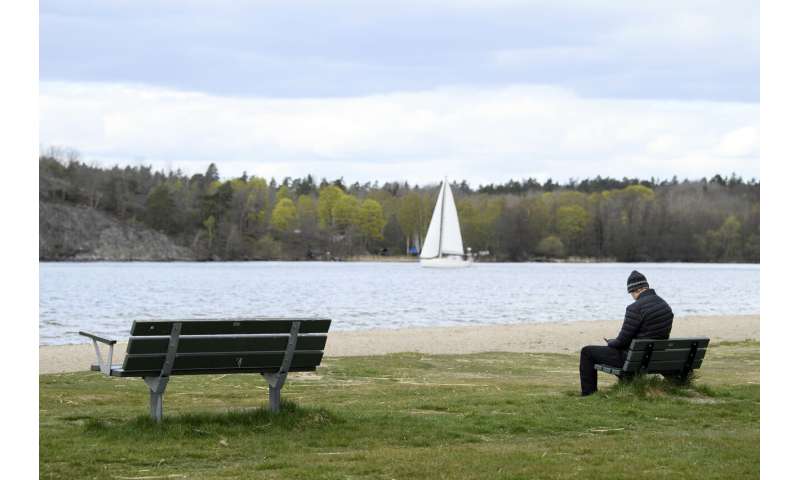 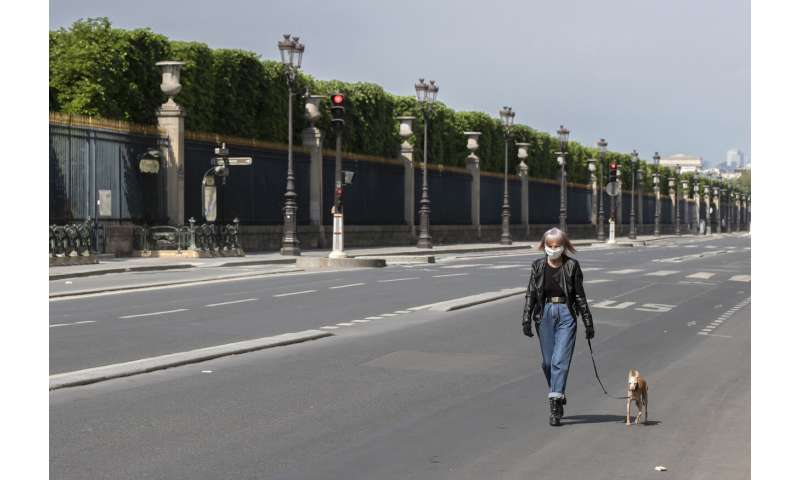 Amy Pembrook and her husband, Mike, reopened their hair salon in the northwest Oklahoma town of Fairview after it had been closed for about a month.