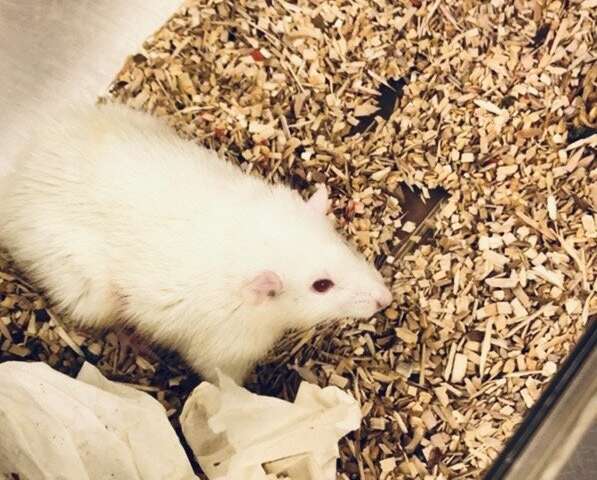 Using skin cells from human volunteers, researchers at the University of Pittsburgh School of Medicine have created fully functional mini livers, which they then transplanted into rats.

In this proof-of-concept experiment, the lab-made organs survived for four days inside their animal hosts. These results were published today in Cell Reports.

“Seeing that little human organ there inside the animal—brown, looking like a liver—that was pretty cool. This thing that looks like a liver and functions like a liver came from somebody’s skin cells,” said senior author Alejandro Soto-Gutierrez, M.D., Ph.D., associate professor of pathology at Pitt and faculty member of both the McGowan Institute for Regenerative Medicine and the Pittsburgh Liver Research Center.

These mini livers secrete bile acids and urea, just like a normal liver, except they’re made-to-order in the lab using patient cells. And, although liver maturation takes up to two years in a natural environment, Soto-Gutierrez and colleagues did it in under a month.

The researchers created their mini livers by reprogramming human skin cells into stem cells, coaxing those stem cells to become various types of liver cells and, then, seeding those human liver cells into a rat liver with all of its own cells stripped out. 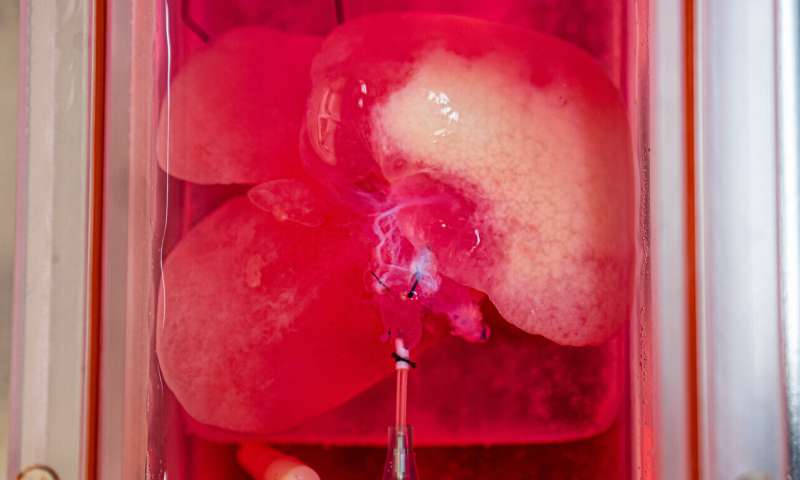 As an ultimate test, the researchers transplanted their lab-grown mini livers into five rats, who were bred to resist organ rejection. Four days after the transplant, researchers investigated how well the implanted organs were faring.

In all cases, blood flow problems had developed within and around the graft, but the transplanted mini livers worked—the rats had human liver proteins in their blood serum.

Soto-Gutierrez is optimistic that this research is not merely a stepping-stone on the path toward growing replacement organs in a lab, but also a useful tool in its own right.

“The long-term goal is to create organs that can replace organ donation, but in the near future, I see this as a bridge to transplant,” Soto-Gutierrez said. “For instance, in acute liver failure, you might just need hepatic boost for a while instead of a whole new liver.”