An estimated 57,192 men are diagnosed annually, according to the latest available figures for 2018, in England, Scotland and Northern Ireland, and 2017 in Wales. In total, 57,153 people were diagnosed with breast cancer over the same period. Lung cancer accounted for 48,054 new cases and bowel cancer for 42,879.

The increase is thought to be due partly to celebrities including Stephen Fry and Bill Turnbull speaking publicly about the disease.

Former BBC Breakfast presenter Bill, 64, said: “It is very humbling to think that by sharing my prostate cancer experience, I may have helped more men come forward to have those important conversations with their GP and ultimately get diagnosed sooner.

“What we urgently need now is the research to make sure that men get the best tests and treatments possible.”

Prostate Cancer UK is appealing for support from the Government and the public. 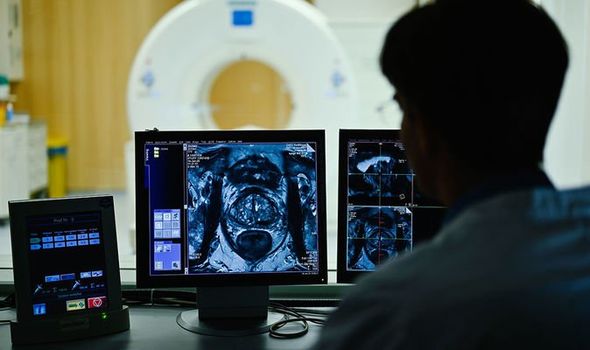 Chief executive Angela Culhane said: “We need research now more than ever, which is why it is devastating that so much of it has been brought to a standstill by the COVID-19 crisis.

“Accelerating research to recover from this setback will cost millions.”

More cancers are now being caught at stage three, when the disease is locally advanced but more treatable than if it has spread.

The number diagnosed at stage one – when it can be unclear whether the cancer will ever cause harm – has also risen, highlighting the need for better monitoring to ensure men do not have unnecessary treatment.

About 400,000 men in the UK are living with or have survived prostate cancer.