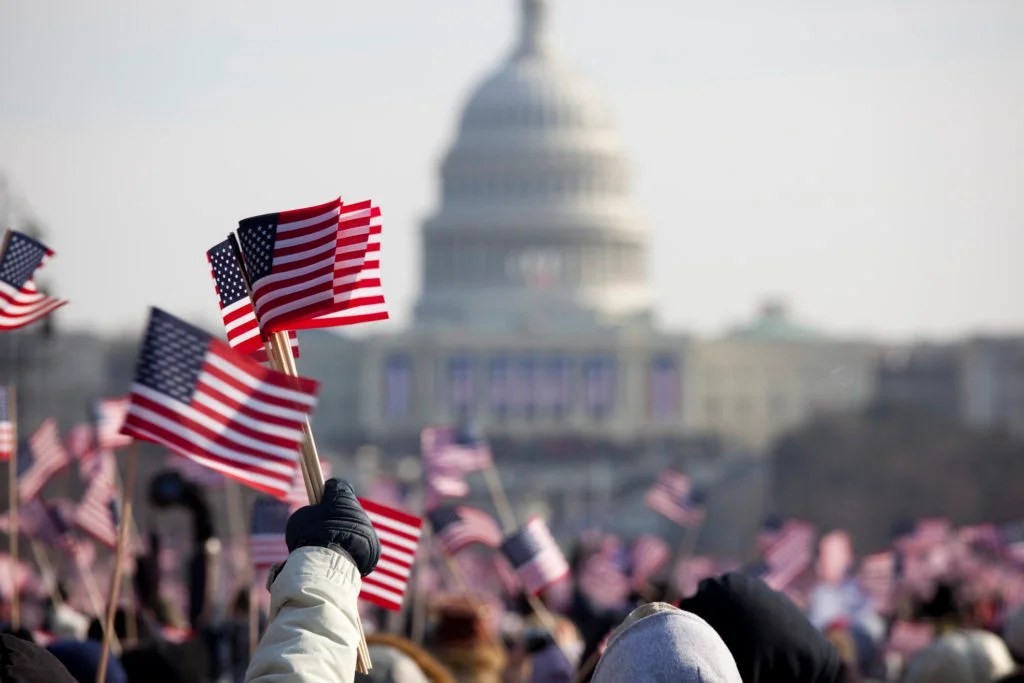 The level of polarization currently evident in the political discourse of the United States has created a climate of heightened animosity.

As part of an effort to understand how people in the U.S. might be brought together, a new study finds that a simple form of psychological manipulation is surprisingly effective at moderating the positions of voters, at least temporarily.

When researchers misreported survey participants’ responses back to them — making the responses more centrist than they actually were — the participants championed their own open-mindedness.

Thomas Strandberg, a doctoral student at Lund University, in Sweden, is the first and corresponding author of the study, which appears in the journal PLOS One.

It would be no exaggeration to say that current political tensions in the U.S. constitute a crisis. Their impact extends into the home and other social spaces, where it can define or void personal relationships.

For families comprising Democrats and Republicans, for example, 2016 Thanksgiving dinners were 30–50 minutes shorter than they were for those whose members belonged to the same political party.

The present study, which aimed to analyze attitudes just before the 2016 presidential election, does not suggest that America’s divisions can or should be solved by deliberately manipulating its citizens.

The authors — researchers in psychology from Lund University, McGill University, in Canada, and Royal Holloway, University of London, in the United Kingdom — were interested in investigating the degree to which extreme opinions could be moderated with a simple psychological trick.

That trick has to do with the “choice blindness paradigm.” Strandberg and colleagues define it this way:

“Choice blindness is a cognitive phenomenon that occurs when people receive false feedback about a choice they had made, leading them to accept the outcome as their own and confabulate reasons for having made that choice in the first place.”

In the study, participants rarely noticed when their extreme political responses were inaccurately reported back to them as more moderate.

When asked to account for their — falsified — positions, the respondents described beliefs in moderation and open-mindedness as influencing “their” opinions.

Democrats and Republicans proved equally susceptible to this false feedback, demonstrating how flexible opinions may be, even among those who consider their views to be solidly fixed.

How the study worked

The study’s initial trial occurred in the week after the first debate between Donald Trump and Hillary Clinton, 6 weeks prior to voting. A total of 122 participants were surveyed near the site of the debate in New York City and elsewhere in the city.

Among the respondents, 89% expressed an intention to vote for Clinton, 3% for Trump, and 8% for a representative from a different party.

The respondents were asked to rate, on paper, the two main candidates in terms of how well they exemplified 12 adjectives: analytic, trustworthy, decisive, patriotic, experienced, empathetic, visionary, courageous, diplomatic, passionate, charismatic, and principled.

Each rating took the form of a marking on a horizontal line between Trump and Clinton. The participants also indicated the candidate for whom they planned to vote.

Once the surveys were completed, the interviewers surreptitiously replaced them with modified versions, in which the majority of extreme answers were repositioned in more moderate locations.

When the participants received their modified response sheets, none noticed that their answers had been changed, though some wanted to fix a “mistake” or two.

When the researchers asked the participants to explain their answers, 94% rationalized and defended their — falsely moderated — views.

According to the study’s authors, a typical example involved a respondent who had rated Clinton as 94% more experienced than Trump.

After the researchers had covertly lowered this rating to 59%, the respondent rationalized the altered score, noting: “I think they’re both experienced in their field. Trump is a really successful businessman … And then, Hillary has had a lot of years of practice in office. So I … feel like they both are really experienced.”

For a less partisan sampling, the authors performed a second trial online a few days before the election, using the Prolific Academic survey platform.

This time, 498 participants responded to a similar survey, though it did not ask about candidate preference. For the false feedback, the researchers shifted five of each participant’s answers toward the middle of the scale.

When the survey showed the respondents their (altered) scores, it gave them an open-mindedness rating and asked them to explain their degree of open-mindedness.

Their answers revealed, the researchers conclude, that merely “suggesting to people that they are more open-minded removed their political blinders and nudged them to consider and argue for more moderate views.”

Unfortunately, the authors report no evidence that the trials’ depolarizing influence lasts.

In the end, says principal investigator Petter Johansson, a senior lecturer in cognitive science at Lund University, “Political surveys aim to capture the attitudes of the public, but our research demonstrates that these are, in fact, highly malleable and context-sensitive.”

“In this study, we show that this malleability applies equally to both Democrats and Republicans.”

“These results offer hope in a divided political climate: Even polarized people can become — at least momentarily — open to opposing views.”