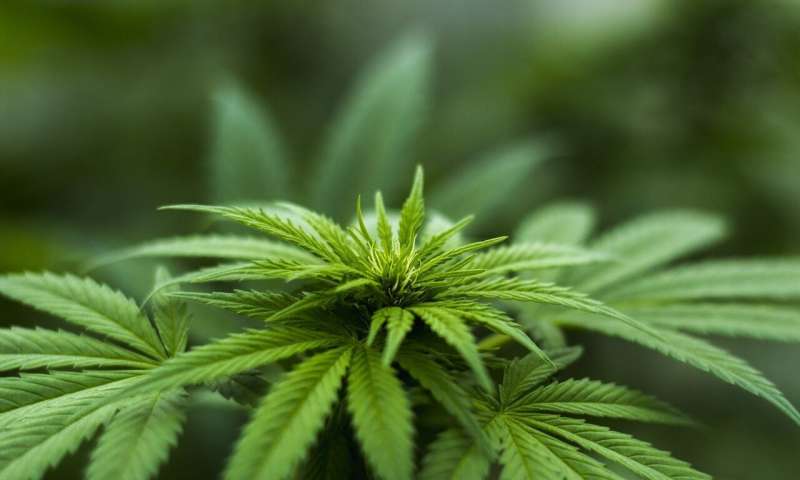 Heavy cannabis use has an impact on human DNA but the effect is stronger in people who smoke tobacco as well, according to new University of Canterbury (UC) research.

The study, recently published in Translational Psychiatry, investigates how heavy cannabis use can lead to alterations in “DNA methylation”—chemical changes in the body that influence how our genes work.

UC College of Science lecturer Dr. Amy Osborne, lead author of the UC study, in collaboration with colleagues from the University of Otago Christchurch, University of Otago, and ESR, says there is already strong evidence that chronic, heavy use of cannabis can increase the risk of mental health issues such as depression and schizophrenia. It is also associated with heart disease.

“This study shows how cannabis use is linked to changes in gene pathways that may explain the link between heavy cannabis use and those adverse health outcomes,” she says. “However, in terms of the effect on the genome and DNA methylation, cannabis appears to have a distinct and somewhat more subtle effect than tobacco. It’s not altering gene pathways to the same extent, but it does affect them in very specific ways.”

The 48 subjects in the new research—all heavy cannabis users—were members of the Christchurch Health and Development longitudinal study. Blood samples were taken when they were aged 28 and analysed for DNA methylation differences between cannabis users and non-users.

The most affected genes were identified as those involved in brain and heart function.

Dr. Osborne, who specialises in genomics, says cannabis use is an important public health issue, particularly in New Zealand where a referendum on whether the sale, use, possession and production of cannabis should be legalised is due to be held in September 2020.

“We think assessing cannabis’s potential effect on DNA is timely. It’s currently the most widely used illicit psychoactive substance in the world and this could be predicted to increase with decriminalisation or legalisation,” she says.

Unusually, the Christchurch Health and Development Study cohort contained cannabis users who had never smoked cigarettes, providing a valuable opportunity to investigate the specific effects of cannabis on DNA methylation in the human genome.

Dr. Osborne says the UC study suggests that, while tobacco has a stronger effect on DNA than cannabis, cannabis appears to exert specific effects on genes involved in brain and heart function. More research with a larger sample size is needed.

“Our data are suggestive of a role for DNA methylation in the biological response to cannabis. We also found the effects of cannabis use on our genomes differ from, and are less pronounced than, the effects of tobacco use.