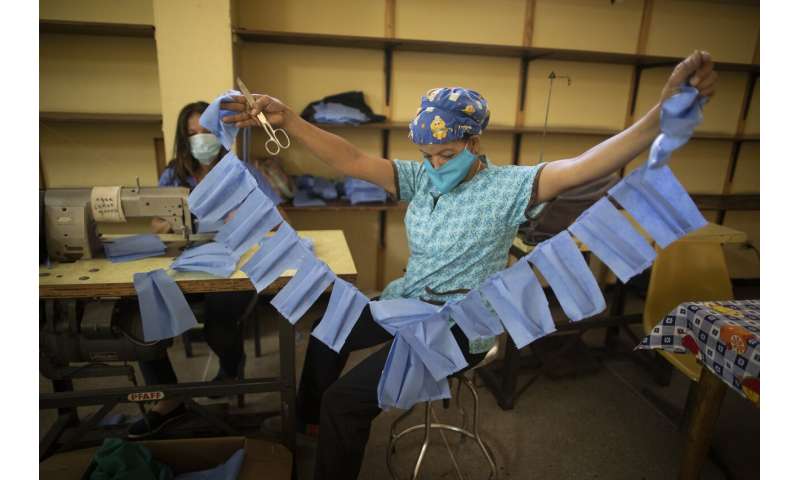 Medical supplies of almost any sort are in short supply in Venezuela, so workers at a maternity hospital in Caracas are racing to confront the rapidly spreading coronavirus by making surgical masks, one by one.

Five workers have been holed up for days in the basement of the Concepcion Palacios hospital, hunched over sewing machines and transforming disposable blue paper sheets into masks for their 2,800 coworkers.

As of Tuesday, they had managed to turn out about 1,000 of the hand-sewn masks.

“They don’t move from those machines,” said supervisor Silvia Bolivar, one of the people who organized the project. “They eat and rest there until they get up in the evening to leave.”

She said other hospitals have begun a similar effort to help fight the virus. It causes only mild to moderate symptoms, such as a fever or cough, for most patients, but can be severe for some people, especially older adults and those with health problems.

Venezuela recorded its first 36 confirmed cases of the coronavirus in less than a week as of Wednesday, and most health experts say the nation—already struggling with an economic crisis and widespread shortages, isn’t ready for what’s to come.

Hospitals are short of masks, gloves, medicines and sometimes even running water, according to health workers. 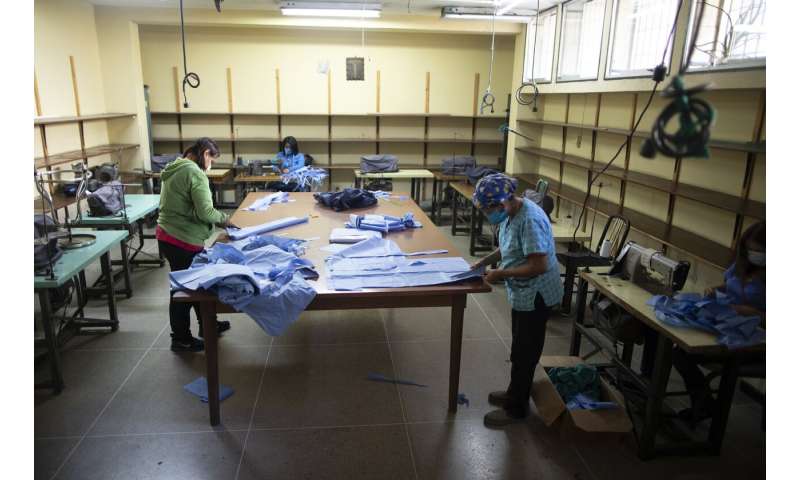 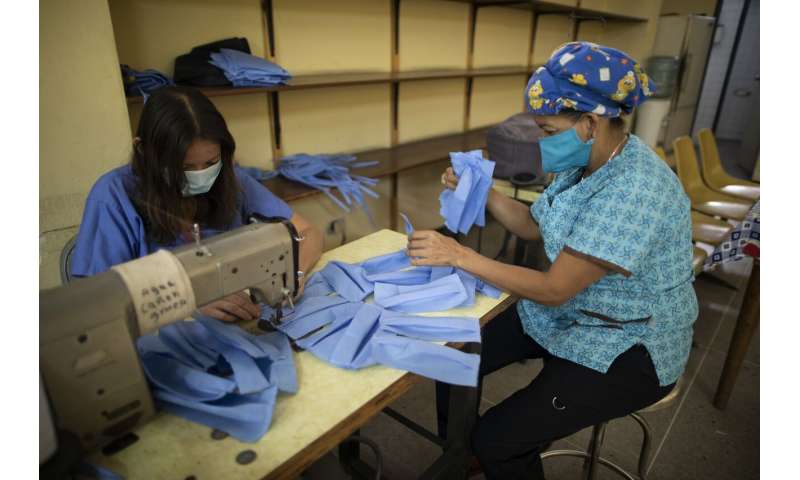 “We should have more safety, appropriate face masks, but we’re in this emergency,” said one of the workers, Yordania Mata, 34, as she took a break to rest her hands.

President Nicolás Maduro on Monday ordered the entire nation to stay home under a quarantine aimed at cutting off the spread of the new virus, calling it a “drastic and necessary measure.”

Maduro blames much of the problem on U.S. sanctions, though shortages began long before those were imposed.