The World Health Organization announced Wednesday that clinical trials of the drug hydroxychloroquine will resume as it searches for potential coronavirus treatments.

On May 25, the WHO revealed it had temporarily suspended the trials to conduct a safety review, which has now concluded there is ‘no reason’ to change the way the trials are conducted.

The UN health agency’s decision came after a study published in The Lancet medical journal suggesting the drug could increase the risk of death among COVID-19 patients.

But The Lancet and the New England Journal of Medicine (NEJM) on Tuesday each issued an ‘expression of concern’ about the paper, questioning thr reliability of third-party data used as the basis for the study.

The executive group of the WHO’s so-called Solidarity Trial – in which hundreds of hospitals across the world have enrolled patients to test several possible treatments for the novel coronavirus – paused studies on hydroxychloroquine as a precaution. 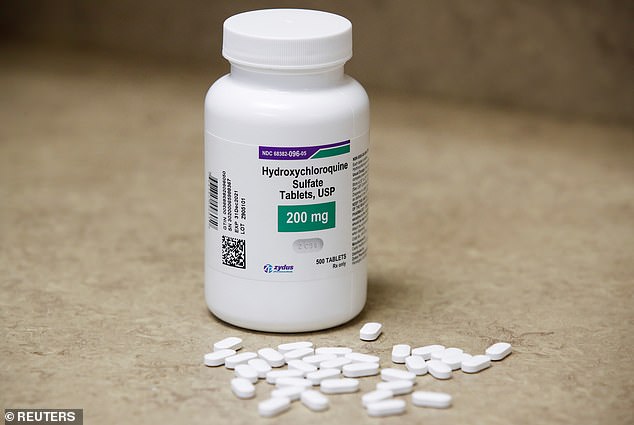 Wednesday, the organization lifted that moratorium, as director-general Dr Tedros Adhanom Ghebreyesus announced in an online press briefing that experts had advised the group to continue studying the drug touted (and taken) by President Donald Trump.

Hydroxychloroquine was made to treat malaria and is also used to treat autoimmune conditions like lupus and rheumatoid arthritis.

But public figures including US President Donald Trump have backed the drug for COVID-19 prevention and treatment after some studies suggested it might help coronavirus patients recover more quickly, prompting governments to bulk-buy.

‘Last week, the executive group of the Solidarity Trial decided to implement a temporary pause of the hydroxychloroquine arm of the trial, because of concerns raised about the safety of the drug,’ WHO chief Tedros Adhanom Ghebreyesus told a virtual news briefing.

‘This decision was taken as a precaution while the safety data were reviewed.

‘The data safety and monitoring committee of the Solidarity Trial has been reviewing the data.

‘On the basis of the available mortality data, the members of the committee recommended that there are no reasons to modify the trial protocol. 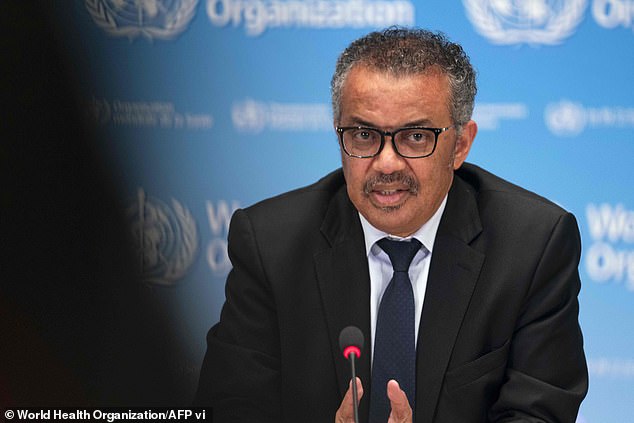 Dr Tedros Adhanom Ghebreyesus said that a review group had decided, based on mortality data, that the hydroxychloroquine trial should move ahead as originally designed 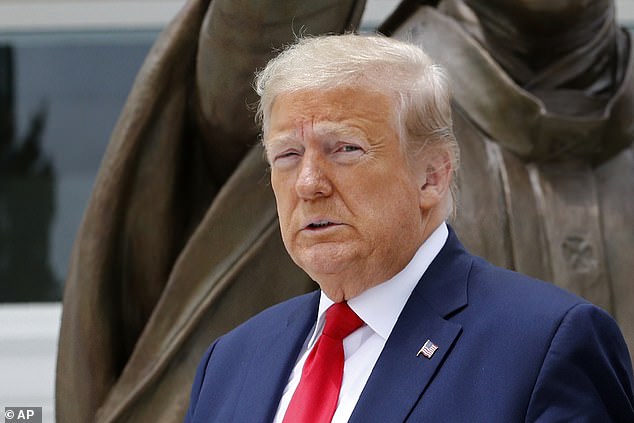 President Donald Trump has touted the benefits of hydroxychloroquine and took it himself. He has also pledged to pull funding from and sever ties with the WHO

‘The executive group received this recommendation and endorsed continuation of all arms of the Solidarity Trial, including hydroxychloroquine.’

International studies of the drug were halted temporarily based on mounting evidence that it not only didn’t provide significant benefit for coronavirus patients, but that people given the drug faced higher risks of death.

But the study relied on information from the database of Surgisphere, a private company.

An audit of the study and the database are now underway, as NEJM critics said they found major discrepancies in the number of coronavirus cases Surgisphere reported in some counties and the official counts for those areas.

Aside from recent studies, potentially life-threatening heart arrhythmias are a known side effect of hydroxychloroquine.

It’s unclear whether the review of The Lancet study factored into the WHO’s decision but Dr Tedros said the WHO’s own experts had concluded the trial should go on.

‘The executive group will communicate with the principal investigators in the trial about resuming the hydroxychloroquine arm of the trial.

‘The data safety and monitoring committee will continue to closely monitor the safety of all therapeutics being tested in the Solidarity Trial.’

More than 3,500 patients have been recruited across 35 countries to take part in the trials.