Humans are not the only mammals to form bonded pairs — many other animals do, including a fair number of nonhuman primates. But why did pair-bonding develop in the first place? New research delves into this question. 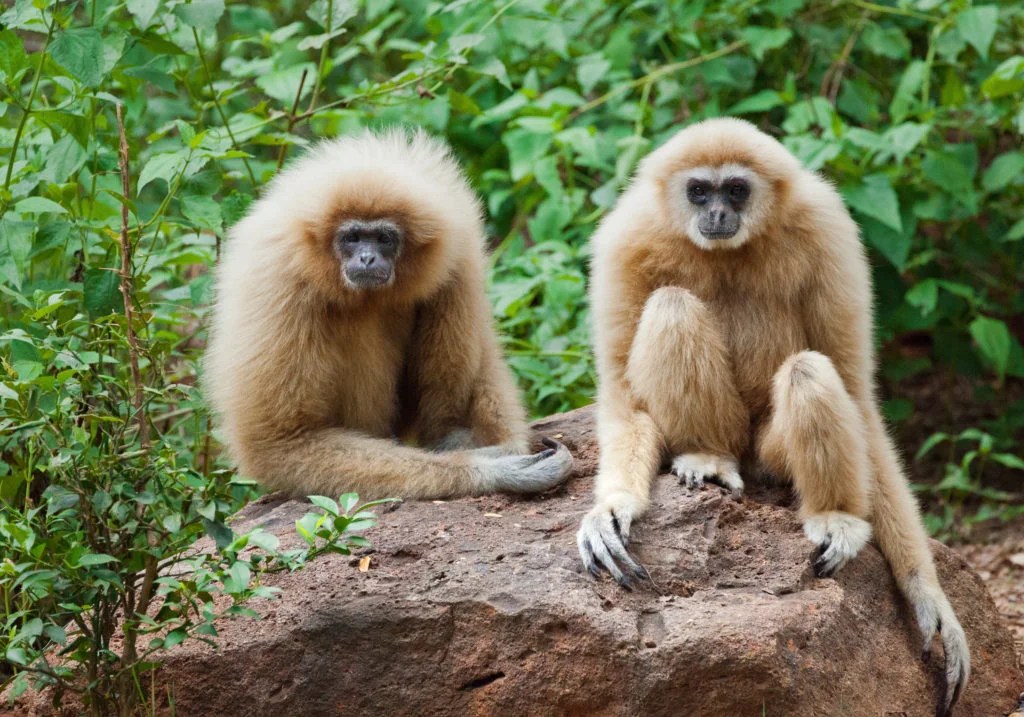 Social relationships and mating behaviors are as diverse among animal species as the species themselves. Some characteristics have proven more elusive to researchers than others, and one of these is pair-bonding.

Humans are not unique in their tendency to find one mate for a long period— sometimes for a lifetime.

Among the ranks of our distant cousins, the nonhuman primates, about 1 in 5 live in pairs, according to Prof. Peter Kappeler, from the German Primate Center–Leibniz Institute for Primate Research, in Göttingen, Germany, and assistant professor Luca Pozzi, Ph.D., from The University of Texas at San Antonio.

In a new study paper — now featured in the journal Science Advances — the two scientists have attempted to elucidate the mystery of what has driven certain primates toward a largely monogamous lifestyle.

“Living as a pair represents an evolutionary puzzle in the evolution of mammalian social systems because males could achieve higher rates of reproduction if they did not bond to a single female,” says Pozzi.

In their study, the researchers explain that some primates live primarily in couples, others are solitary — usually males that occasionally interact with groups of females — and the rest live in hierarchical groups that include both sexes.

But what has made this complex range of social arrangements possible?

“[The term pair-living] refers to a social organization in which one adult male and female live together and coordinate their activities,” write the researchers. They go on to explain that this arrangement is not just about monogamous mating.

Indeed, they note that many primates who live in pairs are not monogamous — some find reproductive mates outside of the couple. So what has led them to live in pairs?

To try and answer this question, Pozzi and Prof. Kappeler analyzed the genetic data and typical behavior of 362 different species of primates and constructed a model of how their social relationships may have evolved over time.

“Of several explanations for the evolution of mammalian pair-living put forward, [so far] only two have enjoyed repeated empirical support: the female spacing and the paternal care hypotheses,” the researchers write.

The female spacing hypothesis refers to the idea that when females distribute themselves throughout an area in search of resources, males become less likely to interact with larger groups of females and, in response, engage in pair-bonding.

The paternal care hypothesis suggests that, in the case of some nonhuman primates, males may benefit from showing more care toward their offspring, providing them with food and protecting them from threats, which may be more suited to a pair-bonding context.

Thus far, most researchers have believed that the two hypotheses are mutually exclusive. This is not so, according to Pozzi and Prof. Kappeler.

Their model — which offers an idea of how primates evolved to adapt to environmental changes — suggests that the two hypotheses about the development of pair-living could both be right.

The researchers propose that, to begin with, changes in primates’ natural resources may have forced some females to spread out geographically, leading males to form pairs with one female at a time. This, in turn, likely meant that males took greater care of their offspring, increasing the likelihood of their survival.

And it may have been through further — positive — environmental changes that a transition to living in groups became possible, the two investigators suggest: Better access to food may have allowed more females to live closer together and to then welcome one or more males into their group.

At the same time, Pozzi and Prof. Kappeler caution that their explanation of primates’ inclination to form bonded pairs most likely does not explain why humans do this.

“The pair-bond typical for humans within larger social units cannot be explained with our results, since none of our recent ancestors lived solitarily,” warns Prof. Kappeler.

“Nevertheless, the advantages of paternal care also may have led to a consolidation of pair-living in humans,” he goes on to suggest.

For the moment, the researchers are happy to have worked toward elucidating a small part of the mystery of mammals’ social evolution.

“The evolution of complex social systems in mammals, and more specifically in primates, is a challenging and exciting area of research. Our study shows that pair-living — although rare — might have played a critical role in it.”