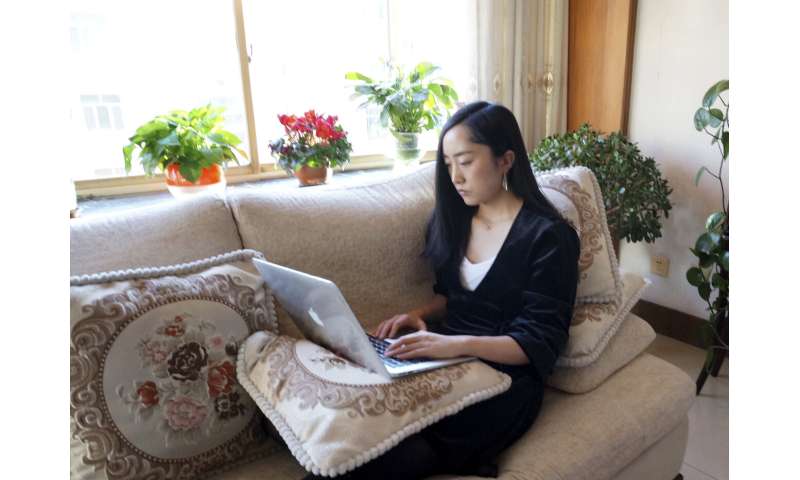 In the middle of a phone call with a customer, an important visitor knocks on Michael Xiong’s door: his 3-year-old son.

Xiong, a salesman in Chibi, a city near the center of a virus outbreak, is one of millions of people in China who are obeying government orders to work from home as part of the most sweeping anti-disease measures ever imposed.

After breakfast, Xiong leaves the 3-year-old and his 10-month-old brother with their grandparents. The salesman for IQAir, a Swiss maker of household air purifiers that are popular in China’s smog-choked cities, goes into a bedroom to talk to customers and try to find new ones by phone and email.

His son “comes to knock on the door when I am in a meeting, asking for hugs,” Xiong said. “I put myself on mute, open the door and tell him I will be with him later, and he is fine with that.”

Most access to Wuhan, a city of 11 million people where Xiong usually works, was cut off Jan. 23 and some other cities have imposed travel restrictions. Controls imposed on business to try to stem the spread of infection extend nationwide, affecting tens of thousands of companies and hundreds of millions of employees.

The government extended the Lunar New Year holiday to keep factories and offices closed. Cinemas, temples and other tourist sites were shut down to prevent crowds from forming. Group tours were canceled and businesspeople told to put off travel.

China’s vast manufacturing industries cannot function without workers in factories. But as some businesses reopen, Beijing has told anyone who still can work from home to stay there.

That is forcing employees, from solo entrepreneurs to automaker Volkswagen AG’s 3,500-member headquarters staff in Beijing, to stay in touch with customers and business partners and keep companies functioning by phone and email.

Millions of Chinese entrepreneurs operate house-cleaning, small trading and other businesses out of their homes. Many have suffered the same impact as bigger businesses from restrictions on movement and orders to families to stay indoors.

Maggie Zhang, co-founder of SheTalks, a company in Beijing that organizes events for women, is working out of her parents’ apartment in the northwestern city of Zhangye in Gansu province. She went for the Lunar New Year and said she might stay through March.

Zhang temporarily stopped organizing talks and other public events and is gathering material for her company’s social media account to attract users.

In the morning, “I will do some interviews over the phone or online with women working at the front in fighting the epidemic and sometimes foreign businesswomen working in China,” said Zhang. “When I am working, my parents always try to keep quiet and not disturb me.”

Zhang said she uses the sunny living room to write and moves to a bedroom to do interviews or talk to colleagues. She works out on an elliptical machine during those calls “because my mind works faster when I exercise.”

Numbers of new virus cases reported daily have declined, but economists warn against assuming the disease and its impact on the world’s second-largest economy might soon be under control.

Quarantines in the central province of Hubei, which surrounds Wuhan, and some neighboring areas still are in place. Many large companies have told employees to stay home.

“A return to normal isn’t yet in sight,” said Roger Diwan of IHS Markit in a report.

Many employees already were equipped to work from home due to China’s almost universal adoption of smartphones, the internet and messaging and video call services, including the popular WeChat operated by Tencent Holdings Ltd.

China is “probably one of the best countries to do this,” said Michael Mayer, who is in charge of marketing for the Volkswagen auto brand in China. A 27-year veteran of VW, he came to China from India three years ago.

“This would be hard to do in Europe. People here are much more open to using digital tools,” said Mayer. “As sad as it sounds, this is the best place for us to try this experiment.” 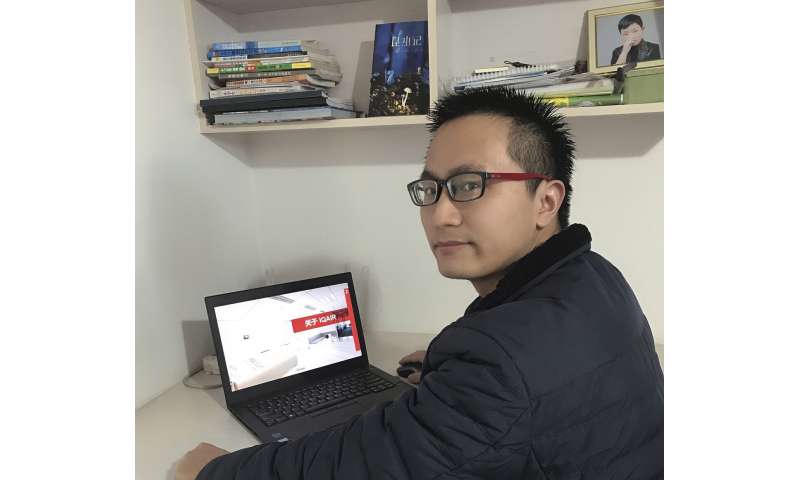 After breakfast with his three teenagers, Mayer moves into a back room of their Beijing apartment to talk with coworkers by phone and video call while his children study in their bedrooms. They meet again for lunch.

“Now everybody’s at home,” said Mayer. “Not too bad. Actually quite interesting and quite pleasant.”

Volkswagen plans to reopen its Beijing offices on Monday but is waiting for updates from health authorities, said Mayer.

Xiong of IQAir expressed frustration at not being able to make his sales pitch to potential clients face to face but said the quarantine gives him more time with his son.

Xiong and his wife are among millions of parents who also looking after children who are cooped up at home because schools have been closed indefinitely. Xiong said he helps his son with lessons sent over WeChat by the kindergarten.

“Usually, when I get home from work, it is almost time for his bath and bed,” said Xiong. “Now that we spend time together every day, I think I know my child more and he relies on me more. Our connection is stronger, and so is the whole family.”

Many have barely set foot outdoors for almost three weeks.

Cities including Hangzhou, an industrial metropolis of 10 million people southwest of Shanghai that is home to e-commerce giant Alibaba, are allowing only one household member out each day to buy food.

Apartment complexes in Beijing and other cities have been ordered to check visitors for fever. Many allow only residents to enter.

Zhang said she has left her parents’ complex only once to go shopping. She was nearly barred by security guards from returning.

“There are almost no people or cars on the street,” she said.

Ray Cheng, a Macau-born entrepreneur in the southern city of Guangzhou, said he starts the day by making a plan for his 7-year-old daughter and 5-year-old son—”what they need to do, then lunch, then what to do”—and then gets on the phone with his employees and customers.

“When I work, I arrange for them to do something they like. They are very focused and won’t bother me,” Cheng told a reporter. “Right now they are watching ‘Lion King’ so I can talk to you.”

IQAir’s China sales manager, Mike Bearden, said he usually spends 50% of his time on the road but has been at home in Beijing for three weeks talking by phone with potential customers. He said sales might get a boost from the virus because families and hospitals are thinking more about clean air.