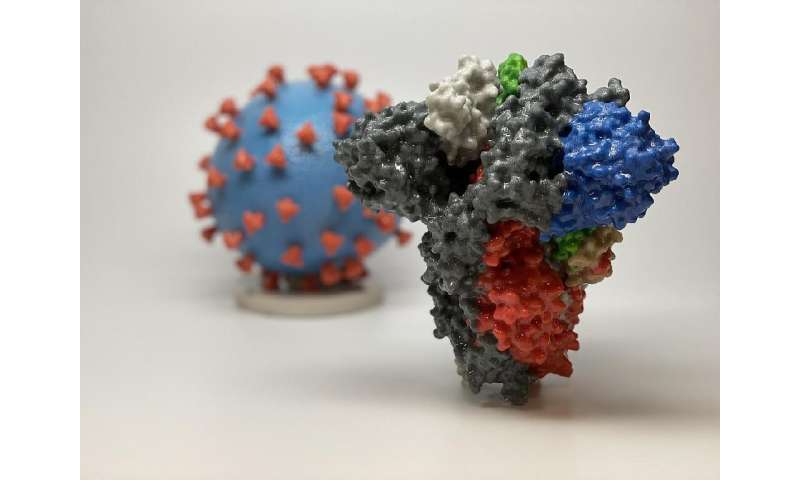 The novel coronavirus began spreading in New York City in February, before widespread testing began, and the strain so far identified in local samples came from Europe, a scientist said Wednesday.

Adriana Heguy, a geneticist at NYU Grossman School of Medicine who led the research, told AFP that tracing back the virus’ chain of transmission will help policy makers make better informed social interventions in the future.

“It’s very interesting that so far, the majority seem to be coming from Europe, and this is in part I think because there was a focus on stopping travel from China,” she said.

The findings also tie in with a spate of mysterious pneumonia cases that New York physicians were treating before large scale testing began in the city, she added.

Heguy and her team determined the viral sequences of 75 samples taken from the nasal swabs of patients at Tisch Hospital, NYU Winthrop Hospital and NYU Langone Hospital Brooklyn.

All organisms mutate over time, but so-called RNA viruses such as SARS-CoV-2 introduce errors in each cycle of their replication.

This is the reason why influenza viruses are so different from season to season and require new vaccines.

While the new coronavirus doesn’t seem to mutate as fast as the flu, there are enough changes for scientists to trace back its ancestry, much like a person’s DNA can be traced back to their parents and grandparents.

To do this, the New York team uploaded the samples they had taken to a server run by the Global Initiative on Sharing All Influenza Data (GISAID EpiFlu) where scientists from around the world share data.

The first patient they studied had no relevant travel history, meaning he had been infected by someone in their community.

“By the specific changes that had occurred in his virus, we could tell basically, with a high degree of probability that it was coming from England,” said Heguy.

Beyond determining transmission pathways, there could be clinical implications in continuing to gather more data.

For example, scientists will eventually seek to learn whether some strains lead to less or more serious forms of the disease than others, and this could inform targeted treatments.

Another potential use will come as countries go back to work and lift lockdown restrictions—as China and South Korea are starting to do.

If, as scientists suspect, the virus is seasonal and returns in a smaller second wave, they can immediately sequence its genome from infected patients, then take samples from the neighborhood where they live to determine if there is a community outbreak.

This in turn can help more targeted social interventions.