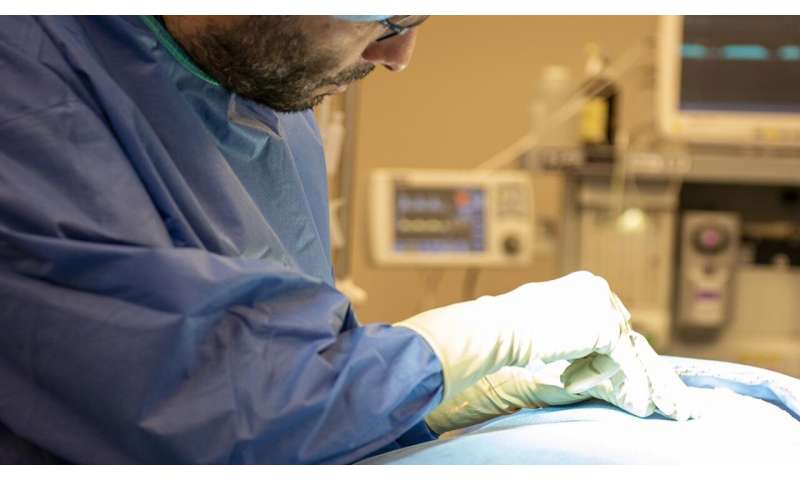 Researchers at Texas Heart Institute (THI) and UCLA crossed a significant milestone in the development of wirelessly powered, leadless pacemakers. In an article in the Nature Research journal Scientific Reports, the team used their innovative pacing system to reveal the ability to provide synchronized biventricular pacing to a human-sized heart in a preclinical research model.

Led by Dr. Mehdi Razavi, Director of Electrophysiology Clinical Research & Innovations at THI and Associate Professor at Baylor College of Medicine and Prof. Aydin Babakhani, Director of UCLA Integrated Sensors Laboratory, the research explores technology that could give doctors an entirely new therapeutic option for treating patients with arrhythmias and other cardiovascular comorbidities or conditions such as heart failure.

Approximately 30% of patients with chronic heart failure also have electrical conduction problems in their heart that require a type of therapy to resynchronize the heart’s conduction system in its two largest chambers. In these cases, doctors prescribe cardiac resynchronization therapy or CRT. CRT is delivered by long wires, called leads, that are attached to pacemakers to pace both of the bottom chambers of the heart. When a patient needs both chambers of the heart synchronized, called biventricular pacing, a traditional pacemaker with leads is currently the only commercially available option. Unfortunately, these leads are prone to fracturing, dislodging, and migrating away from the original location.

Although patients do see improvements with CRT, usually within 6 months, roughly a third of patients do not respond well to the therapy, and non-responder rates can be as high as 43%.

By allowing simultaneous pacing from multiple sites in the heart, THI and UCLA’s new leadless, wirelessly powered pacemaker system aims to reduce the complications associated with the traditional pacemakers in use today and opens the door for safer and more effective biventricular pacing options. 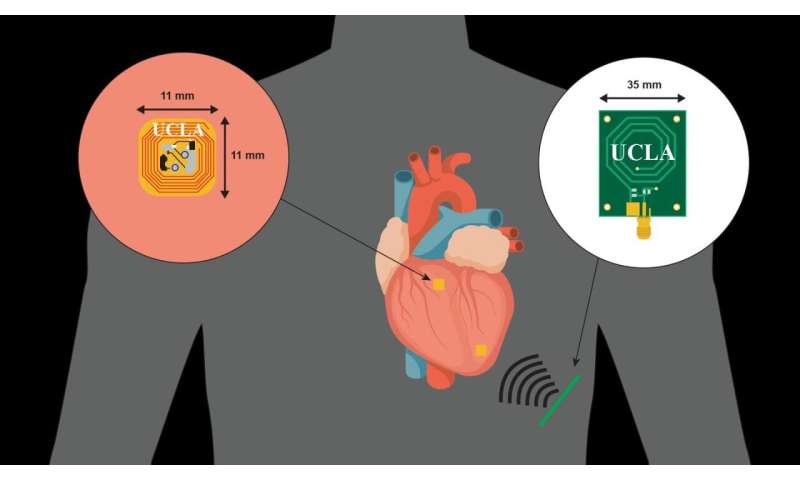 Previous research by the team proved the system’s ability to wirelessly power a single site in the hearts of small, medium, and large open-chest research models. In the new study, the tiny pacemakers—only a fraction of the size of a quarter —were shown to work in a closed-chest porcine model via wireless powered transfer to custom-designed low power integrated circuits on the heart.

The pacemaker’s potential clinical benefit, verified through measurements of electrical activity with an EKG and blood flow in the heart during the testing, was impressive. Specifically, the biventricular pacing strategy improved important clinical outcomes measures when compared to single-chamber pacing. Overall, the results advance the possibility of using wirelessly powered, multisite pacing to address cardiac resynchronization challenges.

The team is currently working on further miniaturizing the wirelessly powered pacemaker to make it implantable at one or more desired pacing sites on the heart in a minimally invasive manner. This will eliminate the need for intravascular leads and, most importantly, allow for synchronized and leadless pacing across multiple chambers of the heart, which offers the ability to provide patient-specific CRT.

A significant challenge of this new technology is maintaining the efficiency of wireless power transfer as the device becomes very small and the antenna becomes less efficient. The team addressed this issue by significantly lowering the power consumption of the electronics used in the pacemaker, integrating all the elements on a single chip, and designing antennas that resonate strongly with the input circuitry of the pacing chips, according to Prof. Babakhani, an associate professor of electrical and computer engineering at UCLA Samueli School of Engineering.

Babakhani’s laboratory, funded by UCLA, has pushed the limits of miniaturization so that an entire pacemaker can fit inside a vein. The miniaturized pacemaker eliminates the need for bulky onboard batteries as it receives energy and commands wirelessly through electromagnetic waves from an external controller. 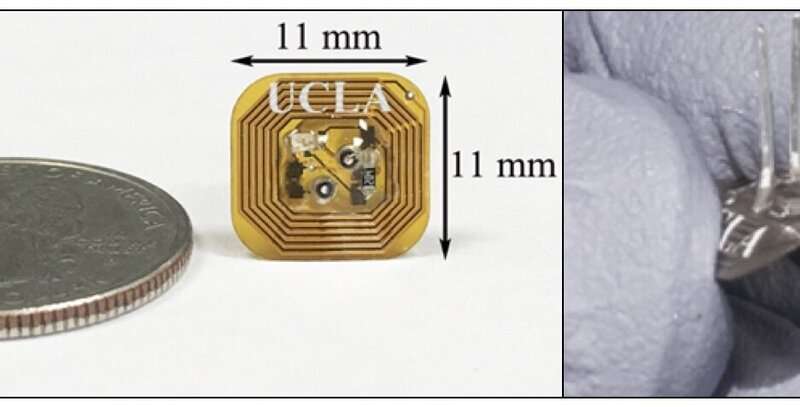 “Miniaturized implantable medical devices are already on the market today. They are used in neural implants, in microchips that can be wirelessly programmed to deliver doses of osteoporosis drugs, and in disposable video capsules that can be swallowed to wirelessly transmit images of the GI tract while traveling through the body. So why not miniaturize the pacemaker?” stated Dr. Razavi.

The team’s ultimate goal is to build a pacing system that can diagnose the pacing needs of the heart in real-time, provide critical feedback to the care team if needed, and deliver tailored treatments. Thus, the pacemaker will eventually be able to harness the power of artificial intelligence (A.I.) by learning from the data it generates to identify patterns and make adjustments. This A.I. capability could ensure constant, optimal patient-specific therapy according to THI research engineers, Dr. Allison Post and Mathews John. THI and UCLA are already collaborating with Rice University on the algorithms to accomplish this goal. Although this was not part of the research published in the Scientific Reports article, the Rice research team participated in the study discussions.

“We are creating a smart pacemaker that will constantly read the heart’s electrical needs and self-correct or continuously adjust and recalibrate to deliver a personalized pacing treatment in real-time, for each individual,” added Dr. Razavi.