The key to doing well in life is perception of how well off you are – NOT the reality, claim researchers

Teenagers’ opinions of how privileged they are are more important than the reality, according to research.

A study of more than 2,000 young people in England and Wales found a link between a teenager’s opinion of their family and their own success.

This appeared to be a more solid connection than their true wealth or social status, and there were even differences seen in the lives of twins who had differing opinions of the same parents.

Young people who viewed their parents as more successful were less likely to have been convicted of a crime and tended to be more educated, more likely to have a job and have fewer mental health problems.

Researchers suggested helping children to see their own families in a more positive light could help them overcome inequality. 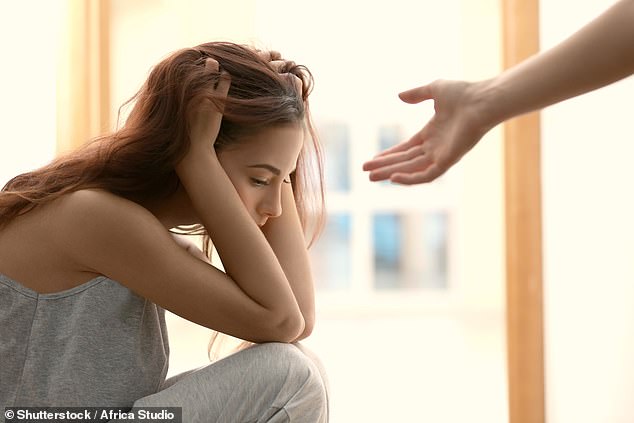 Signs of depression in children can include:

Some also have physical symptoms, like headache or abdominal pain.

Depression in children can occur due to family issues, bullying, other mental-health problems, or physical, emotional or sexual abuse.

It can be triggered by one event, such as a bereavement, or a build-up of things.

If you suspect your child is depressed, try to talk to them about how they are feeling.

Let them know you are concerned and you are there if they need you.

If they will not talk to you, encourage them to reach out to another relative, teacher or family friend.

If this does not help, contact your GP, who may refer your child to a specialist mental-health service.

A team from King’s College London and the University of California, Irvine, studied 2,232 same-sex twins born in the UK.

The participants were quizzed about their family’s social ranking when they were 12 and then again at the age of 18.

Although no link was seen at 12 years old, by the time the child was 18 a link had emerged between their views on their family and their own success in life.

‘The amount of financial resources children have access to is one of the most reliable predictors of their health and life chances,’ said Professor Candice Odgers, author of the report and member of staff at UCI.

‘But these findings show that how young people see their family’s place in a hierarchical system also matters.

‘Their perceptions of social status were an equally good, and often stronger, indicator of how well they were going to do with respect to mental health and social outcomes.’

A twin with a higher estimation of their family’s social status was more likely to have a job than their sibling, the study showed.

‘Siblings grew up with equal access to objective resources, but many differed in where they placed their family on the social ladder – which then signaled how well each twin was doing,’ said Joshua Rivenbark, a PhD student at Duke University.

However, physical health and intelligence did not appear to be linked to someone’s perception of their family – this was more likely to be tied to the reality of the family’s financial situation.

‘But as the gap between the rich and the rest grows, creative solutions focusing on both societal and individual factors are needed to help young people to overcome unprecedented obstacles to social mobility and move their way up the social ladder.’

The research was published in the journal Proceedings of the National Academy of Sciences.