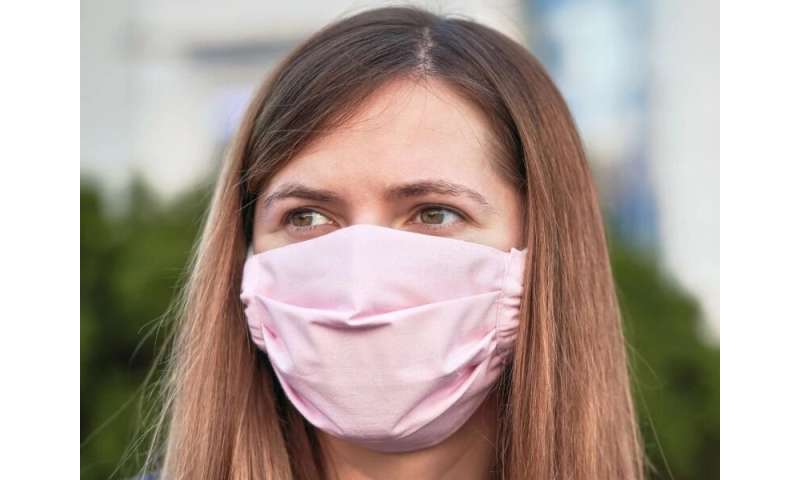 Recent studies show that people infected with the new coronavirus could be spreading “aerosolized” viral particles as they cough, breathe or talk in a 13-foot radius, and viral particles can also move around on people’s shoes.

But there was also good news from the studies: Standard protective gear appears to effectively shield health care workers from these aerosolized droplets and infection, and even cloth face masks could curb the spread of exhaled droplets.

Reading over the findings, emergency medicine physician Dr. Robert Glatter said they are a reminder that any form of social distancing should help curb new cases of COVID-19.

“The bottom line is that maintaining some distance from others is better than none,” said Glatter, who works at Lenox Hill Hospital in New York City. “Six feet is better than 5 feet. In the age of coronavirus, the more the better. It really comes down to the likelihood of viral transmission.”

In one study, Chinese researchers tracked viral “distribution” in hospital wards in Wuhan, the city where the coronavirus pandemic emerged. From February 19 to March 2, “we collected swab samples from potentially contaminated objects in the ICU and general ward,” said a team led by Dr. Zhen-Dong Guo, of the Academy of Military Medical Sciences in Beijing.

“We also sampled indoor air and the air outlets to detect aerosol exposure,” the researchers explained.

As the doctors noted, when people exhale, heavier droplets (potentially containing virus) tend to drop to the ground because of gravity, whereas lighter droplets can remain suspended in breathable air.

Their tests found that 70% of swab samples from the hospital floor came up positive for coronavirus, “perhaps because of gravity and air flow causing most virus droplets to float to the ground,” the study authors said.

“In addition, as medical staff walk around the ward, the virus can be tracked all over the floor, as indicated by the 100% rate of positivity from the floor in the [hospital] pharmacy, where there were no patients,” the researchers said. “Therefore, the soles of medical staff shoes might function as carriers.”

And what about the air people breathe? The closer to an infected patient, the more likely an air sample was to come up positive, Guo’s group said. “Virus-laden aerosols were mainly concentrated near and downstream from the patients,” the team reported.

But tiny airborne aerosols could travel farther than the 6 feet now recommended in most social distancing advisories. In fact, “the maximum transmission distance of [coronavirus] aerosol might be 4 meters (13 feet),” Guo’s group reported. They published their findings online April 10 in the journal Emerging Infectious Diseases.

The Chinese study did have one good piece of news: Protective gear worn by hospital staff appears to thwart viral infection. “As of March 30, no staff members at Huoshenshan Hospital had been infected,” despite widespread contamination of air and surfaces, the team noted.

Another study of the aerosolization of exhaled droplets was published online April 15 in the New England Journal of Medicine. In that study, a team from the U.S. National Institutes of Health and the University of Pennsylvania used “laser light scattering” technology to track the dispersion of droplets from the mouth during normal speech.

The researchers found that droplets were dispersed into the air, but wearing a “slightly damp washcloth over the speaker’s mouth” effectively stopped most of the dispersion.

In a related commentary on that study, Harvard University molecular biologist Matthew Meselson said it “suggests the advisability of wearing a suitable mask whenever it is thought that infected persons may be nearby.”

For his part, Glatter said that “while 6 feet is certainly ideal based on recommendations by the U.S. Centers for Disease Control and Prevention, we are now learning that aerosolized droplets from coughing or sneezing, which may then be carried by currents indoors and outside, may make this distance less than ideal.”

Still, he said, the science on all of this continues to evolve.

“The truth is this: We don’t know what it truly takes to get infected with the virus, including the amount of virus necessary to actually initiate an infection,” Glatter said. “In fact, it may not require infected surfaces or droplets after all, just aerosols. We just don’t know. Research on this concept continues to expand and evolve.”

Glatter stressed that other factors—including how deeply into the lungs viral particles penetrate, and the strength of a person’s immune system—are also involved in the infection process.