Pat yourself on the back if you've sealed your home for energy efficiency. Keeping drafts out is a money-saving move. The hitch? A tightly sealed home may also trap in pet dander, smoke, dust mites, mold and other nasties that can trigger respiratory issues.

As indoor air quality becomes a concern for consumers, manufacturers produce "remedies" for us to buy or, at minimum, buy into. The question is: Is an air purifier worth the investment? 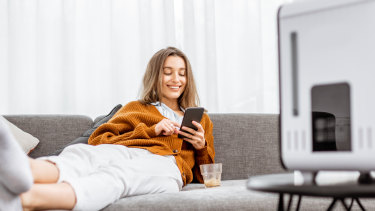 It might work for pet dander, but not so much for those allergic to dust mites.

"Air purifiers can be an important part of allergen avoidance, but they are not a cure-all," says Manav Singla, an allergist and immunologist affiliated with MedStar Health locations in Maryland. "I don't tell all of my allergy sufferers to go out and get an air purifier, just like I don't tell them to install hardwood floors."

Because they filter airborne particles such as dander and pollen, air purifiers might work best for people with animal allergies who own a dog or cat or who leave doors and windows open, Singla says. They aren't effective for those sensitive to dust mites, because mites live in carpet and bedding.

The research into efficacy of air purifiers is inconclusive. In 2018, the American Academy of Allergy, Asthma and Immunology analyzed studies of eight interventions believed to help asthma patients, including air purifiers. It found that: "Despite an extensive evidence base spanning several decades, the evidence base as a whole is insufficient to support meaningful conclusions about the effectiveness of many widely used products and strategies for improving patient outcomes by reducing environmental allergen exposure." It also called for better research.

A 2010 analysis by the academy concluded that "the principal role of air cleaning and filtration in the living environment for those with allergic respiratory diseases might relate more toward the reduction of disease progression rather than a 'treatment.' " It added that although portable room air cleaners with high-efficiency particulate air, or HEPA, filters appear to be beneficial, especially in bedrooms, for households with forced-air HVAC systems, "regular maintenance schedules and the use of high-efficiency disposable filters appear to be the best choices."

If you decide to buy an air purifier, your first decision is whether you need a portable or whole-house model. If you have ductwork and a forced-air system, a whole-house system will work. Homes with radiant heat and no air conditioning will need portable, stand-alone models.

Whether you opt for a portable or whole-house purifier, you need to measure the square meterage of the space you're trying to treat, whether it's a single room or the entire home. The cost of any unit is dictated by size and efficiency. Here's what else you need to know.

You'll find several types. Basic mechanical models use a fan to force air through a filter to remove particles. Those with higher-grade HEPA filters are certified to capture the smallest particles, including dust, smoke, pollen and pet dander.

Electronic air purifiers are designed to create an electric charge so particles stick to metal plates in the machine, which you then carefully wipe off. Some manufacturers combine technologies. Other models include a UV light and claim to kill mold and bacteria, but Consumer Reports has not tested those models, and there's currently no evidence that they do what they claim, Santanachote says.

Some purifiers include an activated carbon filter to absorb odors and/or remove gases. While thicker, heavy-duty carbon filters are effective, they are pricey. Thin mesh ones are a waste of money, Santanachote says.

Don't be dazzled by sleek looks or equate higher cost with better performance. Look for models certified by the Association of Home Appliance Manufacturers (AHAM). Then check the Clean Air Delivery Rate (CADR), which describes how well the machine reduces tobacco smoke, pollen and dust. The higher the number the better. Less than 60 is poor, and more than 240 is excellent, Santanachote says.

If there's a floor model available, look inside for a thick filter covering a broad surface. Even better, ask to plug it in. An air purifier, by its nature – basically a fan and a filter – is noisy, especially on higher speeds. If that's a concern, you'll want to hear it for yourself. One workaround is to purchase a purifier rated for a larger space and run it at a lower, quieter speed.

Assuming your home has ducts, a whole-house air cleaner is an easy, quiet, no-fuss option. If you want to go all out, there are units with multiple filters to capture airborne particles, plus an activated carbon filter to remove odors.

It's also possible to add a UV light system to your HVAC system, but they aren't cheap. There are two types: an object cleaner and an in-duct air purification system.

An object cleaner positioned next to the coil of your air conditioner – a dark, damp breeding ground for mold and bacteria – floods the area with UV light and kills off organisms before they can be pulled into your ventilation system.

Your second, pricier option is a UV in-duct air purification system. Think of the UV light like the sun's rays. "By putting the 'sun' into your ductwork, the UV lightbulb emits vaporized hydrogen attacking germs, bacteria, mold spores, fungus and odors as the air cycles through your home," Jackson says. Some models claim to clean countertops and other surfaces, as the treated air is forced out of vents through your home.

Although some users swear by UV air scrubbers, Singla points out that UV filtration is of limited value for the average consumer with allergies because allergens are not living tissue like mold. Bottom line: Unless you or someone in your household has severe allergies or is prone to respiratory infections, you may want to just keep your living space as clean as possible and your HVAC unit in tiptop shape before investing in an air purification system.