Because we have Obsessive Compulsive Disorder, a debilitating anxiety disorder that is stigmatised in today’s society but treated flippantly at the same time. 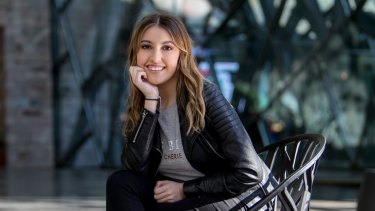 ‘It’s a disorder that is so difficult for the ordinary mind to comprehend, that it is simply turned into a joke.’

But that’s not fair for the sufferers who spend hours looking in the mirror to try and figure out who they are or who are so afraid of being a monster that they isolate themselves from the world to “keep others safe”. The sufferers who constantly tell themselves the world would be a better place without them. It is not fair to us to make light of OCD as so often happens.

OCD affects 3 per cent of the population – they say – however due to the nature of the thoughts, it’s easy to assume many people go undiagnosed. Would you open up to a therapist to tell them you’re having thoughts of harm or you think you’ve somehow been possessed?

I was diagnosed with OCD 18 months ago, but my first intrusive thought occurred while watching the news when I was just a teenager. It was a story about a murder; a young grandfather who "snapped" one day had killed his entire family. He had no previous history of violence or mental illness, was just "an ordinary guy" who snapped. How could this be possible? For a mind with OCD, this is the worst thing you could hear.

Did you see a crumb on your desk and you needed to flick it off? Perhaps you just don’t like crumbs? That is not OCD.

I spent days researching this case, trying to figure out why this grandfather did this, because if an ordinary person could flip a switch, that meant I could too. The idea of uncertainty made me feel so sick to my stomach I would vomit, shake, cry and not stop researching until I could come to a conclusion that this would never be me.

But that’s the thing with OCD, you can never feel you have found certainty. Every human being is capable of violence. But the difference is, an ordinary brain would not focus on that and would continue living their life. “Worry about it if and when the time comes,” my loved ones would say when I’d spend hours crying to them about my irrational fears. But a brain with OCD cannot go back to normal day to day tasks without suffering from the fear of not knowing the future.

That is just one example of the many subtypes of the disorder. Someone with OCD could want to spend hours cleaning the house in fear that if they don’t, someone would walk right in and cause catastrophe, or could avoid falling pregnant in fear that they could develop postpartum psychosis and end up hurting their baby.

Someone with OCD could continuously reassure themselves that they are not their thoughts, to the point where they haven’t listened to a single thing you’ve said to them because they are so lost in their mind. Or they might drive around in circles to make sure they didn’t zone out on the road and hit someone without realising. Or avoid train tracks because they are petrified that they might snap and self harm one day even though they don’t want to. Or wash their hands continuously, not because they want to be clean, but because they’re afraid they will contract a terminal illness if they don’t.

A brain with OCD is irrational, but how it feels is real. So when we hear people joke off-handedly that they are "soooo OCD" because they keep their desk color coorindated it is destructive.

October 13th-19th is OCD Awareness Week. Let us make a difference by dropping the use of “OCD” adjectives. Do you like your pencils colour coordinated? That’s great, but unless the only reason you do that is to neutralise your disturbing thoughts, then that is not OCD. Does your room need to be spotless every single day? Is that because you’re just a neat person? Then that is not OCD either.

Did you see a crumb on your desk and you needed to flick it off? Perhaps you just don’t like crumbs? That is not OCD. It’s important to stop diminishing the severity of this disorder by over using the label. And it’s important to have a conversation and ask your loved ones if what they’re feeling goes a lot deeper than simple anxiety.

When I sought the courage to open up to a psychologist about how I felt after years of struggling with absurd fears, she knew straight away it was a case of OCD. There is no greater feeling than hearing a formal diagnosis to describe your irrational thoughts. Hearing that other people go through the same thing and you're not alone is revelatory.

Through therapy I have grown to realise that thoughts are harmless and even though I once believed things would never get better, now I can watch my thoughts pass through and can sit comfortably with the uncertainty of the future, and even laugh.

It’s so hard for someone with these thoughts to open up without the fear of being judged or “exposed”, but for someone in the midst of the condition this conversation could potentially be the difference between life and death.