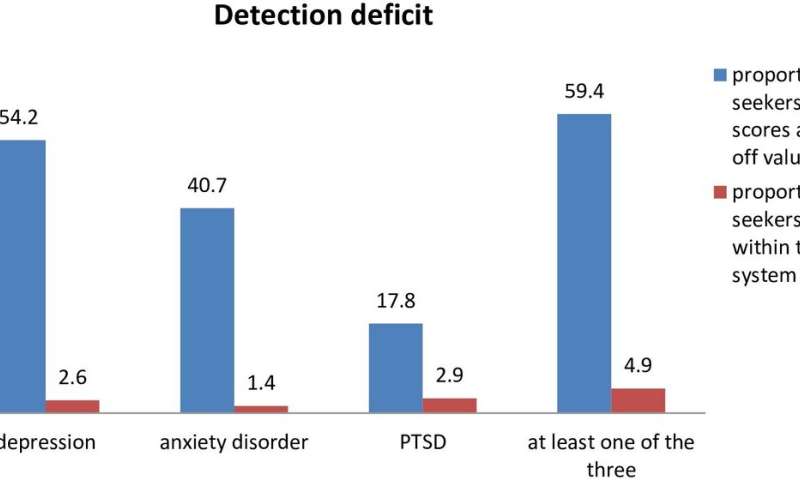 A new study of asylum seekers in Germany suggests that, among those with symptoms of depression, anxiety, or posttraumatic stress disorder (PTSD), few receive a diagnosis from the health care system, and of those diagnosed, many do not receive treatment. Amand Führer of Martin-Luther-University Halle-Wittenberg, Germany, and colleagues present these findings in the open-access journal PLOS ONE on October 7, 2020.

A large proportion of refugees around the world experience psychological problems, largely due to the adversity that prompted their migration, as well as continued stressors associated with the experience of seeking asylum in a new country. Asylum seekers appear to have limited access to psychological care, but the extent of this limitation has been unclear.

Despite some limitations of the study, these findings suggest that few asylum seekers with mental health disorders receive adequate diagnoses or treatment. The authors call for urgent, systematic efforts to address these shortcomings and improve mental health care for asylum seekers.