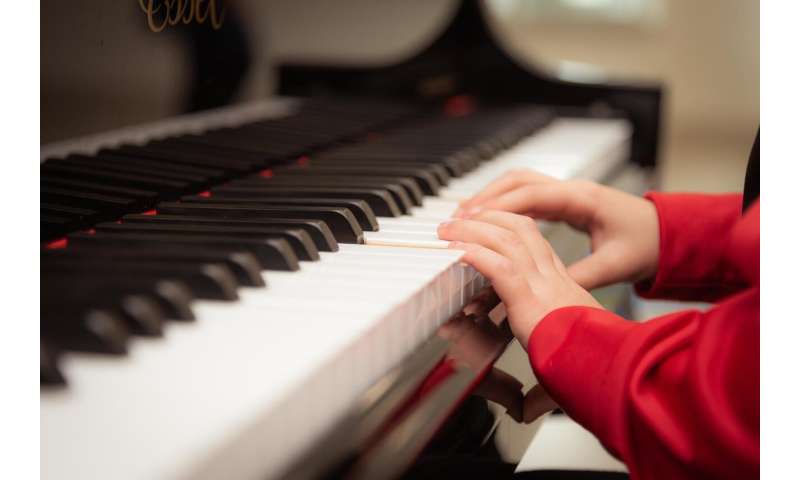 Music training does not have a positive impact on children’s cognitive skills, such as memory, and academic achievement, such as maths, reading or writing, according to a study published in Memory & Cognition.

Previous research trials, carried out to examine a potential causal link between music training and improved cognitive and academic performance, have reached inconsistent conclusions, with some suggesting that there may be a link between music training and better cognitive and academic performance and others finding little effect.

The authors re-analyzed data from 54 previous studies conducted between 1986 and 2019, including a total of 6,984 children. They found that music training appeared to be ineffective at enhancing cognitive or academic skills, regardless of the type of skill (such as verbal, non-verbal, speed-related and so on), participants’ age, and duration of music training.

When comparing between the individual studies included in their meta-analysis, the authors found that studies with high-quality study design, such as those which used a group of active controls—children who did not learn music, but instead learned a different skill, such as dance or sports—showed no effect of music education on cognitive or academic performance. Small effects were found in studies that did not include controls or which did not randomize participants into control groups (ones that received different or no training) and intervention groups (ones that received music training).

Giovanni Sala, the lead author said: “Our study shows that the common idea that ‘music makes children smarter’ is incorrect. On the practical side, this means that teaching music with the sole intent of enhancing a child’s cognitive or academic skills may be pointless. While the brain can be trained in such a way that if you play music, you get better at music, these benefits do not generalize in such a way that if you learn music, you also get better at maths. Researchers’ optimism about the benefits of music training appears to be unjustified and may stem from misinterpretation of previous empirical data.”

Fernand Gobet, the corresponding author added: “Music training may nonetheless be beneficial for children, for example by improving social skills or self-esteem. Certain elements of music instruction, such as arithmetical music notation could be used to facilitate learning in other disciplines.”