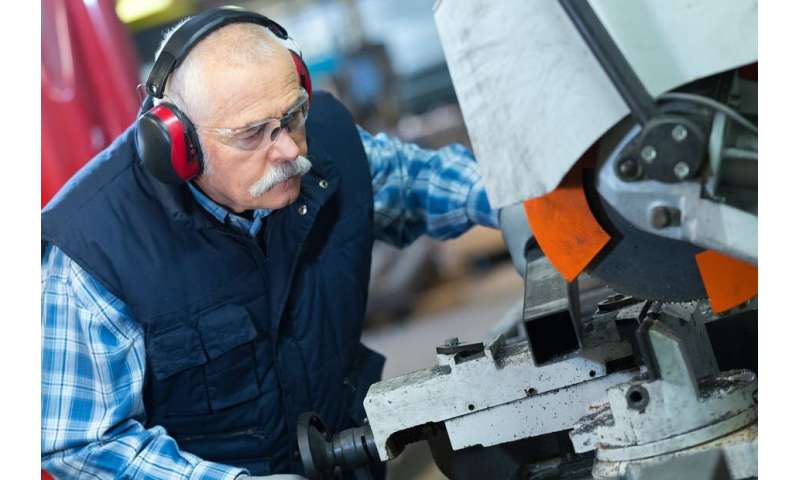 Since retirement is expensive, and state pensions are paid for by workers who pay tax, many governments are now concerned there aren’t enough working adults to fund the growing number of people in retirement. As such, many countries have decided to increase retirement age. In the UK, state pension age is increasing from 65 to 66 this year and will reach 67 in 2028.

Though we’re living longer, this doesn’t necessarily mean our health will allow us to work for additional years. Healthy working life expectancy tells us the average number of years people in a population are likely to be healthy and in paid work from the age of 50. Healthy working life expectancy focuses on working life after age 50, which is when health problems (such as common age-related diseases, including pain or mobility issues) can make it difficult for people to continue working or find a job that fits their needs.

Our study of healthy working life expectancy found that on average, people in England can expect to be healthy and in work for almost nine and a half years after age 50. However, these years are not necessarily lived consecutively as people may temporarily leave work or experience health problems. These findings came from data on 15,284 people aged over 50 in England who were interviewed several times from 2002 to 2013.

People also tend to have longer healthy working lives in the south compared to the north of England. This reflects the worse health and economic conditions typically seen in the north. The amount and type of jobs available regionally also influence differences in healthy working life expectancy, as people who cannot find a job that suits them won’t be able to continue working. 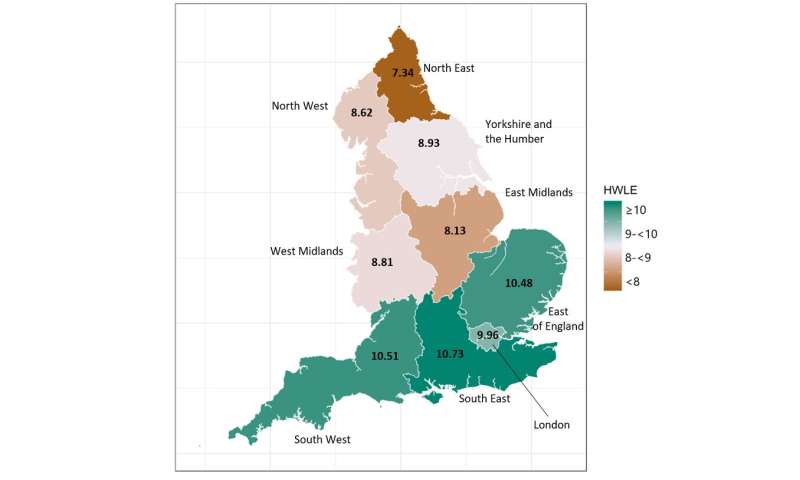 Many factors contribute to the different average lengths of healthy working life between groups. The higher healthy working life expectancy in men compared to women can at least partly explained by women having been able to access their state pensions earlier before 2018.

A region’s healthcare quality, prevalence of health problems, access to job opportunities, and whether a workplace can accommodate a person’s needs are all factors that explain the differences in healthy working life expectancy. These factors may also be barriers that can prevent groups with lower healthy working life expectancy from remaining in employment. For example, those in manual occupations (and their employers) may be less able to accommodate health problems later in life.

Given that people with higher education or those living in less deprived areas are estimated to have a longer healthy working life expectancy suggests a link with socioeconomic status. Lower socioeconomic status is associated with poorer physical and mental health, and low-paid work or unemployment. Possible explanations for this link include lower quality job opportunities, money worries, and insufficient income to afford a healthy lifestyle.

Increases in retirement age has been a response to higher life expectancy nationally. However, some regions have seen bigger improvement compared with others, while some have seen declines. But international research indicates that living longer does not necessarily mean more time spent in good health—and our findings also suggest that many people will find it challenging to work until the new retirement age.

A key reason for increasing retirement age is to ensure the financial sustainability of the state pension programme. But if a large proportion of the population aren’t healthy enough to work for longer, there may be an increased need for government financial support due to unemployment or disability. Those with health problems who can’t afford to leave work may find that, without adaptations, their health interferes with their productivity, their daily tasks, or that their working hours may make them less able to effectively look after their health.

In the UK, health gaps are widening. Without interventions to improve health and access to good work opportunities, it’s possible that some groups could see healthy working life expectancy stay the same or even decrease. For these sub-populations, waiting longer to receive state pension income could be particularly difficult.