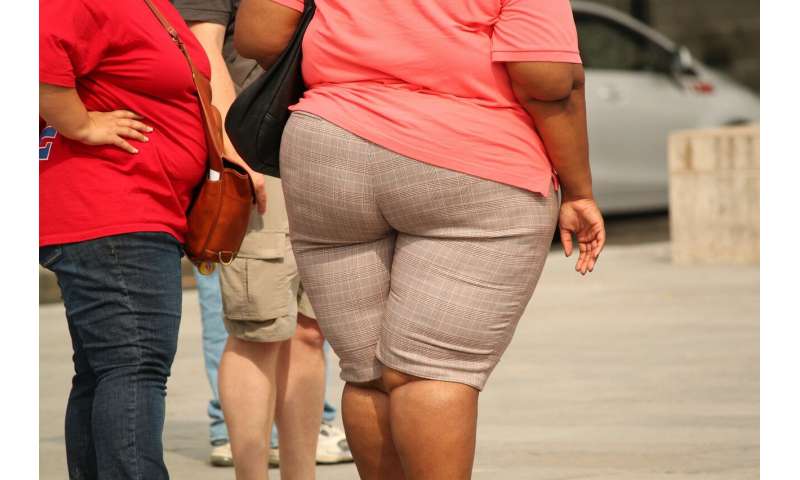 People with obesity are often treated with less respect than other people, discriminated against, and socially devalued because of their weight. This societal stigma can sometimes be internalized, leading individuals with obesity to blame and devalue themselves because of their weight. While it’s known that weight “self-stigma” is associated with poor mental and physical health, little is known about how to help people combat it. Now, in a first-of-its-kind study, researchers at Penn Medicine showed that people who received a new stigma-reduction intervention, along with standard behavioral weight loss treatment, devalued themselves less due to their weight compared to participants who only received the weight loss treatment.

Their findings were published today in the Journal of Consulting and Clinical Psychology.

“Our findings suggest that incorporating an intervention that targets internalized weight stigma into weight management programs may be beneficial for individuals who struggle with poor self-image due to their weight,” said the study’s principal investigator and lead author Rebecca Pearl, Ph.D., an assistant professor of Psychology in Psychiatry in the Perelman School of Medicine at the University of Pennsylvania.

Research has found that, beyond the effects of body mass index (BMI) and depression, self-directed weight stigma is associated with heightened risk for cardiovascular and metabolic disease. Although there is increased awareness of the health effects of weight stigma, questions exist about effective strategies to mitigate it. For this study, the team conducted the first randomized controlled trial of an intervention designed to reduce internalized weight stigma as part of a weight management program.

Seventy-two adults with obesity who reported experiencing and internalizing weight stigma participated in the six-month weight loss study. In one group, participants received behavioral weight loss treatment and access to the Weight Bias Internalization and Stigma (BIAS) program, which provided skills to help them combat negative weight-related thoughts, cope with weight-stigmatizing experiences, and increase their self- and body-acceptance. The other group of participants only received behavioral weight loss treatment, which also included more information on cooking tips and recipes.

Using two validated measures, the team assessed self-reported weight stigma at baseline, week 12, and week 26. Researchers also examined other self-report measures of psychological and behavioral factors, along with weight, blood pressure, and waist circumference. The team found that participants who received the Weight BIAS program showed significantly greater decreases on one measure of internalized weight stigma—self-devaluation—than participants who received weight loss treatment alone. However, researchers noted there were no differences between groups for the other measures of internalized weight stigma. Groups also did not differ in changes in other measures of psychological well-being, behavior change, or changes in weight and other health metrics, with participants in both groups showing improvements. For example, participants in the Weight BIAS program lost an average of 4.5 percent of their starting body weight at 6 months, compared with 5.9% for those in the standard weight loss group. Participants rated the Weight BIAS program highly in their assessment of how much they liked it and benefited from it. The weight loss intervention was also rated highly in both groups.