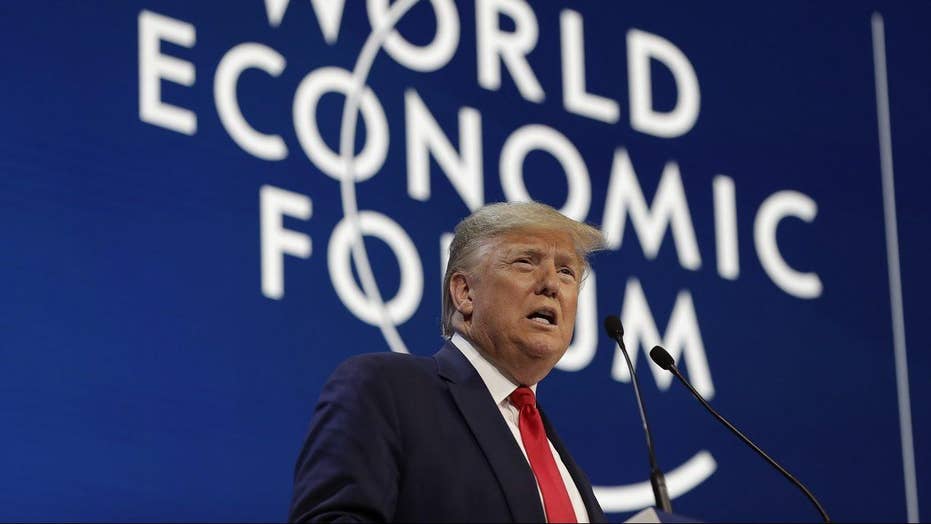 President Trump said Wednesday that the United States has a plan to contain the deadly coronavirus after the first case was reported in the country this week, reports said.

Speaking from the World Economic Forum in Davos, Switzerland, Trump praised the "very good professionals" at the Atlanta-based Centers for Disease Control. "We're in very good shape and think China's in very good shape also," he said, according to a CBS reporter.

“We think we've already handled it very well,” he said.

Trump also told CNBC in an interview that the U.S. has the situation "totally under control," adding, “It’s one person coming in from China. We have it under control. It’s going to be just fine.”

He said he trusts how China’s President Xi has handled the outbreak. "I have a great relationship with President Xi," he told CNBC.

Major airports in New York and California have started screening passengers on connecting flights from Wuhan, China, where the disease was first reported, CNBC reported.

The CDC confirmed Tuesday that a man in Seattle had contracted the disease, which has symptoms similar to pneumonia, after arriving from China.

The disease has killed at least nine patients and sickened more than 300 others, according to China's National Health Commission.

Cases have also been confirmed in Thailand, South Korea, Japan and Taiwan, according to CNBC.