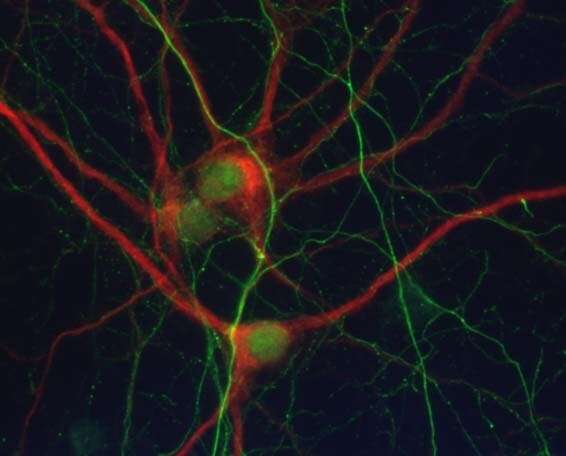 Promoting the signaling pathway of reelin, an essential extracellular protein for the neuronal migration and synaptic plasticity, could be an effective therapeutic strategy to counterbalance the main cognitive, biochemical and behavioural alterations seen in Alzheimer’s and other pathologies associated with Tau protein, as shown in a new study with animal models published in the journal Progress in Neurobiology.

The study proves the determining role of reelin in the modulation of pathological processes associated with Alzheimer’s and other tauopathies (accumulation of amyloid plaques, aberrant distribution of Tau phosphorylated, synaptic dysfunction and memory loss), and opens a new perspective to design future therapeutical targets and drugs to fight these disorders.

The first author of this study is the researcher Daniela Rossi, and it is led by Eduardo Soriano and Lluís Pujadas, members of the Faculty of Biology and the Institute of Neurosciences (UBNeuro) of the University of Barcelona, the Network Center for Biomedical Research in Neurodegenerative Diseases (CIBERNED) and the Vall d’Hebron Research Institute (VHIR).

Alzheimer’s disease is a neurodegenerative disease known for the loss of connection between neurons and neuronal death. It is largely linked to the creation of senile plaques (formed by the amyloid-beta peptide, or Aß), and the presence of neurofibrillary balls (insoluble deposit of Tau).

In the adult brain, the loss of reelin has been related to an increase in the phosphorylation of Tau protein, a factor related to the microtubules mainly expressed in neurons, which ends up in neurofibrillary ball form. This is typical in Alzheimer’s.

In this context, the function of the reelin protein to promote synaptic plasticity and reduce Tau phosphorylation was considered a potential mechanism to reduce the consequences of the neurodegenerative process and protect the brain from neuronal damage.

New beneficial effects of reelin in animal models with tauopahy

In previous studies, experts had affirmed the alteration of reelin in Alzheimer’s disease and its role in intracellular signaling pathways related to neuronal survival and the physiology of the adult brain. Researchers had described the active role of reelin in the recovery of cognitive functions and the reduction of fibers of the Aß peptide in vitro and amyloid deposit in the brain in animal models with Alzheimer’s (Pujadas et al. Nature Communications, 2014).

The study describes new molecular data on the signaling pathway of reelin and reveals how this protein can reverse the main pathological affectations of Alzheimer’s at different levels in animal models affected by tauopathies. In particular, the results reveal that overexpression of reelin is able to modulate levels of phosphorylation of the Tau protein in in vivo models.