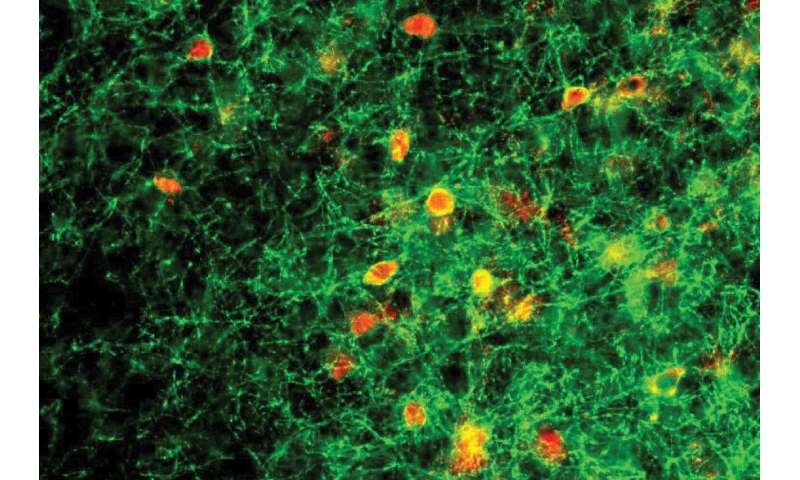 The brain undergoes dramatic change during the first years of life. Its circuits readily rewire as an infant and then child encounters new sights and sounds, taking in the world and learning to understand it. As the child matures and key developmental periods pass, the brain becomes less malleable—but certain experiences create opportunities for parts of the adult brain to rewire and learn again.

New research by Billy Lau, a postdoctoral researcher working with Assistant Professor Keerthi Krishnan in the Department of Biochemistry and Cellular and Molecular Biology in the University of Tennessee, Knoxville’s College of Arts and Sciences, examines the time during which an adult female mouse first learns to recognize and respond to the distress cries of young mouse pups as one such opportunity for rewiring.

The findings were published earlier this month in the Journal of Neuroscience and hint at potential therapeutic strategies for Rett syndrome, a rare neurodevelopmental disorder.

“Children diagnosed with neurodevelopmental disorders eventually grow up and continue to exhibit symptoms throughout life,” Krishnan said. “Though much research is focused on identifying and diagnosing neurodevelopmental disorders, much work needs to be done to help improve or manage symptoms for patients throughout their life. Rett syndrome mainly affects girls and women worldwide; very few studies focus on pathology of the disorder in adult women.”

For several years, Lau and Krishnan have been conducting research with a team at Cold Spring Harbor Laboratory headed by Stephen Shea and Josh Huang. In their previous work, the team discovered that female mice lacking one functional copy of Mecp2 failed to respond to the distress cries of their young. The scientists honed in on the abnormal behavior of a group of neurons in the auditory cortex called parvalbumin (PV) neurons together with higher protein expression of perineuronal nets (PNNs), structures that improve connections within the brain.

“PVs and PNNs are thought to be inhibitory, acting as a brake in the brain that prevents learning,” Lau said. “In the new study, we tested this hypothesis. Our findings reveal a physiological mechanism underlying the progression of Rett syndrome that may extend to other brain regions.”

In the new study, Lau and the other members of the team took a closer look at how exposure to the young pups changes signaling within the auditory cortex of female mice. By monitoring the activity of individual cells in this part of the brain, the researchers found that when Mecp2 is intact, the dampening effect of PNNs and PV neurons decreases following exposure to the pups. This allows other neurons in the circuit to become more responsive to the young animals’ cries. This change occurred even in mice that had never been pregnant. In female mice whose Mecp2 gene was impaired, however, the dampening signals remained strong.

The findings support previous evidence that the function of PV neurons is particularly vulnerable to the loss of Mecp2, suggesting that these cells or the circuits they are involved in may be appropriate targets for drug development and that patients with Rett syndrome may be most responsive to treatment during certain periods of life in conjunction with their environment and social experience.