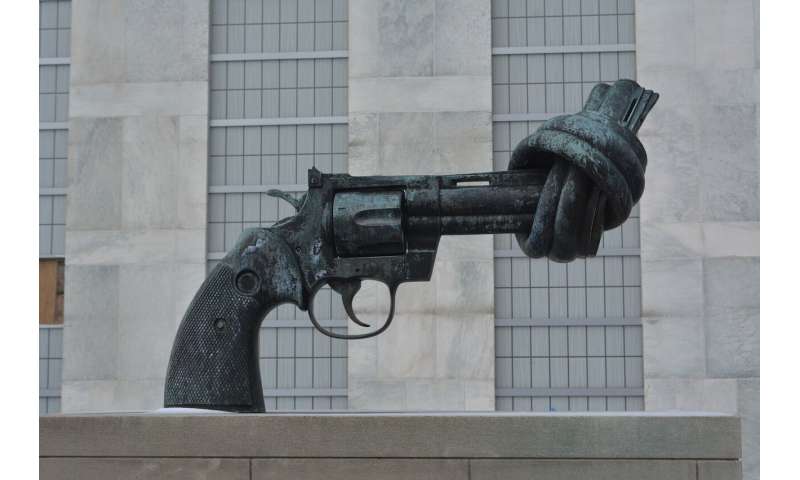 Gun homicide rates in the US are associated with several social determinants of health, including income inequality, government welfare spending, trust in institutions, and social mobility, according to a new study published December 17 in the open-access journal PLOS Medicine by Daniel Kim from Northeastern University in Boston, Massachussetts.

Gun violence is a major contributor to the life expectancy of Americans, and better knowledge about its root causes is crucial for prevention. Yet no previous studies have comprehensively investigated and compared major area-level social determinants of health as possible drivers of firearm homicides and mass shootings. To address this knowledge gap, Kim used the latest location-linked gun homicide incident data from the US in 2015 to explore and compare the independent associations of key state-, county-, and neighborhood-level social determinants of health with neighborhood gun homicides and mass shootings in the United States. State firearm laws and other state, county, and neighborhood (census tract [CT]) characteristics were also taken into account. The study population consisted of all 74,134 CTs as defined for the 2010 Census in the 48 states of the contiguous US. The analyses were based on 13,060 firearm-related deaths reported in 2015.