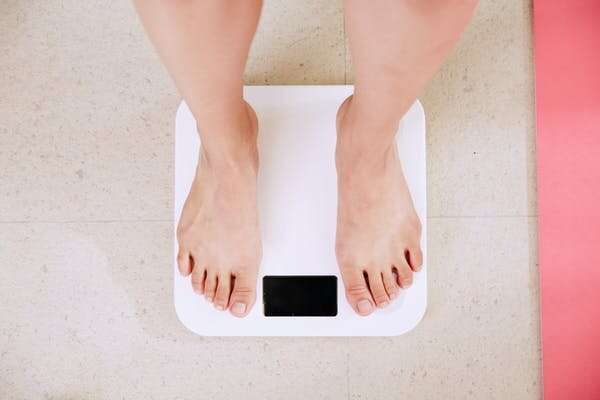 Diets claiming you’ll lose a huge amount of weight in next to no time pop up on social media relentlessly.

When a new diet promises dramatic results with little effort, or sells miraculous pills, potions or supplements “guaranteed” to “melt body fat” or speed a up sluggish metabolism—with testimonials touting success—then be skeptical.

We evaluated four current diet trends to see how their claims stack up against the science.

Reverse dieting, referred to as “the diet after the diet,” involves increasing your energy intake in a gradual, stepwise way after you stop following a reduced energy diet.

The reverse diet is popular among bodybuilders and physique athletes trying to return to “normal” eating patterns without gaining extra weight.

The theory is that providing a small energy intake surplus may help restore circulating hormone levels and reverse any adverse change in the body’s energy expenditure, restoring it to pre-diet levels.

At the same time it tries to match energy intake to a person’s usual metabolic rate based on them being at a stable weight. The aim is to try not to store extra body fat due to consuming more kilojoules than are being used.

Anecdotal reports of success using reverse dieting have seen it trending, but there are no studies specifically testing this diet for weight management.

The Gut And Psychology Syndrome (GAPS) diet starts with a strict elimination diet followed by maintenance and reintroduction phases that proponents suggest you follow over several years.

There is no scientific evidence to support the website claim that the diet could lift a “toxic fog off the brain to allow it to develop and function properly.”

The GAPS diet wasn’t specifically formulated for weight management; it’s rather promoted as a natural treatment for people with digestive problems or conditions that affect the brain, such as autism. But the blog reports some people have experienced positive weight changes, either weight loss or weight gain, as needed.

The GAPS protocol also recommends a range of supplements including probiotics, essential fatty acids, digestive enzymes and cod liver oil which happen to be for sale on the website.

The GAPS diet says that increased intestinal permeability, or “holes in your gut” termed “leaky gut”, allow food components and bacteria to enter your blood, which it says then triggers neurological and psychological conditions including depression, autism and learning difficulties.

GAPS claims to heal a leaky gut by eliminating certain foods that trigger it and to improve digestive and psychological health.

While intestinal permeability is inc … d in some situations including pregnancy, during endurance exercise, or with the use of non-steroidal anti-inflammatory medication, there’s no evidence the GAPS diet regime resolves this.

Further, any bouts of diarrhea experienced while following the GAPS diet are not “clearing you out.” There is no scientific evidence that any diarrhea caused by following this diet is helpful.

Ultimately, this diet is extremely restrictive and puts you at risk of malnutrition. We strongly advise against it.

Human chorionic gonadatropin (HCG) is a hormone produced during pregnancy and used in fertility treatments. HCG supplementation has also been used in athletes because it promotes testosterone production and builds muscle in males. It’s currently on the World Anti-Doping list of prohibited substances.

HCG is promoted as a weight loss supplement with older claims it could mobilize fat and suppress appetite. The original 1954 HCG trial had some positive results and triggered development of the current HCG diet.

The diet involves taking a HCG supplement, typically as liquid drops, while following a very low-energy diet of 2,000 kilojoules (500kcal) a day.

Since 1954, no studies have replicated the original findings. The conclusion? Weight loss is due to the large energy deficit. We don’t recommend this diet.

IIFYM (If It Fits Your Macros) diet

Instead of counting kilojoules, the IIFYM diet gets you to count your macronutrients (macros).

First you use their online calculator and fill in a range of questions related to your plans to manage your weight. You supply your email and it works out your daily macro needs and sends you a copy plus an “offer” for a personalized program with a money back guarantee.

You then monitor your daily intake of protein, carbohydrate and fat in grams coming from food and drinks (though you can count macros on any app).

Depending on a person’s goals, the diet may or may not include a daily kilojoule restriction.

There is no research specifically testing the IIFYM diet. But lots of research has tested whether certain macronutrient ratios are better for weight management. The short answer is no.

A review of 14 popular diets with varying macronutrient ratios found no specific diet was better than others in achieving weight loss over six months. Across all diets weight loss diminished by 12 months.

For weight loss, the key to success is achieving a total daily kilojoule restriction you can live with.

Focus on which foods your macros are coming from, rather than the ratio. Eating foods of higher nutritional quality, like vegetables, fruit, legumes and whole grains, rather than energy-dense, nutrient-poor ultra-processed foods, means your total kilojoule intake will be lower.

Counting macros can inform food choices that boost diet quality and help lower kilojoule intake, but there’s no strong evidence behind this diet.