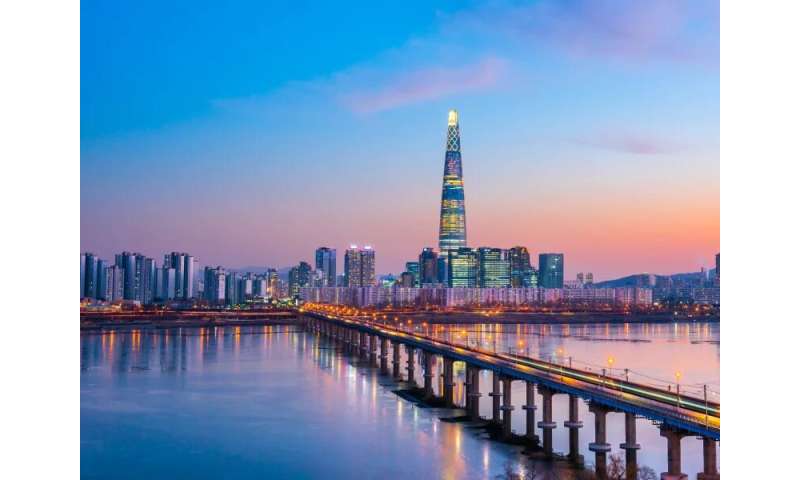 All three countries are placed uncomfortably close to China, the initial epicenter of the coronavirus pandemic that’s now swept across the world.

But they also have one other thing in common: They’ve each managed to contain their COVID-19 infections, preventing the new coronavirus from reaching epidemic proportions within their borders.

How did they did so might provide lessons to the United States and elsewhere, experts say.

South Korea, Taiwan and Vietnam each recognized the novel coronavirus as a threat from the outset, and aggressively tested suspected cases and tracked potential new infections, public health experts said.

“Finding cases and isolating them so they’re not transmitting forward—that’s the tried and true way of controlling an infectious disease outbreak, and when you analyze what was done in many Asian countries, you will find that at its core,” said Dr. Amesh Adalja, a senior scholar with the Johns Hopkins Center for Health Security in Baltimore.

The first cases of what is now called COVID-19 appeared in Wuhan, China, in early to mid-December, linked to a live animal and seafood market located next to a major train station.

Most of the world took a watch-and-wait approach, but not Vietnam, said Ravina Kullar, an infectious diseases researcher and epidemiologist with Expert Stewardship Inc. in Newport Beach, Calif.

“They actually started preparing for this on Dec. 31. They were testing on Dec. 31,” Kullar said. “They were proactive, and that I think is a key to preventing epidemics. They were overly cautious, and that really benefited the country.”

Vietnamese government officials also began hosting press conferences at least once a day, where they supplied honest and forthright information about the status of the coronavirus.

“They were very open and honest with the citizens of Vietnam, and that really served them well,” Kullar said.

There have been just 153 confirmed cases in Vietnam, which has a population of more than 96 million, according to Johns Hopkins coronavirus tracking.

A lack of testing in other countries has led to the widespread implementation of authoritarian measures like lockdowns to prevent the spread of coronavirus, Adalja noted.

“If you don’t have the diagnostic testing capacity, there may be a tendency to use very blunt tools like shelter-in-place orders, because you don’t know where the cases are and where they aren’t,” Adalja said.

“One person at a time can enter one side of this glass-walled booth, they grab a handset, and they are connected with a hospital worker standing on the other side of the glass,” Kullar said.

Using a pair of rubber gloves set into the wall, the health care worker can swab the patient without potentially exposing themselves to the virus, Kullar said.

“The hospital is able to tell the patient their results within seven minutes. We don’t have anything like that at all,” Kullar said. “They had this quickly put in place in most hospitals to get patients swabbed in a way where you don’t have direct contact with a health care worker.”

A country of 50 million, South Korea currently has 9,241 confirmed cases of COVID-19. While cases continue to climb there, they have done so with a much more gradual slope in March after a steep spike in February.

South Korea, Vietnam and Taiwan all learned lessons from the 2003 SARS epidemic and built up their public health infrastructure to be able to immediately respond to future crises, experts said.

Just 81 miles from mainland China, Taiwan had every reason to become a hotbed of COVID-19 activity. There’s a regular and steady flow of population between the island and China.

But there only have been 252 confirmed cases among the island’s 23 million citizens.

As with Vietnam, Taiwan began screening passengers flying in from Wuhan as early as Dec. 31, according to the Asia Times.

The island expanded its screening within a week to include anyone who recently traveled to either Wuhan or the Hubei province in which the city is located.

Taiwan also instituted border controls, quarantine orders and school closures, and set up a command center for quick communication between local governments and their citizens.

Although the United States missed its chance to head off a COVID-19 epidemic, and is well on its way to becoming the pandemic’s new epicenter, these lessons drawn from other countries could still be used to help manage infections in the months and years ahead, Adalja and Kullar said.

Public health measures like quick testing and contact tracing need to be in place and ready to go by the time states start to lift their lockdowns, Adalja said.

“There is going to be a point where we have to start thinking about how we move forward into a next phase of the response, and that will be finding cases and isolating them,” Adalja said. “As part of that, we will need to have diagnostic testing hopefully at the point of care to be able to identify those patients. We missed the early opportunity to do this, but we do have the ability to do that now as we go into a different phase of the response.”

The experience in Taiwan and South Korea show that democracies can respond effectively to an epidemic, Kullar noted. And China, with its totalitarian regime, has seen no new cases of local spread in almost a week.

Another example, and a European one at that, is Germany. Although the country has the world’s fifth-highest number of confirmed cases (43,646), there only have been 239 deaths.

Kullar cited the German health care system as the reason why people are surviving the virus, in particular the country’s nursing corps.