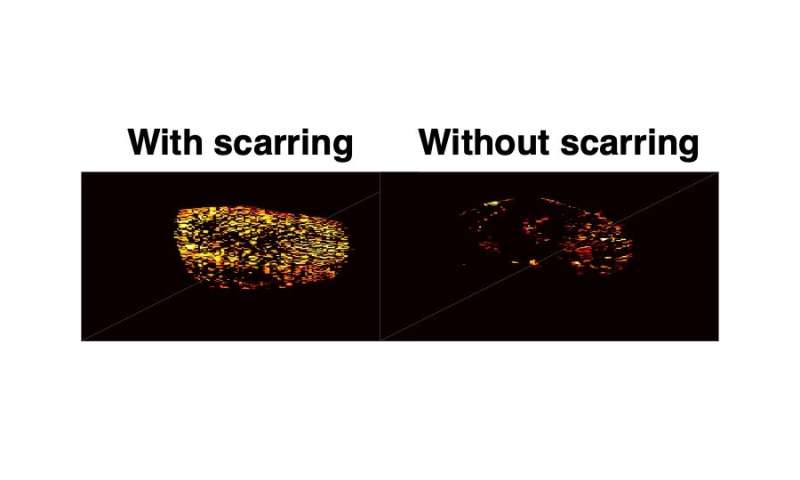 When kidney transplants first came into practice in the 1950s, patients with chronic kidney disease (CKD) could finally picture freedom from the unrelenting routine of blood-cleansing dialysis treatments. Just over a half-century later, demand has completely outstripped supply. The critically ill languish for years on waiting lists, while doctors have little choice but to accept donations of damaged kidneys in a desperate attempt to save lives.Transplant outcomes are so hard to predict that nephrologist Dr. Darren Yuen, of St. Michael’s Hospital in Toronto, compares it to “spinning a roulette wheel”. But recently published findings in JCI Insight are laying the groundwork to potentially revolutionize this dynamic—and empower physicians to eventually reset the gold standard in transplantation protocol.The research is an integration of Yuen’s clinical insights on kidney disease with the medical physics expertise of Ryerson University’s Dr. Michael Kolios and Ph.D. candidate Eno Hysi, and their respective teams. Both Yuen and Kolios have labs at the Institute for Biomedical Engineering, Science, and Technology (iBEST), a unique collaboration between the hospital and university, bringing together experts from diverse and traditionally siloed research fields.The team’s new method is a world-first in applying photoacoustic (PA) imaging to visualize scarring in kidneys, also known as fibrosis, a common form of damage in donor kidneys. Their results produced clear images of kidney scarring just hours before surgery. During this window of opportunity, an accurate assessment could mean the difference between implanting an organ with decades-long durability—or one that quickly fails, sending a patient right back to dialysis and the years-long waitlist.

Needle biopsy—a painful procedure fraught with bleeding risk—is currently the only method to assess the amount of kidney scarring in prospective donors. But its reliability is hampered by potentially inaccurate estimates based on a tissue sample size of only 1% of the kidney.The current research takes a quicker, non-invasive and more comprehensive route to quantify kidney damage, using PA imaging instead. The novel technology combines laser and ultrasound—a sequence that Hysi likens to lightning and thunder. “We shine light on kidney tissue, which creates a pressure wave that can be heard using an ultrasound probe.”The sound data is then run through a proprietary algorithm based on a technique called spectral unmixing.Each kind of body tissue absorbs coloured laser light in its own unique way. Collagen—one of the main components in kidney scarring—absorbs colour in a manner that is distinct from other components in the kidney. Spectral unmixing teases out the differences. Maps generated by the technology show the amount and distribution of collagen, blood or other tissue—thus allowing physicians to ‘see’ the quality of donated kidneys.

“It wasn’t at all obvious that it would work”

When Hysi first proposed using spectral unmixing to hone in on collagen, nothing in prior medical physics knowledge hinted that the application was even possible. “Typically, for the technique to work, you need to see large peaks and valleys in how components absorb light,” says Kolios. “But collagen is flat, so it wasn’t at all obvious that it would work.”Hysi persisted with a counterintuitive approach. With so many other biological substances exhibiting peaks and valleys once spectral unmixing is applied, collagen might stand out conspicuously by virtue of its own flatness.The problem became so intriguing that Hysi decided to explore this possibility in parallel with his own doctoral research on cancer monitoring. Two years later, the findings validated his hypothesis, and the proprietary algorithms are now being patented.In less than two minutes, the new technique can generate a 2-D image with enough detail to quantify total scarring in a kidney. Within 15 minutes, 3-D imaging allows visualization not only of overall scarring, but also its varied distribution throughout the kidney.