It’s not just coronavirus, ageism is a killer too: DR MAX PEMBERTON on how doctors in Italy are forced to make chilling decisions about which patients are given a chance at life, and why medics in the UK may have to do the same

Yes, it’s a horrifying thought, but this is precisely the situation that many doctors in Italy are facing on a daily basis right now.

So far, the virus that causes Covid-19 has infected more than 12,000 Italians and the death toll has topped 1,000 — most of whom are elderly, aged between 63 and 95 and with underlying illnesses. Hospitals are being overwhelmed.

Does a doctor allocate someone from the most vulnerable group a precious intensive care (IC) bed — and with it a chance of recovery — or should that bed go to a younger patient who also needs specialist care because of coronavirus or another conditon?

Reports this week from those on the front line in Italy’s worst-affected northern regions tell of doctors having to make the choice over and over, knowing that those they turn away will likely die. 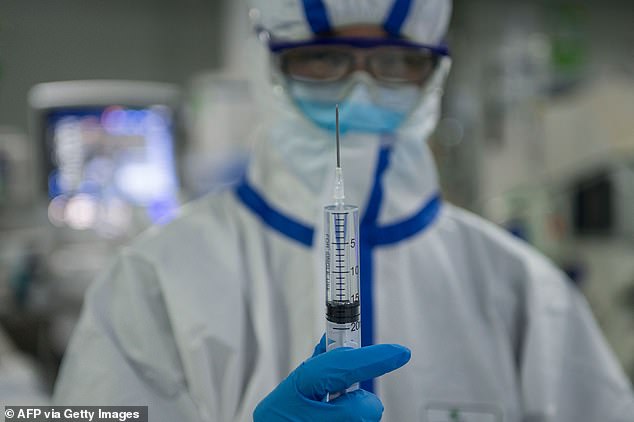 Reports this week from those on the front line in Italy’s worst-affected northern regions tell of doctors having to make the choice over and over, knowing that those they turn away will likely die

According to guidelines published by the Italian College of Anesthesia, Analgesia, Resuscitation and Intensive Care (SIAARTI) ‘it may become necessary to establish an age limit for access to intensive care’.

It is the harsh reality of this pandemic that even in rich, developed countries with excellent healthcare and facilities, such chilling decisions must be made. A real-life version of a dilemma that medical students are taught as part of their ethics course.

There is a runaway wagon barrelling down the railway tracks. Ahead there are five people tied to the tracks and the wagon is headed straight for them.

Disaster looms, but you are standing next to a lever that, if you pull, will switch the wagon to a different set of tracks. Yet there is a person standing on that track who will be killed as a result.

Now there are suggestions from the Intensive Care Society that British doctors will face the same dilemma here.

What should you do? Do you sacrifice one life to save many more, for the greater good?

This exposes two approaches to ethics: utilitarianism, which promotes the greatest good for the greatest number (a pragmatic approach — you pull the lever and save five lives and sacrifice one) versus deontological ethics, which state that the morality of an action should be based on whether the action is right or wrong in itself (a more purist approach — it’s wrong to kill, so you must do nothing).

That’s all well and good in theory. The difference for Italian doctors is they can’t console themselves with the knowledge that, in denying someone an IC bed, they are sacrificing one life to save many. Instead, it is a stark choice between one patient’s life and another’s. Such daunting decisions are common in medicine. 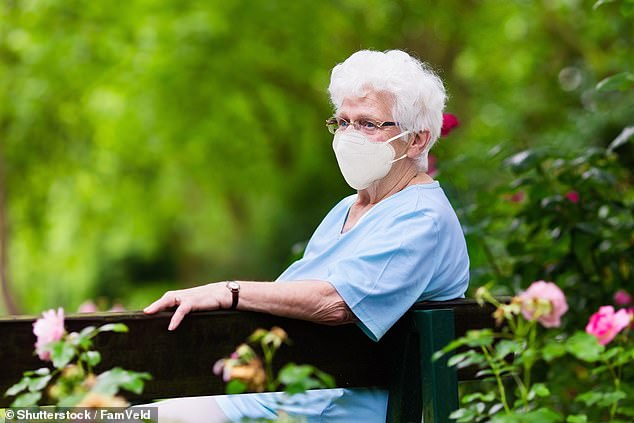 It is the harsh reality of this pandemic that even in rich, developed countries with excellent healthcare and facilities, such chilling decisions must be made. A real-life version of a dilemma that medical students are taught as part of their ethics course

The decision as to who should get an organ transplant, for example, is fraught with ethical conundrums in which medics are inevitably playing God because there aren’t enough organs for those who need them. Some people will die while waiting.

For example, doctors may be faced with deciding who should get a liver transplant — the alcoholic who has destroyed his or her liver through a lifetime of booze (alcoholics are eligible for a transplant if they have stopped drinking) or someone who’s liver has failed because of a genetic illness that is no fault of their own.

The purest approach says that all lives are equal and doctors are not there to make moral judgments about someone’s lifestyle choices but to reach decisions based on the clinical evidence.

Throughout the developing crisis in Italy, however, I’ve noticed a worrying ageism in the language surrounding the question of who to treat first. Some medics have been openly admitting that they are prioritising younger patients over older ones.

I appreciate the huge difficulties doctors in Italy are facing, but this is not acceptable. Ageism is the last bastion of acceptable prejudice in society. Phrases such as ‘they were old anyway’ and ‘they’ve had a good life’ are bandied about without thinking about what they really mean.

Does your age mean your life is worth less than someone else’s?

The grim truth is that older people are seen as fair game. How else do you explain the fact the NHS sees fit to ration cataract operations and hip replacements, which almost exclusively affect older people?

It’s this despicable attitude towards senior citizens that allows abuse to fester and spread in care homes in a way that would never be tolerated elsewhere.

Coronavirus will place the NHS under tremendous pressure and clinical staff will be faced with some challenging decisions. However, they must remember that discriminating against patients because of their age is wrong, regardless of the circumstances.