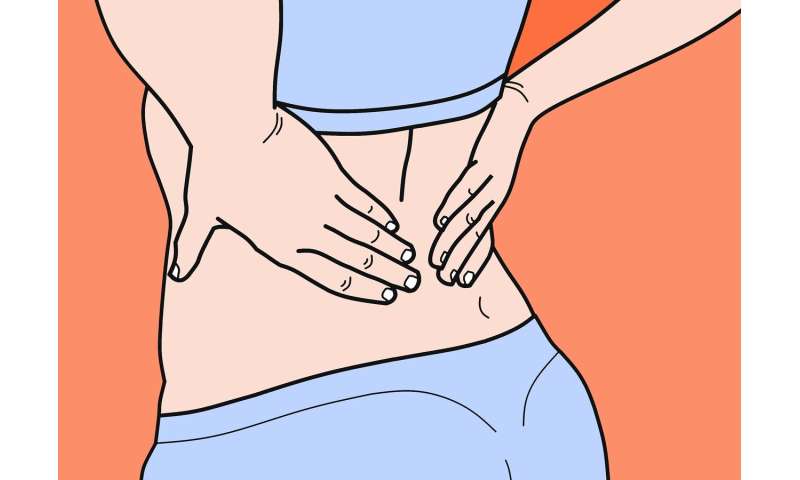 A team of researchers from several institutions in the U.S. has found a link between the onset of chronic back pain and changes to the nucleus accumbens in the brain. In their paper published in Proceedings of the National Academy of Sciences, the group describes their study of volunteers with and without chronic back pain, and those who were classified as subacute.

Chronic pain is a serious problem for millions of people around the world. Whether due to injury, old age or other circumstances, chronic pain can play a major role in how people live their lives. Unfortunately, pain is still not very well understood—scientists do not yet know how it arises in the brain. And doctors still have very few tools for diagnosing pain. Also, treatment of pain has been a major contributor to the ongoing opioid crisis. In this new effort, the researchers believe they may have found a way to diagnose pain that strikes in the lower back. Prior research has shown that back pain can take many forms and can persist for different lengths of time for different people. For some, it lasts for a short period while a person heals from an injury. For others, it lasts longer. And for still others, it can become chronic.