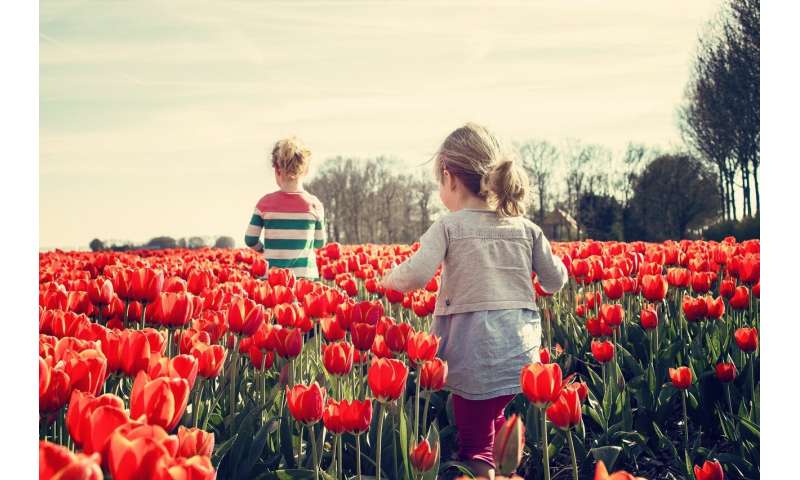 The shops are open and families cycle along in the sunny spring weather in the Netherlands, which has opted for what it calls an “intelligent lockdown” to curb the coronavirus pandemic.

In contrast to most other European countries where people are virtually housebound, the Dutch authorities have merely advised people to stay home and to keep 1.5 metres (five feet) of social distance.

While restaurants, bars, museums and its infamous sex clubs remain shut, and the famed cannabis ‘coffee shops’ are open for takeaway only, the outdoors-loving Dutch are otherwise allowed to leave home when they want.

Schools meanwhile start to reopen from May 11.

“My friend in Belgium has to stay at home and is only allowed to go out to walk her dog in the street. I mean, come on, be serious,” says Bianca Kragten, who runs a bike shop in The Hague.

Cheerfully ignoring the absence of the tourists who would normally be a major part of her business, Kragten hires out bikes in front of the shop, which she has decorated with little flags to “cheer up” people.

“It was total panic for our business in the first few weeks. Then we realised that we were among the lucky ones who were allowed to remain open,” she said.

“I think it would be very difficult to stay at home all day. I’m very happy with the opportunities we have, even if they are limited,” he said among his bookshelves a few minutes walk from the central railway station in The Hague, the seat of the Dutch government.

The government itself has won the “support of the population” with its measures as they are “easier to defend and explain to the people”, said de Koeijer.

Dutch Prime Minister Mark Rutte—who came up with the phrase “intelligent lockdown”—has been clear on the policy.

The authorities have admonished the public when the country’s beaches have become too crowded, but while police have closed car parks to stop crowds flocking there at the weekends, they remain open.

The Dutch position—very similar to Sweden’s—also reflects a wider philosophical split in both Europe and the world on how to balance the need to curb the disease against the catastrophic economic damage caused by harsh lockdowns.

Rutte, for example, has previously said that it was important to build “herd immunity” and that much of the Dutch population would get the disease—a controversial concept that appeared to have been backed by the British government at one stage.

Dutch policy has not always gone down well with its neighbours though, with Belgium—one of the worst affected countries—initially grumbling that the Netherlands was not strict enough.

But the Dutch believe they have made the right choice compared to countries like Italy, Spain, France and Belgium as the lockdowns there drag on and governments struggle to work out how to ease the restrictions.

So far, compared with the very heavy death toll and high number of infected in these countries, the Dutch approach seems to be working, with 4,711 lives lost and 38,802 cases reported for a population of just over 17 million.

“Governments need to convince the population that these are good measures,” said Frits Rosendaal, a professor of clinical epidemiology at Leiden University.

The number of coronavirus patients currently in hospital is falling, which shows the Dutch approach “has absolutely had an effect” and that its decision to observe less strict measures than other European countries was “responsible—medically and economically,” Rosendaal said.

“The two aren’t exclusive. You can’t have a healthy economy if half the population is in hospital.”

At his bookstore, Marijn de Koeijer says business is now down by about half from normal, whereas at the start of the coronavirus crisis it was down by about 70 to 80 precent.