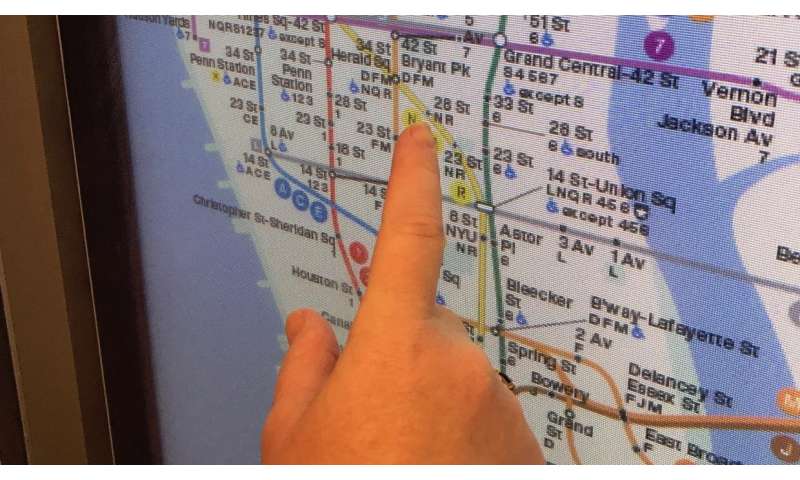 Working under a National Science Foundation Rapid Response Research (RAPID) grant for proposals with severe urgency, the team from the NYU Tandon School of Engineering and the NYU School of Global Health is advancing epidemiological analysis beyond the two-dimensional concept that has been in use since 1854, when John Snow first mapped cholera cases to identify specific contaminated wells as the infection sources of a severe local outbreak in London.

Rapid, repeated documentation and mapping of current conditions around medical and transport facilities will make it possible to investigate the implementation of social distancing regulations and predict patterns of exposure and transmission moving forward, explained the professors. The lead investigator for the project is Debra Laefer, a professor of civil and urban engineering at NYU Tandon who also serves as a professor of urban informatics and director of citizen science at its Center for Urban Science and Progress (CUSP), and the co-leader for the project is Thomas Kirchner, director of the NYU mobile health lab and an assistant professor of social and behavioral sciences at the School of Global Public Health.

This first-of-a-kind study will also lay the groundwork to build machine learning models to speed the analysis of how a virus spreads in urban areas—not just in New York, but across the United States and beyond. For instance, the project is pioneering a new way of thinking and documenting transmission locations. This type of documentation and modeling could easily be applied to airports, grocery stores, and playgrounds—anywhere large groups of people come, touch things, and leave.

“There have been numerous prominent, documented examples of diseases spreading through three dimensions, including Legionnaires’ disease through water systems and avian flu through ventilation passages,” Laefer explained. “Our researchers are personally observing patients and hospital personnel as they exit medical facilities, to see what they touch and where they go. The data we gather will be the basis for generating 3-D surface vectors to inform critical new disease transmission models that can radically improve public health decision-making, intervention, and risk communication—which obviously need to be as expeditious and effective as possible, particularly in situations like a global pandemic.”

The researchers are compiling 500 hours of individual geospatial interactions with the built environment, including the New York City subway system, to pinpoint the probable locations of potential contamination and the likelihood of those locations being points of disease transmission. Such hyper-local data is essential for containing and eradicating COVID-19, as well as future threats. They call the project DETER, for Developing Epidemiology mechanisms in Three-dimensions to Enhance Response.