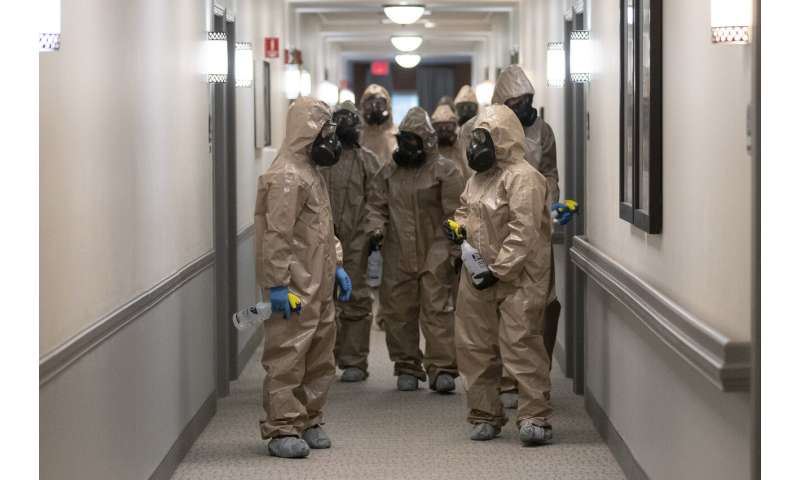 Take the New York metropolitan area’s progress against the coronavirus out of the equation and the numbers show the rest of the U.S. is moving in the wrong direction, with the infection rate rising even as states move to lift their lockdowns, an Associated Press analysis found Tuesday.

Scientists warn those numbers will only grow as governors and local officials across the country ease their stay-at-home restrictions and reopen businesses.

Meanwhile, Britain’s official coronavirus death toll, at more than 29,000, surpassed that of Italy to become the highest in Europe and second-highest in the world behind the United States.

In the U.S., some states took continued steps to lift the lockdown restrictions that have thrown millions out of work, even as the country recorded thousands of new infections and deaths every day. Public health experts warned the easing could result in tens of thousands of additional deaths.

The New York metropolitan area, consisting of about 20 million people across about two dozen counties, including the city’s northern suburbs, Long Island and northern New Jersey, has been the hardest-hit corner of the country, accounting for at least one-third of the nation’s 70,000 deaths.

When the still locked-down metropolitan area is included, new infections in the U.S. appear to be declining, according to the AP analysis. It found that the five-day rolling average for new cases has decreased from 9.4 per 100,000 people on April 9 to 8.6 on Monday.

But taking the New York metropolitan area out of the analysis changes the story. Without it, the rate of new cases in the U.S. increased over the same period from 6 per 100,000 people to 7.5. 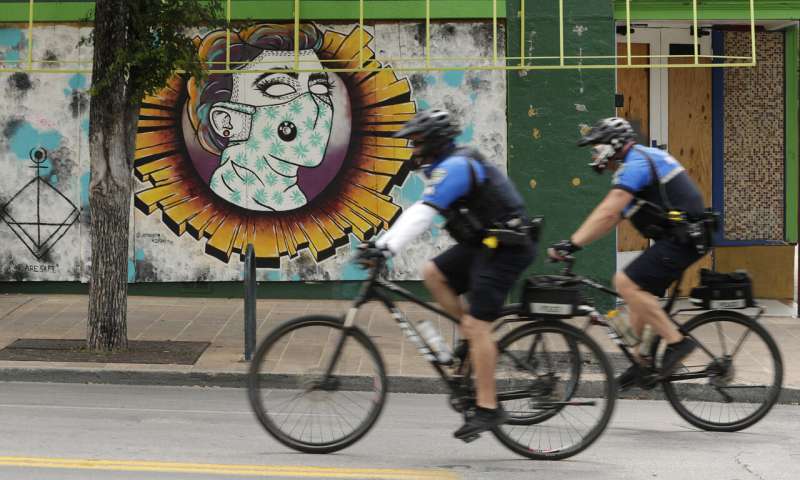 While the daily number of new deaths in the metropolitan area has declined in recent weeks, it has merely plateaued in the rest of the U.S., the AP analysis found.

Deaths in Iowa surged to a new daily high of 19 on Tuesday, and 730 workers at a single Tyson Foods pork plant tested positive. On Monday, Shawnee County, home to Topeka, Kansas, reported a doubling of cases from last week on the same day that business restrictions began to ease.

“Make no mistakes: This virus is still circulating in our community, perhaps even more now than in previous weeks” said Linda Ochs, director of the Shawnee County Health Department.

Gallup, New Mexico, is under a strict lockdown until Thursday because of an outbreak, with guarded roadblocks to prevent travel in and out the town and a ban on more than two people in a vehicle. Authorities have been sending water tankers into town, hospital space is running short, and a high school gym has been converted into a recuperation center with 60 oxygen-supplied beds.

New infections per day in the U.S. exceed 20,000 and deaths are well over 1,000, according to figures from Johns Hopkins University.

On Monday, one widely cited model from the University of Washington nearly doubled its projection of deaths in the U.S. from the coronavirus to around 134,000 through early August, with a range of 95,000 to nearly 243,000. 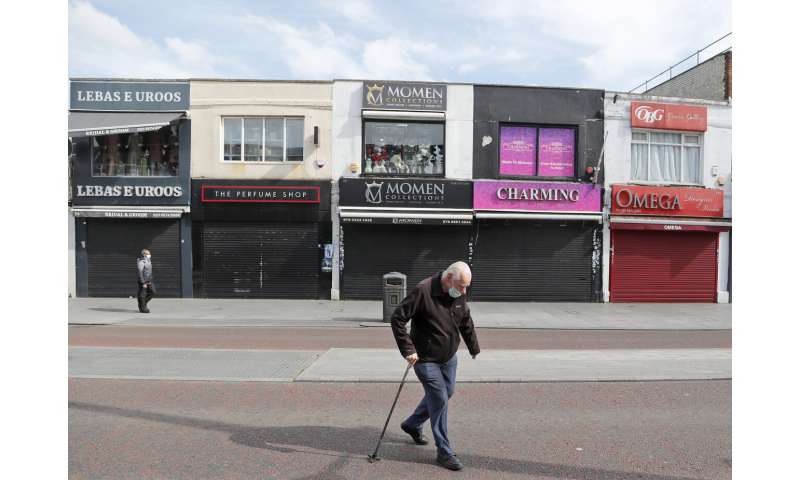 Dr. Christopher Murray, director of the institute that created the projections, said the increase is largely because most states are expected to ease restrictions by next week.

Without stay-at-home orders and similar measures, Murray said, “we would have had exponential growth, much larger epidemics and deaths in staggering numbers.” But cooperation is waning, with cellphone location data showing people are getting out more, even before their states reopen, he said.

“The rise in mobility in the last week to 10 days is likely leading to some transmission” of the virus, Murray said.

Dr. Zuo-Feng Zhang, a public health researcher at the University of California at Los Angeles, said it worries him that the rate of new cases is increasing at the same time some states are easing up.

“We’re one country. If we’re not moving in the same step, we’re going to have a problem,” Zhang said.

He worries that new hot spots will form and said he is particularly concerned about Florida and Texas, places where cases have been rising steadily and the potential for explosions seems high.

While death rates in places have been trending down, that could change as cases rise rapidly and hospitals become overwhelmed, he said. 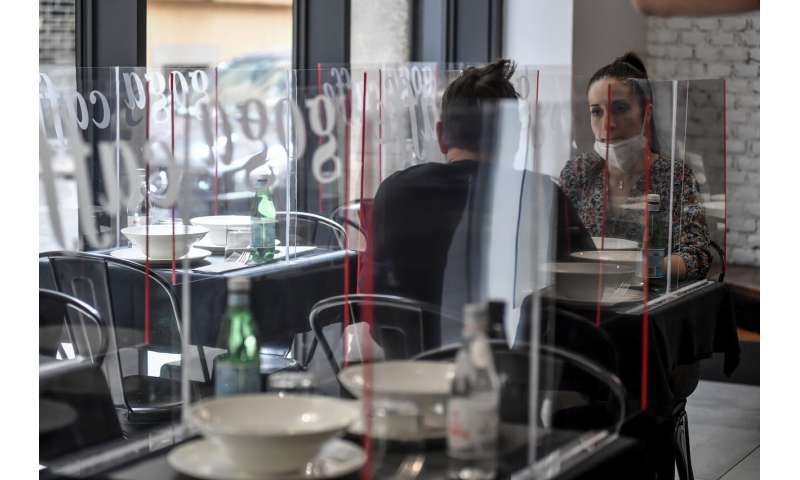 Governments around the world have reported 3.6 million infections and more than a quarter-million deaths. Deliberately concealed outbreaks, low testing rates and the severe strain the disease has placed on health care systems mean the true scale of the outbreak is undoubtedly much greater.

The British government said about 29,400 people with COVID-19 have died in hospitals, nursing homes and other settings, while Italy reported just over 29,300 confirmed fatalities.

Both countries’ counts are probably underestimates because they do not include suspected cases. Britain reported more than 32,000 deaths in which COVID-19 was either confirmed or suspected; a comparable figure for Italy was not available.

Even so, the rate of deaths and hospitalizations in Britain was on the decline, and the government prepared to begin loosening the lockdown.

A trial began in Britain of a mobile phone app that authorities hope will help contain the outbreak. The app, which warns people if they have been near an infected individual, is being tested on the Isle of Wight, off England’s southern coast. The government hopes it can be rolled out across the country later this month.

Many European countries that have relaxed strict lockdowns after new infections tapered off were watching their virus numbers warily.