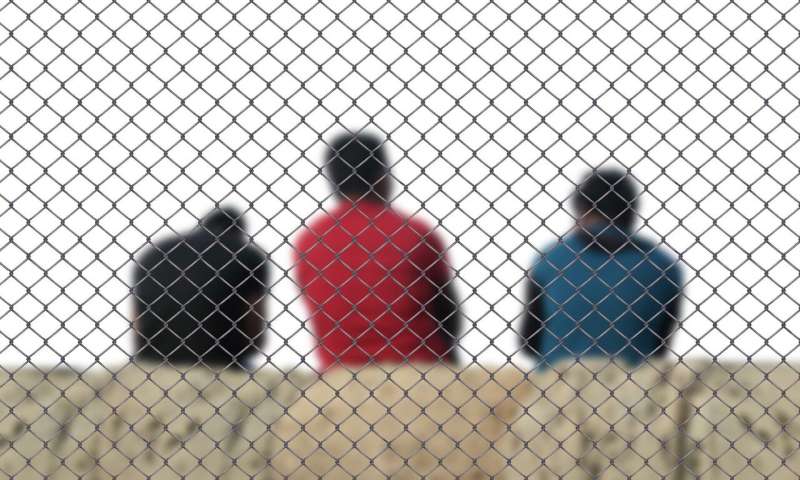 Latino/a adolescents with a family member who was detained or deported beginning as early as 2017 were at high risk of suicidal thoughts, early alcohol use, and risky behaviors that can lead to school failure and chronic health problems. The findings were published today in JAMA Pediatrics.

“Our study offers the first direct scientific evidence indicating that current U.S. immigration policies might contribute to serious mental and behavioral health risks for Latino/a youth,” said Kathleen M. Roche, MSW, Ph.D., an associate professor of prevention and community health at the George Washington University Milken Institute School of Public Health (Milken Institute SPH). “A deportation or detention in the family may put these young people, most of whom are U.S. citizens, at risk of serious health problems and a downward trajectory that could be hard to reverse.”

Since early 2017, the U.S. government has announced or put in place numerous immigration policy changes, such as a substantial push to detain or deport many immigrants, including those who had lived and worked in the United States for many years. In this study, Roche and her colleagues surveyed 547 Latino/a youth attending middle or high school in suburban Atlanta. Most of the students were 11 to 14 years old when enrolled in the study and had been born in the United States.

The researchers surveyed the participants again six months later asking if they had experienced suicidal thoughts, used alcohol, or engaged in risky behaviors such as aggression or delinquency during the time between the first and second survey.

The team found that tweens and teens with a family member who had been detained or deported had more than twice the risk of suicidal thoughts, a warning sign that can lead to a suicide attempt.

These same Latino/a youth also had nearly three times the risk of reporting early alcohol use. Youth who report drinking alcohol during early and middle adolescence are at higher risk of developing a substance abuse disorder later in life, Roche said.

The team found the same group of teens were also more likely to show a high level of problem behaviors, such as aggression or truancy. These so-called externalizing behaviors are frequently a reaction to trauma exposure. Contrary to any assumption that teens in immigrant families are already likely to show such behaviors, this study shows the increase occurred after family members were deported or detained, Roche said.

“This study found that among kids with a deportation or detention in the family, 28 percent later reported thinking of killing themselves sometimes or often; 18 percent said they had consumed alcohol and 23 percent had engaged in a high level of risky behavior,” Roche said. “The findings are worrisome because these kinds of risks during the early teen years often result in problems well into adulthood.”

Roche cautions that one study alone cannot provide hard and fast proof that the current U.S. immigration policies are harming Latino/a youth. She adds that adolescents engage in risky behaviors and have thoughts of suicide for reasons other than a deportation or detention in the family.

“However, this study controlled for important factors such as the quality of parent-child relationships and risk behaviors reported at the study’s start,” Roche said. “We still found a strong association with deportation or detention of a family member and the threat of serious behavioral, mental health, and social problems among young adolescents.”

The findings add to concerns about the long-term public health impact of deportations, detentions, and other immigration policies on Latino/a families. A study published by Roche in 2018 looked at Latino/a parents and found that changes in U.S. immigration policies may have triggered clinical levels of anxiety and fear—distress that can be passed along to their children.

And in a study published Jan. 6, 2020 in the Journal of Family Issues, Roche and her colleagues conducted focus groups with Latino/a parents, finding that many reported fear and daily life stressors related to U.S. immigration policies. In that study, parents, most of whom were legal residents or U.S. citizens, reported they and their teenage children were subjected to a pervasive uptick in discriminatory comments at work, school or out in public.

In the new study, the researchers focused on teenagers because they are old enough to be involved in family discussions about a pending deportation or detention and can be exposed to more fear and anxiety surrounding that process compared to younger children.

In addition, adolescents are at a vulnerable stage of life when trauma exposure is related to changes in brain structure, Roche said. Prior research suggests that, without mental health services, teens exposed to a trauma like family separations are at risk of post-traumatic stress disorder and chronic mental health problems, including depression or drug and alcohol use. Mental health problems can also lead to difficulties in school or on the job.